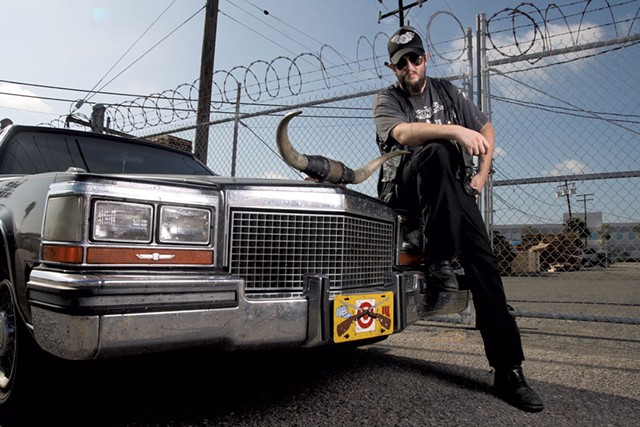 Once upon a time, during jazz fest I used to declare this column a "jazz-free zone." It was a place in the music section reserved for covering events that didn't fall under the ever-expanding umbrella of the Burlington Discover Jazz Festival. I didn't do that because I was a smart-ass who liked to provoke jazz fans. Well, at least not entirely. Rather, it was an effort to give some shine to a few events around the state that might otherwise get blotted out by the festival's long shadow.

In recent years, I abandoned that angle. For one thing, the festival grew to be increasingly inclusive, and there simply aren't that many shows happening that are not part of BDJF. For another, as the late trombonist Rick Davies pointed out in an online comment to one of those columns, "A jazz-free Soundbites? How is that different from any other week?"

In other words, even with lots of coverage in other parts of the paper, it was a disservice to not write about jazz in the column during the 10 days of the year that it takes center stage in Burlington. That's especially true given how infrequently jazz is covered in these pages. (And touché, Rick.)

But this week, on the eve of the BDJF, we're doing a bit of a throwback to those old columns, because, well, some stuff is happening that actually isn't jazz-related. I know. I'm as shocked as you are.

So without further ado, let's hop in the wayback machine for a (mostly) jazz-free edition of Soundbites.

Believe it or not, BDJF isn't the only big festival happening in Vermont this weekend. The other is the Pickin' in the Pasture Music Festival at the Rockingham Hill Farm this Friday and Saturday, June 3 and 4.

This is the second year of PITPMF, and the organizers have put together a rowdy lineup that should appeal to fans of bluegrass, folk and country and anyone else who likes their music cut with a shot of moonshine. And anyone who likes really incredible band names. To wit...

The slate this year includes Carrie Nation and the Speakeasy, Bob Wayne and the Outlaw Carnies, Possessed by Paul James, Dead Soldiers, Sean K Preston and the Loaded Pistols, Gallows Bound, the Harmed Brothers, Tigerman WOAH, JD and the Six Feet Deep, Jakobs Ferry Stranglers, Saints and Liars, and the Bone Factory, among others.

Is it me, or does that seem like a lot of bands with a predilection towards violence and/or death? Must be that gothic Americana thing. 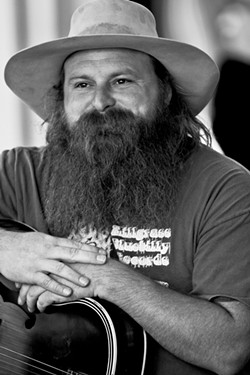 Most of those bands are pretty well-known in twangy circles. But I'm most excited about another artist at the fest: Willy Tea Taylor. For one thing, just look at the dude's beard. That thing is amazing. For another, I believe he is the world's foremost — read: only — purveyor of "baseball folk."

Taylor's latest record is called Knuckleball Prime, which is how Taylor thinks of his current phase of adulthood. In his youth, Taylor was a baseball player, and apparently a pretty good one. But a knee injury at 18 ended his career, so, naturally, he took to music. But what does that have to do with knuckleballs?

"Most baseball players peak in their twenties," writes Taylor on his website. "But knuckleball pitchers tend to blossom in their thirties and forties. I'm staring down my knuckleball prime."

And he seems to be blossoming, much like knuckleballers such as Charlie Hough, Tim Wakefield, RA Dickey and, most recently, Steven Wright did later in their careers. His record is a stirring, quirky strain of rootsy Americana, influenced in equal measures by the likes of Bob Dylan, John Hartford and Willie Nelson as Weird Al Yankovic. It also boasts some ace players including Gabe Witcher and Noam Pikelny of Punch Brothers and Sara Watkins of Nickel Creek, to name a few.

For more on the Pickin' in the Pasture, visit the fest's Facebook page. Oh, and if you can't make the event, you can catch Taylor at Radio Bean on Wednesday, June 1. 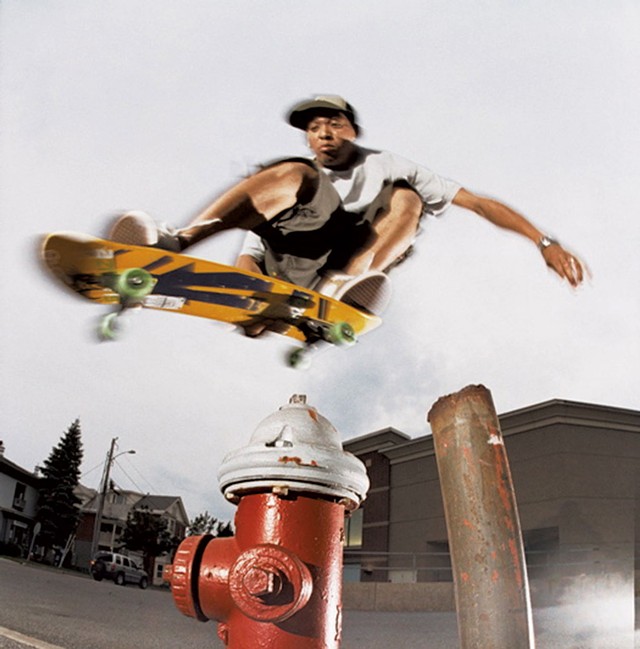 It's been more than two years since Andy "A-Dog" Williams died from leukemia. But his memory lives on in Burlington through events such as the annual A-Dog Day in August and the work of the nonprofit foundation established in his honor, Friends for A-Dog. This Saturday, June 4, Williams' legacy will be set in stone — literally. That day, the new skate park on the Burlington waterfront will officially be known as the Andy A-Dog Williams Memorial Skate Park.

To celebrate the occasion, Friends for A-Dog has a full day of events planned at the park. There will be music from local DJs Crusty Cuts and Mashtodon. Guest speakers will include reps from the Tony Hawk Foundation, Friends for A-Dog, the King Street Center and Burlington Mayor Miro Weinberger. There will be a bone-marrow drive. And there will be a skate competition, "Ollie High for Sean Stem," in honor of the late Stem, who passed away early this year and, like Williams, was an avid skateboarder.

That evening, there will be a dinner and after-party at Red Square, with Bento sushi and music from Andy Lugo, Jahson, Benny L, C-low, Big Dog and Mashtodon.

We miss you, Andy.

I know, I know. But the show is technically on the BDJF calendar. And I assume the "Anti-Jazz Fest" thing is meant in good humor — or is directed at jazz festivals in general. Plus, those are three seriously killer local metal bands. And Iron Maiden had their jazzier moments, right? [Editor's note: No.]

Last but not least: So you wanna be a music journalist, eh?

Last week, Seven Days posted an ad advertising the position of assistant music editor — find the print version in this week's classifieds. Predictably, I've been deluged by emails, Facebook messages and texts with questions. So, I'd like to close this week by answering the most common queries. Here goes.

Yes, it is a full-time position. Yes, you will be working directly with me, intimately. No, I'm not leaving the paper. Yes, it's a dream job. No, the job doesn't consist solely of going to shows for free. Yes, you must be able to write — well. Yes, you have to live in Vermont. Yes, it can be a very stressful job — nightmares are also dreams, you know. And, yes, I love it. I hope you will, too, whoever you end up being.

The Strokes, Future Present Past

PUP, The Dream Is Over

Islands, Should I Remain Here at Sea?