Soundbites: Of Holiday Shows and Hangovers

Judging by my eggnog-induced hangover last Sunday morning, it appears we're in the heart of the holiday party season. Also, could you speak quietly for the next 1,200 words or so? And if anyone in the vicinity of Loomis and North Willard streets finds a sparkly red and green sweater with Rudolph's face on it — the nose lights up! — could you return it to the Seven Days office by this weekend? It's, er ... a friend's. Ahem.

Where was I? Ah, yes. Holiday parties. Don't drink the eggnog.

Given that we're only two weeks away from celebrating Santa's birthday, we've reached prime time for holiday-themed rock-and-roll shenanigans — and the likelihood that they will land you squarely on the "naughty" list. This week we're visited by several such showcases, three of which, in particular, I'd be remiss not to bring to your attention.

The first holiday show is, um, the Holiday Special, on Tuesday, December 16, at the Skinny Pancake in Burlington. Harkening back to the days of classic, star-studded TV Christmas specials, this show is loaded with marquee local talent. The evening begins with a set by Colin Clary's new outfit, Colin & the Clarys. By the way, I hearby submit that Clary's next band be called Colin Clary's New Outfit. It should be a four-piece indie-rock band with each member wearing a warm, fuzzy sweater. (Also, it should be noted that 7D employees Michael Bradshaw and Jeff Baron are members of the current Clarys.) 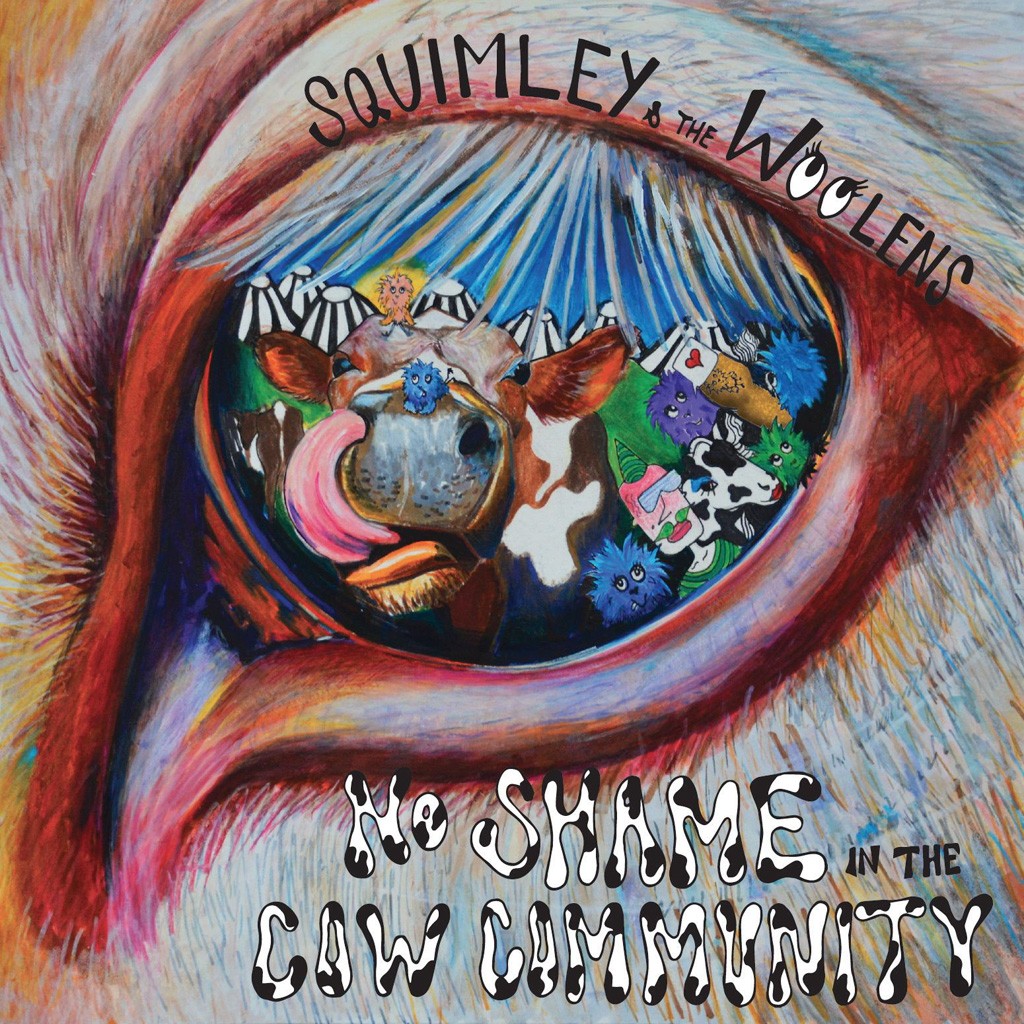 A few notes: For years, Hughes hosted the preeminent holiday hootenanny in town, the Ho Ho Hoedown, so I expect some cool, countrified caroling. He's also responsible for writing, along with BTV expat Neil Cleary (the Pants), one of my favorite Christmas songs ever: "Just What I Always Wanted." Here's a line from that one: "Sorrow, pain and misery / are the presents you gave me. / Did you have to be so generous, my dear?" So good.

Sadly, the Hoedown has been on hiatus the past couple of years, probably because it's a colossal pain in the ass to coordinate. Though last year, Hughes and Wright began collaborating on some lovely, melancholy holiday fare for a few intimate performances around town that they called the Holiday Show-Ho-Ho. So I don't think it would take a Christmas miracle to expect a sweet, sad duet or two. In fact, since they'll be reprising that very show at Pizza Barrio the night before the Holiday Special, on Monday, December 15, I'd say there's a very good chance.

Gustafson is no stranger to Christmas music herself, as a founding member of the Physics Club, which also features Swale's Jeremy Frederick and keyboardist Adam Cooper Wood. That band has released some of the quirkiest and funniest original Christmas music in local history. Each of their three albums, A Very Special Time Together (2007), A Physics Club Christmas (2008), and CHRISTMAS (2011) is essential holiday listening. Check 'em out at physicsclub.bandcamp.com. The Holiday Special is a benefit for the Chittenden Emergency Food Shelf, NOFA-VT's Share the Harvest and the Cystic Fibrosis Foundation.

Finally, on Saturday, December 13, the E Street Band's Everett Bradley brings his new funkdafied "Xmas-rated" holiday show, Holidelic: Sugar Daddy, to the Rusty Nail in Stowe. In addition to his duties with Bruce Springsteen's famed backing band, Bradley, aka Papadelic, is the self-described "ghetto fabulous godfather of fa la la funk." If that line doesn't sell you on this holiday funk spectacular, I just don't know what will.

Speaking of the Rusty Nail, if you're headed to see iconic Brooklyn rapper Masta Ace at the Rusty Nail this Friday, December 12, do yourself a solid and show up early to check out the local talent opening the show. These include the Lynguistic Civilians, fresh off releasing a nifty new EP with live band the Mangroves — see the review on page 79 — and a newer group, Maiden Voyage, that I'm starting to hear a bit of a buzz about. But the special treat is the return of seminal Vermont hip-hop group the Aztext. 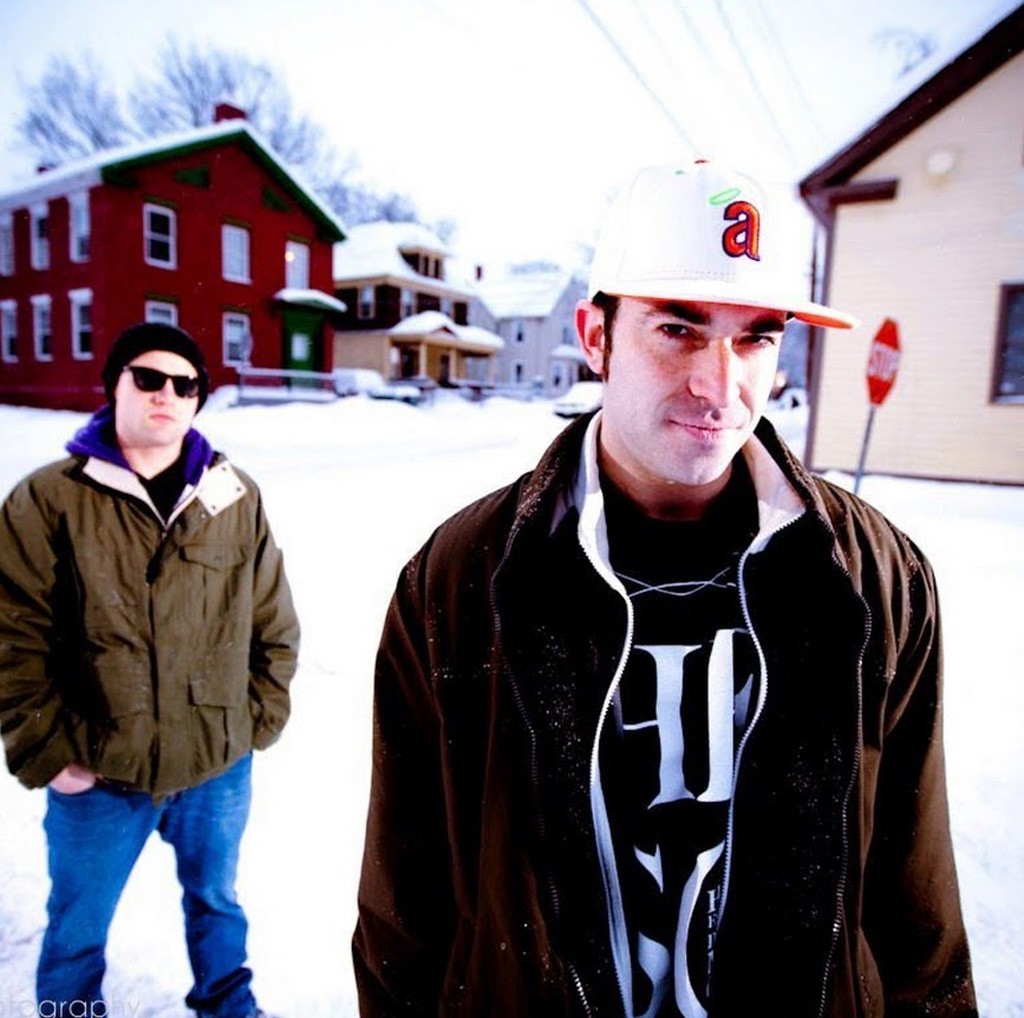 If you'll recall, the Aztext have drastically scaled back on performing and recording in recent years. On one hand, that's allowed cofounding rapper Learic to pursue other outlets, which has led to him producing some of the best albums of 2014, in any genre — most notably Take Flight with the Write Brothers and This Is How It Must Be with the Precepts. On the other hand, it means we don't get to hear the Aztext very often. So when you get a chance to do so, you take it.

If you missed indie songstress Mirah when she was in town earlier this year, fret not. She's coming back to Burlington on Sunday, December 14, as part of her Living Room Tour. So in whose living room will she be playing? Good question.

Mirah, whose 2014 record, Changing Light, is one of the saddest and most beautiful records I've heard this year, will play at the Study Hall, which is an office space on College Street above Stone Soup — and not, technically speaking, a living room. Whatever. Tickets are super limited, but still available as of this printing at undertowtickets.com.

We have a Villanelles sighting! Since the local indie-rock band resurfaced at this summer's Grand Point North festival after a loooong hiatus, I've been anxiously awaiting more from them. And this Thursday, December 11, that's exactly what we'll get. The band will split a bill with Montpeculiar garage-blues rockers Lake Superior at Manhattan Pizza & Pub in Burlington — which, as I've mentioned before, is secretly a really cool place to catch a show.

Last but not least, congrats to local rockers Squimley & the Woolens, who release their latest record, No Shame in the Cow Community, with a show at Radio Bean this Friday, December 12. The album was recorded with Ryan Power at Stu Stu Studio, and while I've yet to dig in, I'm expecting good things.

Though it fell farther along the jam spectrum than I typically enjoy, the band's 2014 debut, 10,000 Fire Jellyfish, was very well done and balanced flights of noodle-rock fancy with sincere attention to songcraft. In other words, their jams served to augment their songs, and not the other way around, which I appreciate. Look for a review of that record in the new year. m