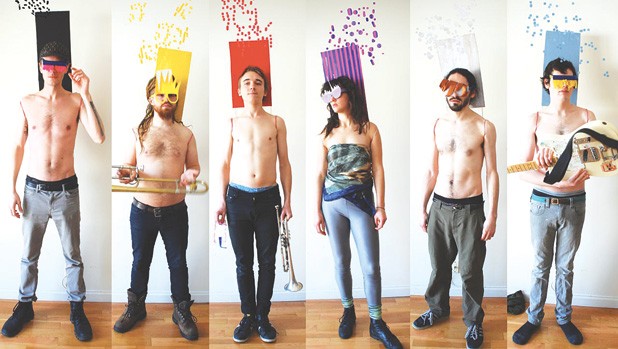 So much hype. So little payoff.

No, no, I’m not talking about this column, or Anchorman 2. I’m referring to New Year’s Eve.

(Important note: Due to early deadlines at Seven Days, this column was written on December 15, three days before Anchorman 2 came out. It’s possible the movie is good, and I’ll look like an ass when this runs. But given the film’s aggressive over-promotion and the dearth of advance reviews published leading up to the release — never a good sign — I really doubt it. I hope I’m wrong.)

Back to the point, I’ve never entirely understood the hubbub surrounding NYE. I mean, I get that it’s a natural time to celebrate the year that was and to look ahead at the promise of a clean slate. But the ratio of planning and expense to actual fun times on NYE has always seemed like fuzzy math. Why am I supposed to be excited about paying $75 to hang out at a bar I usually go to for $5? Oh, right. Cheap champagne in plastic flutes!

So we begin this year’s NYE preview by looking at some goings-on in the days leading up to the ball drop that, for my money, look to be at least as enjoyable as the bulk of the area’s NYE bashes.

We begin at Nectar’s and Club Metronome. If you’ve been following along in recent weeks, you know that Grace Potter & the Nocturnals drummer Matt Burr has been jamming with some notable locals, including Bob Wagner, Josh Weinstein and Dan Munzing, as Dark Side of the Mountain, a Pink Floyd tribute act. With the help of some special guests, each Wednesday in December — ’cept Jesus’ birthday, of course — the band has mined the depths of the Floyd catalog. And judging by the hubbub on the Facebooks, it’s been quite a show.

The band’s residency wraps up this Sunday, December 29, at Club Metronome, with an all-star blow-out jam. Slated to appear are soul/rocksteady diva Kat Wright, Waylon Speed’s Kelly Ravin and the High Breaks’ Matt Hagen. But the big name here is keyboardist Marco Benevento, who likely needs little introduction ’round these parts.

Also, if I were a betting man, I might lay decent odds on Burr’s wife showing up, too. Just a hunch.

(As an aside, do you think Burr ever gets tired of being referred to as “Grace Potter’s drummer/husband,” as I’ve seen other publications describe him lately?)

Speaking of Hagen, on Friday, December 27, Nectar’s is hosting a beach party called Swell that features the surf-rock stylings of the High Breaks, DJ Nickel B spinning surf tunes and other beach-friendly music, as well as some as-yet-unnamed acts. Word is the joint is going to crank the heat, so the promise of free entry with beach attire seems less foolhardy than awesome. I’m told there will also be specials on beach-y cocktails and a beach-themed photo booth. Now, if they really wanted to go all out, they’d truck in a bunch of sand for the floor, like that UVM frat whose party I went to in college. Ah, youth…

Moving on, rootsy soul duo Dwight & Nicole have been pretty quiet locally since Nicole Nelson’s impressive run on NBC’s “The Voice” last year — just google her rendition of “Hallelujah,” if you missed it. We’ll wait…

Anyway, they’ll be at the Higher Ground Showcase Lounge this Friday, December 27, with Ryan Montbleau. I’ve been saying this pretty much since they landed in Burlington a few years ago, but Dwight & Nicole are easily one of the area’s most compelling live acts, so take any chance you get to catch them in person.

Finally, happy birthday to the Monkey House in Winooski, which turns seven this Saturday, December 28. The blowout bash features some killer local talent, including Dino Bravo, Blue Button, Black Rabbit, Eastern Mountain Time and Phil Yates & the Affiliates, with more to be announced.

But the real news here is that this show will either be the last on the bar’s current stage, which sits in a corner by the front door, or the first on its new stage, which will go in the back of the room and, presumably, be far less cramped. Either way, that sounds like a reason to celebrate.

By now, you’re probably saying something like, “Gee, Dan Bolles. That was great and all. And you’re right about NYE being overblown. But we still need some suggestions for what to do that night. I mean, isn’t that, like, your job?”

OK, fine. Here’s a quick rundown of some best-bet options for a Ryan Seacrest-less NYE.

The big bash on the docket is undoubtedly Rubblebucket’s two-night stand at the Higher Ground Ballroom. Alex Toth, Kalmia Traver and co. have inherited the year-end blowout from Grace Potter & the Nocturnals. And, like GPN, they’ve taken to inviting some top-notch local and regional talent to open the shows. On Monday, December 30, the band will be joined by Heloise and the Savoir Faire and Montréal’s How Sad. And on Tuesday, December 31, show up early for Brooklyn-based cave-music progenitors Moon Hooch and our own sons of Death, Rough Francis. (Full disclosure: RF’s Bobby Hackney works for 7D and will be laying out this very page. ’Sup, Bobby?)

Meanwhile, ArtsRiot on Pine Street has become Burlington’s most-talked-about venue since its debut at this year’s Art Hop. So you know it’s probably got something cool for the Eve. Indeed, the club/gallery/restaurant features two sets from the Hypnotic Brass Ensemble, who rocked a sold-out Signal Kitchen show with their badass fusion of jazz and hip-hop in October. It’s a pricey ticket, but there’s an open bar and catered food, which you know will be good.

Deadheads, take note: local Jerry Garcia Band acolytes Cats Under the Stars take residency at Club Metronome to host a special two-night NYE incarnation of the weekly tribute series Dead Set. And if irie vibes are more your NYE style, the Mi Yard crew hold court downstairs at Nectar’s, and there is a discounted deal for those who want to hang out on both floors.

Some other local NYE options worth mentioning include the Snow Ball with Josh Panda and the Hot Damned at the Skinny Pancake in Burlington, surf punks Torpedo Rodeo at the Reservoir in Waterbury, Barika at Radio Bean in Burlington, TallGrass GetDown at Sweet Melissa’s in Montpelier, and, if bar bands are more your speed, the likely final show from longtime area rockers PleasureDome at On Tap in Essex Junction.

A peek at some personal favorite records from 2013.