A thought occurred to me the other day as I headed out to catch a show. For all the changes in the music industry — specifically, the differences in how we discover and consume music — the old ways haven't lost their power.

What I mean is that, more often than not, I don't learn about a band from social media or searching Bandcamp or Soundcloud, though all those methods have yielded gold in the past. Rather, most good recs still come from that most reliable of sources: Someone yelling over house music at a bar to tell me about a show they saw the previous weekend.

There are certainly downsides to this ancient method of recommendation: Band names are mangled; no one ever describes the genre accurately; someone lies about the bassist being into them ... all the standard issues. But, at the end of the day, I heard about almost every band in town that has blown me away from the prophecy of an excited/inebriated friend. If you don't have at least one person in your life ranting to you about music you've never heard of, do yourself a favor and find one.

The latest example of this phenomenon is Lily Seabird. It seemed there were months when I couldn't get through a music conversation with anyone before they stopped mid-sentence to interject, "Yo, Lily Seabird, though." Thus began the dreaded "I've heard of her" responses that always make me die inside a little.

Then, this month, Lily Seabird released Beside Myself, and I quickly understood what all the buzz was about. The eight-song album is as strong a debut record as you'll find, a lo-fi yet colorful collection of slow-burn indie rock.

Lily Seabird — real name Lily Seward — writes songs that are at once confessional and cathartic and full of pop hooks. It's a devastating combo, heightened by the juxtaposition of her ethereal voice and the grit that she and her band put into Beside Myself's tracks. One listen to "Fire Song" will give you a sense of her embarrassment of riches, from the earworm melody to the crunchy guitars to the horn section coming in for the chorus.

Seward played the horns herself, she told me as we sat down recently for a chat about her new record.

"I actually started the whole music thing when I learned to play saxophone when I was 9," she said. "Other kids had sports and activities or whatever, but all I wanted to do was play sax. So I wrote my mom this letter about why I wanted one."

The letter did the trick, and she got that saxophone.

"I still have it, actually," Seward said with a laugh as she brushed her bangs off the top of her glasses, squinting in the sun. "It's in my car right now. I'm going to go play on a friend's album!"

By 13, she was playing in her school jazz band. She'd picked up the guitar and started to write songs. She played in all-girl punk bands in high school, then moved to New York City in 2017 to attend the New School, a university with a strong performing arts program.

From the get-go, however, she knew NYC wasn't the right fit for her.

"I just had this bad feeling about the city that was building the whole time I was there," Seward confided. "It just got stronger and stronger. One day I sort of realized, I hate it here; I need to move, because I think something bad is going to happen."

Not long after she dropped out of the New School and moved north to Burlington, the pandemic reached the U.S.

"I was living with eight people in a four-bedroom apartment in the city," she said. "It really sucked. So I'm just so glad I got out when I did."

It didn't take Seward long to make a splash in the local music scene. She transferred to the University of Vermont, where she connected with bassist Noah Schneidman, coproducer of Beside Myself. Not long after, she met Charlie Hill, a Burlington expat formerly of indie rockers Bison, who plays solo under the moniker Chazzy Lake. Hill mastered the recordings that Seward and Schneidman made in his apartment over the winter, and those became the album.

"I tried to do it all myself at first," Seward admitted. "But I'm a perfectionist, and the fact that I didn't know what I was doing yet, as far as recording — it just pissed me off. But that's what's cool about Burlington. Almost everyone I know is a songwriter or musician themselves, and they dig working together."

The record's first single, "Bug," dropped in May. It's a fuzzed-out rocker that finds Seward singing about feeling small and wanting to be "someone a little less like me." The notion of embodying multiple people in one is pervasive, with many of the songs conveying a sort of mourning for what Seward sees as fading innocence.

"I wrote these songs mostly between when I was 17 and now," the 22-year-old said. "In that time, I feel like I've stopped being a girl and become a woman. But there are times when I miss that person, the girl I was, who was maybe a little less jaded sometimes."

On the flip side, Seward welcomes the new assertiveness she gained from making her album.

"I don't give as much of a fuck as I used to," she said with a grin. "If I want to play a show with a band, I just email them and say, 'Hey! Can I play with you?' The impostor syndrome has faded."

With a record like Beside Myself, it's no wonder Seward feels like the real deal. Check it out at lilyseabird.bandcamp.com.

A Redux of Time

When Sean Hood finished his latest Eastern Mountain Time record, Seven, back in spring 2020, he faced the same conundrum that many other musicians did at the time: What the hell to do with it? Everyone was trapped in their homes, lying about learning to bake bread or speak a second language. Or they were out in the streets protesting police brutality.

It wasn't the ideal situation in which to release a record, as Burlington artists such as Francesca Blanchard and Rough Francis discovered. While Hood knew the release would be muted, he decided that "there might be some benefit or catharsis for others in putting out some new music during the lockdown," he wrote in an email.

So Hood released Seven, and, yup, the album disappeared like all the other local efforts, doomed to be a museum piece from a year no one wants to remember. Which was a shame, because the record is one of Hood's best — true-blue Americana full of clever songwriting and good ol'-fashioned country-guy blues.

"The record wasn't really finished," he said. "And I don't love the version that I shared back then."

So Hood remixed and even resequenced the record, adding a new cover for the rerelease. The new, shinier and less quarantine-affected Seven will come (back) out in early November on Burst & Bloom Records. The streaming release at burstandbloom.bandcamp.com will be accompanied by a physical release with a small number of CDs available.

Joshua Glass has finally released the video for "Megaphone," the first single off his 2020 album, Smile Off the Clock. Featuring Glass sauntering through South Burlington's University Mall playing a ukulele as he laments an old lover stepping out on him, the track is a catchy slice of late-'70s singer-songwriter AM gold, and I'm here for it all day. Fellow singer-songwriter Andriana Chobot, who often plays dueling piano shows with Glass, costars as the ex who's letting the city know she's found a new beau.

Why is the video dropping a year after Smile Off the Clock was released? On Facebook, Glass explained that making a DIY music video in the time of COVID-19 was anything but easy.

"The whole thing was a year in the making," Glass wrote. "But believe us, it wasn't supposed to be. A combination of characteristically unpredictable Vermont weather, crazy schedules, and the second wave COVID hitting this state — only a week after filming began — forced us to constantly change locations, the plot of the film, and our mindsets."

Kudos to Glass for sticking with it and releasing the video, which is up now on the artist's YouTube channel. 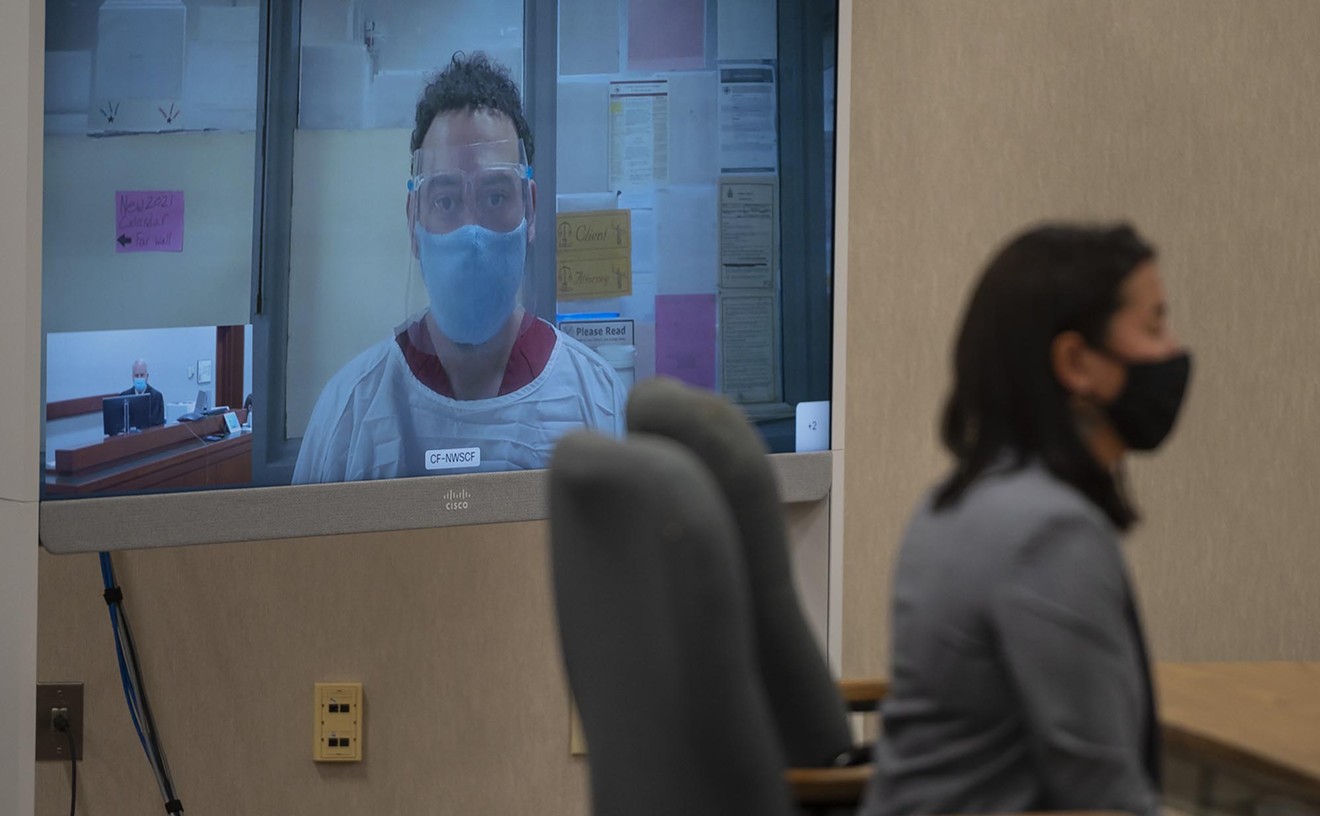