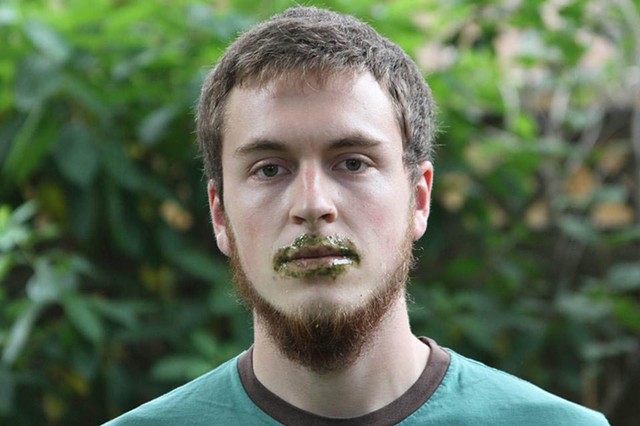 I know, I know. Whether you're happily coupled, happily single or unhappily either, Valentine's Day pretty much sucks. But maybe it doesn't have to. Hear me out.

Once you get past the artificial, culturally mandated expectations — the gifts, the flowers, the cheesy cards — what does Valentine's Day really boil down to? An excuse to get out and have some fun with the one you love, that's what. Or, if you're unattached, it's a chance to get out there and find someone new to have fun with. That's not so bad, is it? And what's the best — and often cheapest — way to do that? The answer is rock and roll.

With V-Day this Sunday, February 14, most of you will likely be celebrating — or commiserating, depending — at some point over the weekend. Lucky for you, the weekend's rock calendar is chock-full of good shows during which you can get your lovin' on — well, maybe save that for after the show. Moving on...

What follows are some date-night options that, regardless of your relationship status, should make the upcoming Hallmark holiday a little more bearable — and maybe even fun.

We begin with Silver Bridget at the Skinny Pancake in Burlington on Saturday, February 13. If you're unfamiliar, SB are an instrumental trio led by musical saw player Johnnie Day Durand. And they are fantastic. The band plays a mix of old favorites from across the landscape of pop music. But with Durand's saw taking the melody, the tunes, while still familiar, are spine-tinglingly eerie — think pop music if reimagined by David Lynch ... with a saw.

Half the fun of seeing SB is is playing Name That Tune, which, come to think of it, might make for a good litmus test if you're on a first date. You can gauge how music-savvy your date is by how quickly he or she recognizes a given tune. If it takes more than a couple of measures to ID the Beach Boys or Neil Young, bail. Fast.

If heavier music is more your speed, the weekend offers a plethora of opportunities to rock out. At the Monkey House on Friday, February 12, a trio of hard-rocking locals take the stage, including alt-rock torch bearers Phantom Suns, former Farm-hands the Mountain Says No and a band hailing from the wilds of the Northeast Kingdom called Grand. That last one is a new group from Newport that specializes in snarling garage pop. If you dig the New Bomb Turks, the Gories or Jay Reatard, check 'em out.

Meanwhile, the same night at ArtsRiot, local sons of Death, Rough Francis, headline a hefty bill with drowsy shoegazers Sleeping In, rapper MC Mycelium and DJ Disco Phantom. Either of those shows might offer another good test of romantic compatibility. If your date spends the whole show complaining about the volume, move on. If, however, he or she gleefully jumps into the pit — or even just stands on the sidelines with detached cool — you've got yerself a keeper.

I should note that RF's Bobby Hackney Jr. is a Seven Days employee, which means we've officially entered the wild conflict-of-interest portion of the column. That means I'm probably gonna mention Swale soon. And would you look at that? They're playing the Light Club Lamp Shop on Saturday, February 13, with Osage Orange. Regular readers should know by now that my brother is in Swale. What you might not know is that one of my best friends and former band mate Jeremy Gantz is the drummer for Osage Orange. That means I just pulled off the rarely seen hat trick of journalistic ethics violations. Don't try that at home, kiddos. Anyway, the acid test here is that if your date doesn't like either of those bands, they're clearly an asshole. But, again, I'm biased. 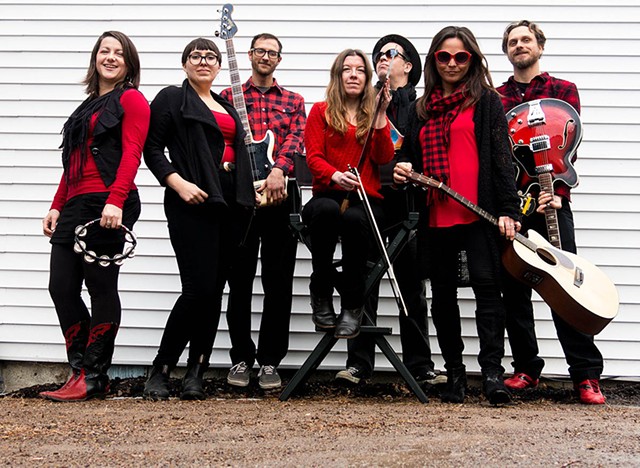 A couple of walls over at Radio Bean, the recently reformed folk supergroup the Wee Folkestra host their annual Red & Black Ball. Expect lots of lusty singin' and grinnin' from the 7-member band, including some new material and a few fresh pop covers. And if you missed Silver Bridget, you can still, ahem, cut a rug to the musical saw — Durand is in the WF, too. And I recommend showing up early to catch indie-folk duo the Leatherbound Books, who play just beforehand. If you can't fall in love listening to the LBs, it's just not meant to be. (If you need proof, check out their entry in the all-local Valentine's Day mixtape on the facing page.)

If you're still not all romanced out, head to Stowe on Valentine's Day proper. Brooklyn-based "powerfunk" outfit Turkuaz are headlining the Rusty Nail. But that's not the romantic part. Opening the show are Kat Wright and the Indomitable Soul Band, who pretty much exist solely to help Vermonters fall in love to a soundtrack of retro soul.

This Week in Bernie Boosting: The aforementioned MC Mycelium has organized a hip-hop-centric showcase in support of Sen. Bernie Sanders' presidential bid called Hip Hop Fuels the Bern. It's at the Monkey House this Monday, February 15 — aka Presidents' Day. All proceeds from the show will be donated to Sanders' campaign.

The lineup represents a who's who of local alternative hip-hop acts, including Self Portrait, Headphone Jack, Enemy Self, the Blind Continuum, Jelly Roll, Jarv, Cworner Store, Forest Gray and S.I.N.siZZle. BTW, S.I.N. is celebrating the release of his long-awaited new CD, Living in Sin. Look for a review in the coming weeks.

Happy birthday to Dead Set! The weekly Grateful Dead tribute residency on Tuesdays at Club Metronome turns three this week. On hand to commemorate the occasion is a very special guest: Vinnie Amico of moe. 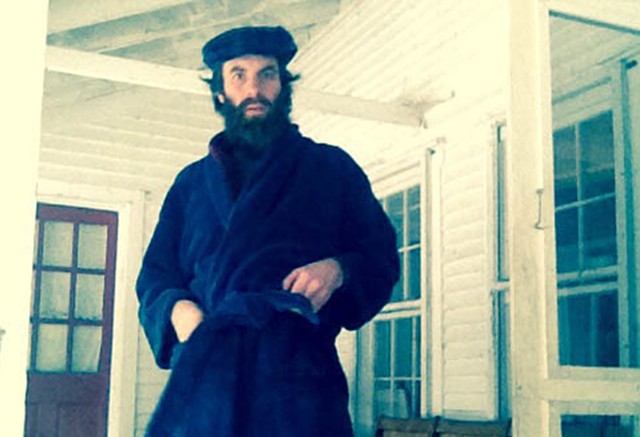 Last but not least, welcome back, Duffy Gardner! The last we heard from the central Vermont songwriter, his passion project, the alt-venue Lamb Abbey, had been ordered closed by Montpelier city officials for various code violations in 2010. Since then, Gardner has busied himself working on a new EP, Love & War, which he's recently been recording at Burlington's Signal Kitchen.

The EP's release date is still TBD. But, based on some rough mixes I've heard, it looks to be a unique and intimate record. It's fitting, then, that Gardner will premiere songs from that EP in a unique and intimate space: the chapel room at Montpelier's Bethany Church. The show is set for this Friday, February 12.

The Gaylads,Over the Rainbow's End (Best of the Gaylads)