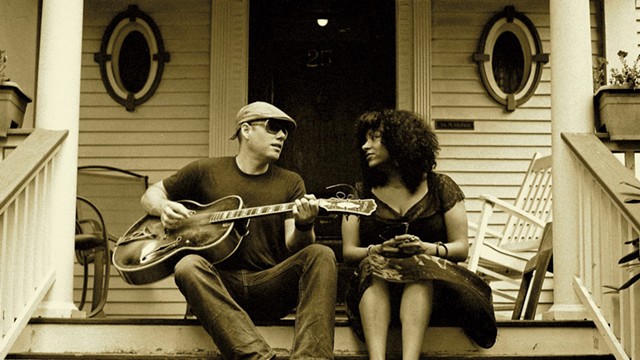 The Frendly Gathering in Windham rests atop the local music marquee this week. And you can turn here for more on that chummy three-day shindig. But in news that should surprise exactly no one, Frendly ain't the only cool music fest happing in the Green Mountains this weekend. Because music festivals are happening in Vermont every weekend from now until Labor Day. Normally, this would be the part of the column where I take local promoters aside and ask them share a Google calendar so that great fests aren't all stacked up on the same weekends. Thing is, there are only so many days in Vermont's brief summer season. And having an abundance of fun options to choose from is a good problem to have. So, let's dig in, shall we?

We start in Montpelier with the debut of a brand-new event, the Eat More Kale Festival, at Morse Farm Maple Sugarworks in Montpelier on Saturday, June 25. Spearheaded by Bo Muller-Moore — aka "the Eat More Kale Guy" — and Halogen Media Works' Justin Hoy, EMK is a family-friendly celebration of local music, arts and community. And also kale.

No word yet if the corporate trolls at Chick-fil-A have filed a frivolous and evil suit against the Eat More Kale Festival for copyright infringement on its "Eat Mor Chikin" slogan. But we'll stay on that story and break news as events warrant. In the meantime, check out emkfest.org for more details. 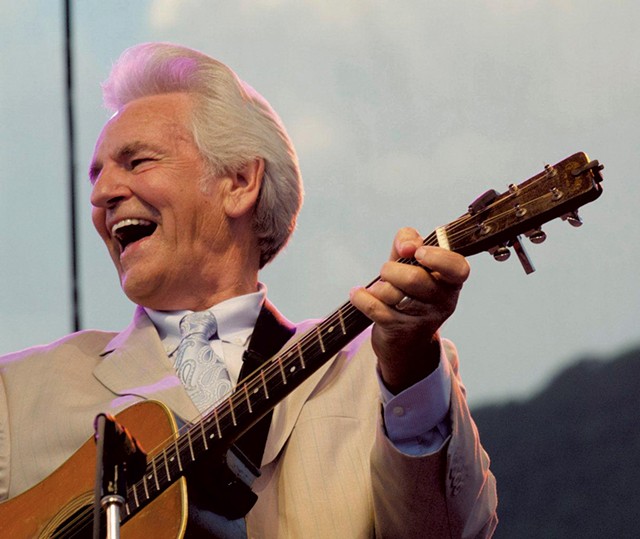 A little-known bylaw in the Vermont constitution says that no summer weekend shall pass without at least one bluegrass festival somewhere in the state. Obliging this weekend is the Jenny Brook Bluegrass Festival at the Tunbridge World's Fairgrounds.

Entering its 16th year, Jenny Brook is a hoedown, a hootenanny and a barn burner all rolled into one. The four-day fest, which runs from Thursday through Sunday, June 23 through 26, is a monster with name-brand talent to rival almost any other fest in Vermont this summer.

Jenny Brook also has some nice local flavor in the persons of Bob Amos & Catamount Crossing and the Seth Sawyer Band. Sawyer has written tunes recorded by the likes of the Warrior River Boys and the aforementioned Gibson Brothers. Also, he and his wife and bandmate, Candi Sawyer, are the cofounders and producers of the JBBF. Visit jennybrookbluegrass.com for more.

In other news, Sen. Bernie Sanders (I-Vt.) probably won't be filling out a change-of-address form at the post office, rerouting his mail to 1600 Pennsylvania Avenue, next January. But just because his hopes for the White House are a statistical impossibility doesn't mean his message isn't still resonating with supporters, especially those in Vermont.

That's the idea behind the Vermont Political Revolution Party, a star-studded local showcase at the Higher Ground Ballroom in South Burlington on Thursday, June 23. The show is presented by Rights & Democracy, a local grassroots political advocacy group focused on community building and promoting fair democracy. In addition to their noble populist ideals, it seems the folks at RAD — note the nifty acronym there — also have solid taste in local music.

Moving on, if you can only go to one show this coming week, I'd strongly suggest it be Joe Jack Talcum and F. Woods at the Light Club Lamp Shop in Burlington on Tuesday, June 28. If you're unfamiliar, Talcum — aka Joe Genaro — is a founding member and co-front man of punk icons the Dead Milkmen. I repeat: A founding member of the Dead fuckin' Milkmen is playing the Lamp Shop. If I have to explain to you why that's incredible, we really need to start seeing other people.

As for Woods, he's a pretty interesting cat himself. He's a Philly-based songwriter rooted in surf and punk. But his offbeat songs come more from outsider folk and even old-time traditions. Imagine what might happen if Jonathan Richman collaborated with the Cramps on an album of songs written by Daniel Johnston, and you're kind of in the ballpark.

In electronic music news, it's time again for Hoptronica at Red Square in Burlington. This is the 13th edition of the venue-wide house music and hip-hop showcase, curated by Nexus Artist Management and 4Word Productions. And it features, well, pretty much every DJ in town playing over three stages. It also includes a laser and light show, because of course it does.

The main draw is a live performance by Electrolads, a five-member live electronica supergroup of sorts, consisting of instrumentalists Carlo and Giovanni Rovetto, Ben Dunham, Brandon Klarich and DJ Walter Peterson. The band specializes in house, deep house and tech-house. I've never seen them, but, given their pedigrees, I'm guessing they're pretty damn good.

It all goes down at Red Square on Wednesday, June 29. Oh, and it's free.

Last but not least, you might have noticed that May came and went without that annual favorite, the Green Mountain Comedy Festival.

No, GMCF organizers didn't cancel the fest for 2016. It's just that Nathan Hartswick and Natalie Miller have been a tad busy running their laugh factory, the Vermont Comedy Club. Slackers.

Anyway, I'm pleased to report that dates and headliners for the 2016 GMCF have been announced. Mark your calendars: The festival will run from July 18 to 23, and none other than Emo Philips is headlining.

We'll be digging into the festival in more detail soon. In the meantime, maybe catch a cool improv or standup show at the VCC, where every day is a Green Mountain comedy festival.