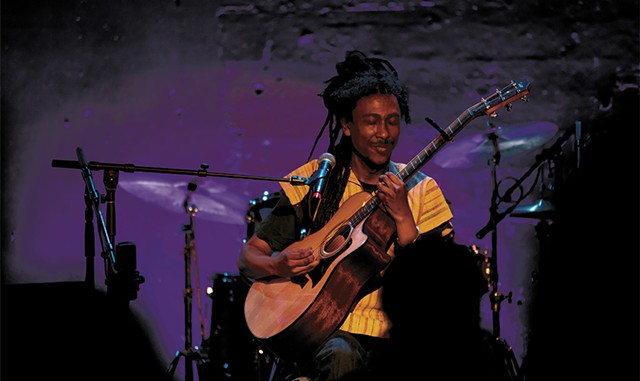 Imagine spending your youth training to be a musician, writing songs, building a fan base and making a name for yourself — then moving to another country where not only does no one know you but they also don't even recognize the genre of music you play. Sounds a little daunting, right?

That's exactly what folk musician and singer-songwriter Mikahely did. After establishing himself in his native Madagascar as part of the popular duo Mika and Davis, recording albums and releasing radio hits in Malagasy and in French, Mikahely moved to the United States in 2017 with his American wife. They landed first in Maine and then moved to Burlington in 2019.

"No one in Vermont knew my music when I came here," Mikahely told me as we sat on a park bench in Burlington's Old North End last week. "But music is universal, yes? There should be no barriers, no divisions. The music can transcend language, and we can do what we should: love each other."

Leaving a Madagascar music scene in which he had thrived was no easy feat for the musician, who taught himself to play guitar even though his father, a teacher, begged him not to pursue a career in music.

"I didn't know how the business worked out here," he admitted. "And, other than my wife, there was no one helping me to book shows or play with other musicians."

For a time, Mikahely contemplated leaving music behind. But after booking shows at the Light Club Lamp Shop and Radio Bean, he saw his music taking root in Burlington, even though audiences didn't understand the language in which he sang or were unfamiliar with Malagasy folk music.

The traditional style of Malagasy that Mikahely is most influenced by features highly melodic vocal parts and diatonic scales, often played on the guitar and the valiha, the national instrument of Madagascar. Made of bamboo, the zither-like instrument creates gorgeous harmonic parallel thirds when the player plucks its strings.

"These were not sounds anyone here had heard before," Mikahely said. "I play in a lot of traditional Malagasy rhythms, so I was worried ... that they would not resonate."

His fears were unfounded. His sound caught on, resulting in more gigs, including the past two years at the Burlington Discover Jazz Festival, where he jammed with other local musicians, such as jazz guitarist Paul Asbell. Then, after receiving a grant from the Vermont Arts Council, Mikahely was able to do something he had wanted to do since leaving Madagascar: record a new album.

His first record made in America, Offshoots has the feel of a debut, even though Mikahely is far from a new artist. The album brims with energy and possibility as he creates a fusion between his older music and newer sounds.

"I grew up listening [to] — and love — traditional Malagasy music," Mikahely explained. "I taught myself to play after I heard these songs and these sounds of my ancestors. I speak to them when I play."

Yet he's quick to point out that he's always learning and inserting new things into his songwriting.

"I call this record Offshoots because I see these songs like branches, stretching from the tree," he said. "I have those experiences, and I know those traditional songs in my heart, but I am also always changing and learning. The tradition, the conversations with my ancestors is the tree, and the offshoots are what comes from that."

Mikahely hopes to continue expanding his reach and start playing shows around New England and in Montréal. Given that Vermonters have embraced his music, he's hopeful that more people will be moved by his fusion of traditional Malagasy folk and his own unique style.

"The language doesn't really matter," said Mikahely, who speaks Malagasy, French and English. "If I can play music that will connect me to another person, the sounds will do the work and the spirit will come through."

Offshoots is streaming on all platforms. 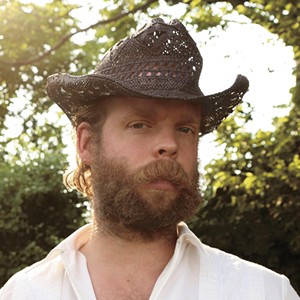 A press release from the organization calls the group "a hivemind of nostalgia, film reverence and music appreciation swirling about in the ethereal projector light of a century-old theater."

The theater in question is Woodstock Town Hall Theatre, where Astral Projection hosts its monthly film and music events. Things kicked off on July 7 with a showing of the John Carpenter cult-classic film They Live, featuring "Rowdy" Roddy Piper and the greatest fight scene ever put on celluloid. Before and after the screening, a DJ spun sweet synthwave sounds to properly match the vibe of the movie's Ronald Reagan-era satire.

The next event in the series is this Saturday, August 13, featuring a performance by singer-songwriter Bonnie "Prince" Billy — aka Will Oldham — with support from New Hampshire indie rockers Footings and Philadelphia noise punks Empath.

To celebrate the show, South Royalton's Upper Pass Beer is brewing a special Bonnie "Prince" Billy beer called Ease Down the Road, a nod to the singer's 2001 record of the same name.

The theater only seats about 300 people, so don't sleep on grabbing a ticket. Doors open at 6 p.m., but get there at 4 p.m. for a beer garden behind the theater with a food pop-up from Ludlow's GameBird and tunes from DJ Middle Management. 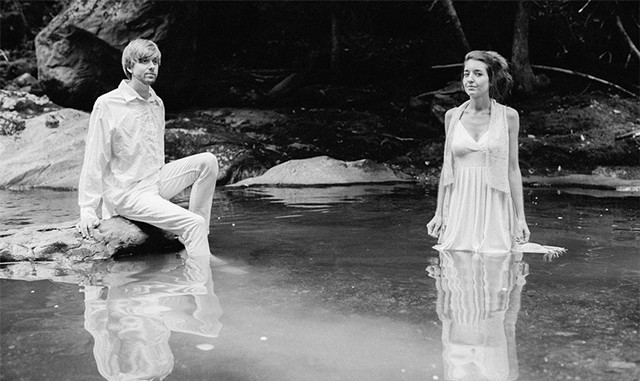 Indie rocker Sean Witters is back with his band, Invisible Homes, which last released a full-length record in 2014: Song for My Double. Witters said in an email that not only are remixes of his work by local producer Willverine on the way but a new LP is, as well.

In the meantime, Witters has released a new single and music video, "Pale Rage (for J.G. Ballard)." Witters said the writings of J.G. Ballard inspired him to write the song, particularly his subversive agit-pop story "Why I Want to Fuck Ronald Reagan." (Hey, we've all been there before, right? No? OK.)

It's fitting, then, that Witters fused those influences together for the new wave-leaning, synth-heavy "Pale Rage (for J.G. Ballard)." The track is an effervescent, dreamy slice of shoegaze, and the video is full of car crashes and trippy visuals of Reagan. Give it a listen and view on YouTube while we wait for the record.

If you haven't gotten out to any of the Music in the Barn series shows this summer, now is the perfect time.

Started in 2020 by musicians Liam John and Sofia Hirsch, the series holds concerts in barns and barnlike venues around the state, including Richmond's West Monitor Barn, the Sleepy Hollow Inn in Huntington and the Jericho Community Center. On Thursday, August 18, at the West Monitor Barn, folk band Cricket Blue headline, accompanied by a string trio. Another string ensemble, Trio Arco, opens the show.

Aside from taking in the beautiful scenery of an old barn in the Vermont countryside, Music in the Barn is an incredible chance to see some of Vermont's best musicians play in places other than bars and theaters. Purchase tickets at musicinthebarn.com.

Musician, cartoonist and bike flipper James Kochalka has released the first video from his latest record, um, Bike Flipper. "Disco Nose" features Kochalka emoting wildly on the beach with family as he performs the a cappella love song.

Speaking of love songs, Kochalka told me by email that he is currently working on another new record, this one with producer Benny Yurco, which mostly will consist of "crushing love ballads." Get ready to be emotionally crushed by Kochalka!