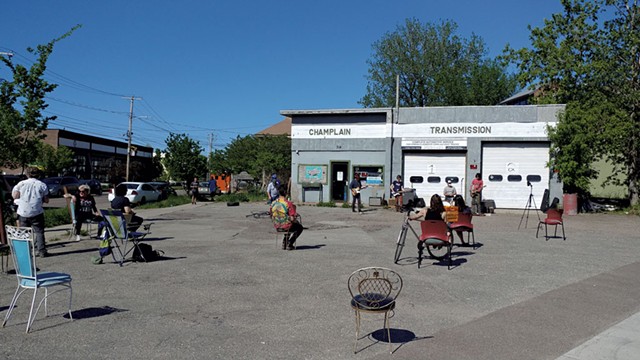 In past years, the Seven Days music editor has used the column preceding Thanksgiving to express gratitude for all of the wonderful things in the local music community. I'm not usually one for excessive sentimentality, so I haven't done that every year I've held this title. But the events of 2020 behoove me to suck it up and get a little tenderhearted on your asses. Think you can handle it? I hope I can.

The first thing I'm thankful for is pretty basic: I'm thankful to Vermont's music community for soldiering on in uncertain times, especially without a robust live scene. When the pandemic first came crashing down back in March, the avalanche of breaking news in the arts centered on how it affected live events. Such activities are not only the lifeblood of local artists and business owners, but also of this section in Seven Days.

I'd be lying if I said it hasn't been a real nail-biter figuring out how to continue with dynamic coverage week after week, considering the dearth of shows to write about. But throughout the past eight months, I've seen ingenuity, perseverance, and a Shirley Temple-like positivity and resilience from bands and artists statewide. Turns out, there's been no shortage of things to write about. That wouldn't have been possible without all of Vermont's hardworking musicians, venue workers, talent bookers, sound techs, recording engineers and record store owners. So I thank you for not crumbling under the weight of the current reality.

Speaking of record stores, how lucky are we to have so many independently operated vinyl outposts in the Green Mountains? Um, really damn lucky. This fall, I started checking in with some of them in this column, and I've been reminded of how these shops are not just retail outlets but information- and culture-sharing hubs. Shopkeepers and clients forge enriching, long-lasting relationships, and that's a really special thing.

(Don't worry if your favorite shop hasn't been featured here yet. I'll be starting up that series again real soon. That's my intention, at least. Did I mention it's hard to predict coverage during a pandemic?)

I'm thankful to surf-rock band Barbacoa for breaking the seal on our collective abstention from live music earlier this year. (Disclosure: Members of Barbacoa are Seven Days employees.) As far as I know, they were the first band to test the waters to see if the good people of Burlington could safely handle a small, impromptu gathering and demonstrate the social-distancing measures we'd been reading about for months. (News flash: We could.)

At the time, Barbacoa's May 23 pop-up set in the Old North End was the first truly fun outing I'd experienced in more than two months. Like, for real. I hadn't seen or talked to many people in person for the entire spring, and the show put a real ... jaunt in my step. (Even I'm too good for that obvious pun.) 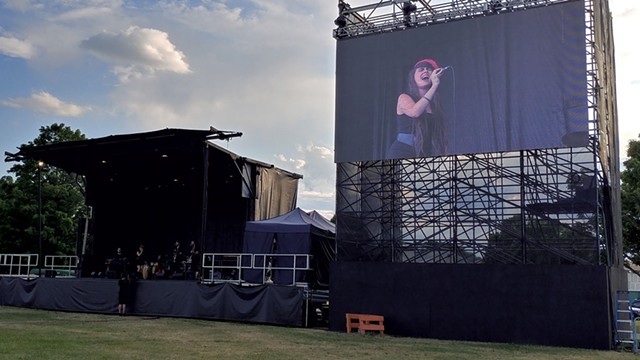 I'm thankful for Higher Ground's efforts to raise more than $17,000 for the Vermont Arts Council through its series of summer drive-in shows at the Champlain Valley Exposition fairgrounds in Essex Junction. With sound transmitted over radio waves and live video projected onto a gigantic screen, the format was an experiment that pleased throngs of ravenous concertgoers week after week. The series provided an outlet for local musicians and also brought in some top-notch nonlocal (and formerly local) talent.

I'm thankful for the bands and solo artists who went ahead and released their albums during the pandemic, even if they weren't the album rollouts originally planned. No shade to those who chose to push back their releases — it obviously wasn't the right time for everyone. But having a steady stream of new music to absorb (not to mention review) has made the past eight months more tolerable.

And big props to those who conceived of and executed their new music entirely in quarantine. That's not an easy task, given the intimacy the recording process requires.

I'm grateful for to-go alcohol! OK, this is not directly related to the music scene, but it is tied to the bar/club scene. I hope this excellent policy isn't repealed once the pandemic is over. Since there isn't a tangible end in sight, I hope that we'll be able to walk our margaritas back to our front stoops for a good while longer. Not that we'll be hanging out on our stoops for the foreseeable future, unless we really bundle up. At this point, I'll try just about anything to maintain a social life, even when social distancing.

You might not think so, but I'm thankful for reader feedback. I've gotten tons of warm regards for pieces I've written this year, and it's given me a big boost more than a few times. Much more frequently, though, journalists hear from readers when something is wrong. And believe it or not, I'm thankful for that feedback, too. I wouldn't want to live in a world in which people felt like they couldn't approach local media with their thoughts and concerns.

And, on an extremely personal note, I'm thankful that I found a working karaoke machine for $3 at a tag sale in Underhill. Karaoke will likely be one of the last nightlife activities to return, because of shared microphones among dozens of people. To quote Brian from "Gilmore Girls," "I'm just saying, at the end of the night, who cleans them?" Karaoke is my fave, and I'm psyched to have some specialized equipment to practice on while awaiting its return.

His Name Is Alive, "Universal Frequencies"

POLYDRIVE, "Need You to Want Me"

I DON'T KNOW HOW BUT THEY FOUND ME, "Leave Me Alone"