If you've been paying close attention the last couple of years, you might have noticed that I have an affinity for Manhattan Pizza & Pub, on the corner of Church and Main streets in Burlington. No, it's not because of Philly Friday, though I do love me a good cheesesteak on the cheap. And it's not because I pine for the wasted nights of my youth, wandering among the throngs who gather like drunken lemmings on that corner when the bars close. And it's not even because they're secretly one of the best beer bars in town. OK, that's actually part of it. But more importantly, it's because Manhattan has quietly become a legit, albeit under-the-radar, hotspot for local music. If you don't believe me, drop by at some point this weekend. You'll be glad you did.

On Thursday, August 20, local alt-rock trio Apartment 3 take to the pizza joint's cramped stage. Last month I reviewed that band's debut recording, Porch View EP, in these very pages. I'll save you the trouble of digging through the stack of old Seven Days in your bathroom and say that I liked the EP quite a bit. Produced by Joey Pizza Slice — which, come to think of it, is a rather nifty coincidence — it's shabby, grimy and overtly influenced by the Pixies. All of which whispers sweet, slurred nothings to my personal garage-rock sensibilities. It also was born out of and pays homage to steamy drunken nights in BTV's Old North End. And that speaks to my possibly unhealthy sense of nostalgia. (See: pining for wasted youth, above.) More importantly, it just flat-out rocks. For as much as I enjoy Manhattan, I can't tell you that the sound is great, exactly. But that should suit Apartment 3's lo-fi bent just fine.

On Friday, August 21, grab a Philly — pro tip: Cajun fries, yo — and catch the next installment of Duke Aeroplane & the Wrong Numbers' summer-long Vermont homecoming tour. Something like the Vermont Joy Parade's drunken, black-sheep stepbrother, these ragtag rapscallions are best experienced in a live setting, preferably one with easy access to absurd amounts of alcohol. (See: great beer bar, above.) After all, DA&TWN themselves describe their woozy take on New Orleans jazz and blues as R&B&D, which stands for "rhythm and blues and drunk."

Finally, closing out the weekend on Saturday, August 22, are Reverend Ben Donovan & the Congregation. I'm not sure about Donovan's clerical qualifications, but I damn near had a religious experience listening to his band's self-titled debut album. Released on increasingly impressive local imprint Future Fields, it's a brilliantly conceived and executed mashup of gospel and neo-traditionalist country that brought to mind the recent output of Sturgill Simpson and Chris Stapleton.

Point of order: I'm not saying Donovan is in the same class as Sturg. He's not — at least not yet. But there's a similarity in the young crooner's manipulation of traditional country archetypes that, like Simpson, infuses new perspective in a genre that's famously reluctant to innovate. More simply put, it's just a badass country record. Word on the street is that Donovan, a Virginia native who is understandably discouraged by frigid Vermont winters, may not be long for Burlington. Catch him while you can.

This Week in Festivals 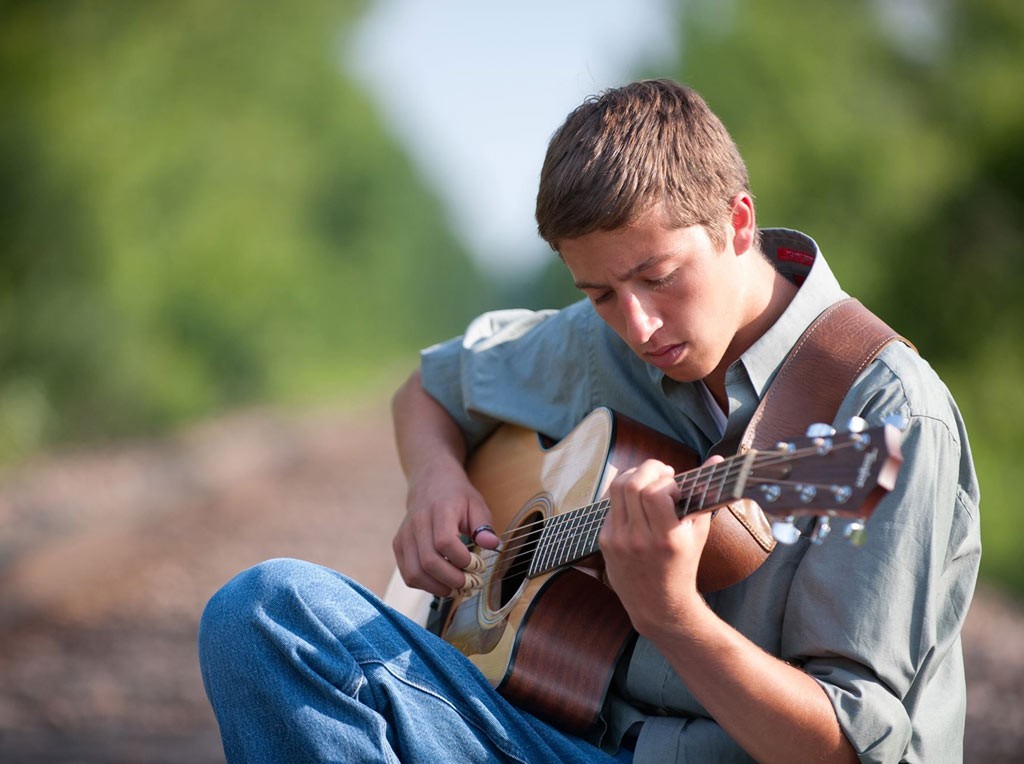 It's a busy weekend on the music festival front as we head into summer's home stretch. So in descending order of preference based on which festivals have a mechanical bull...

Moving on to fests that don't have a mechanical bull, Woodchuck Hard Cider in Middlebury hosts its second annual Ciderstock music fest this Saturday, August 22. Nonlocal headliners include Cage the Elephant and New Politics. But I suspect locals Kat Wright & the Indomitable Soul Band and Madaila will upstage both. BTW, this show will be something of a homecoming for everyone's favorite Spandex-clad rock-stars-in-waiting — that would be Madaila. About half of the band, including front man Mark Daly, originally hails from Middlebury.

It lacks a bull, but the Valley Jam in Stockbridge does feature picturesque scenery and the opportunity to go tubing on the White River in between sets. The three-day hoedown at the former site of the Tweed River Music Festival runs from Friday, August 21, through Sunday, August 23. Highlights include Rick Redington & the Luv, Casio Bastard, Gang of Thieves, Holy Ghost Tent Revival, Sophistafunk and Kosha Dillz.

Last but not least is the inaugural "mini-festival" at Willow Crossing Farm in Johnson this Sunday, which is part music fest, part permaculture seminar, part artisan craft fair, part yoga session and a whole lotta Vermontiness. On the music side of things, the headliner is acclaimed New Orleans-based world-folk band — and founders of the Slow Music Movement — Rising Appalachia. They'll be joined by local masters of the ethereal dubscape Barika, local bluegrass band the Tenderbellies and irie selectors Satta Sounds. 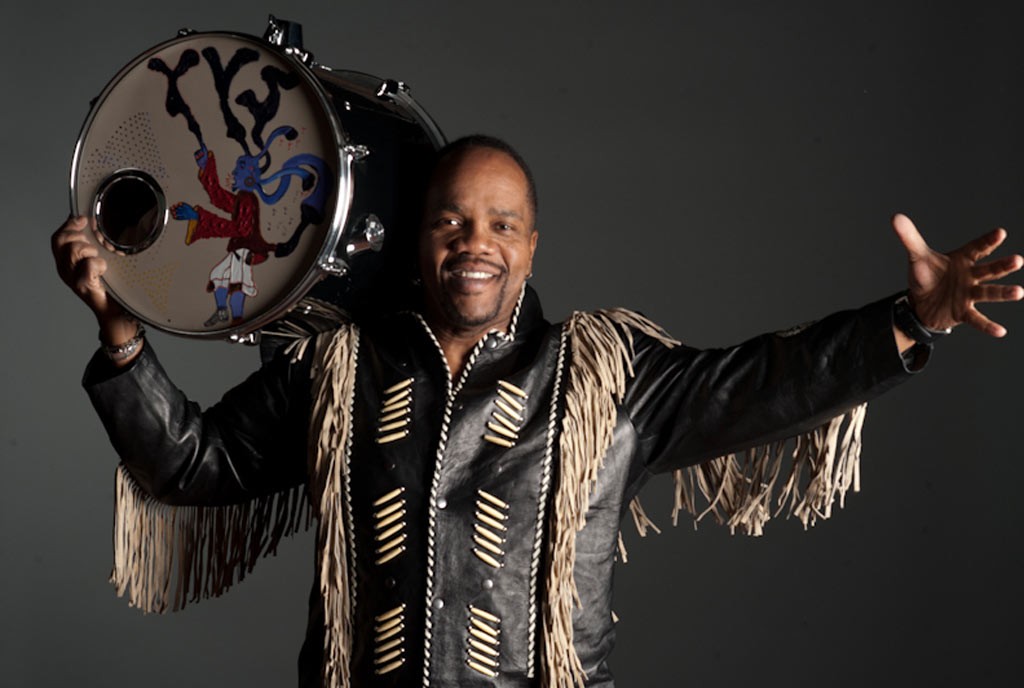 If you're looking for some monster jams midweek, drop by Nectar's on Wednesday, August 26. That night, longtime Derek Trucks Band drummer Yonrico Scott will be rocking with some ace locals including guitarist Bob Wagner, bassist Josh Weinstein and keyboardist Shane Hardiman — all of the Indomitable Soul Band. Rounding out the group is frequent Scott collaborator guitarist Daniel Marc.

According to Wagner — who writes that seeing DTB at the old Higher Ground in 2011 basically changed his life and set him on a path toward becoming a ginger guitar god — the group will play some of Scott's new tunes and a few familiar jam staples to boot.

Last but not least, the Waking Windows crew is officially taking over the world. Or at least New England. Last week, the industrious indie collective announced it will throw a companion festival to the annual Winooski bash in Portland, Maine, on Saturday, October 10. Like the original, the fest will commandeer several venues in downtown Portland and feature some familiar faces, including Vermont acts Maryse Smith, Swale and Madaila, to name a few. There will also be plenty of Maine talent, including WW alum Nat Baldwin, who helped make the Portland WW a reality.

But why Portland? I can think of two reasons. One is that Portland, like seemingly every medium-size city with a lively arts scene, is often referred to (by us) as "a bigger Burlington," which is more or less true. (Though I wonder: Do Portlandians refer to BTV as "a smaller Portland?") So Portland is an obvious steppingstone. Reason two is that WW's Nick Mavodones is a Portland native. In fact, his dad was once the mayor and is a current city councilor. So dude's got some connections, to say the least.

Whatever the reason, our Downeast friends are in for a treat in October. I feel a road trip coming on...