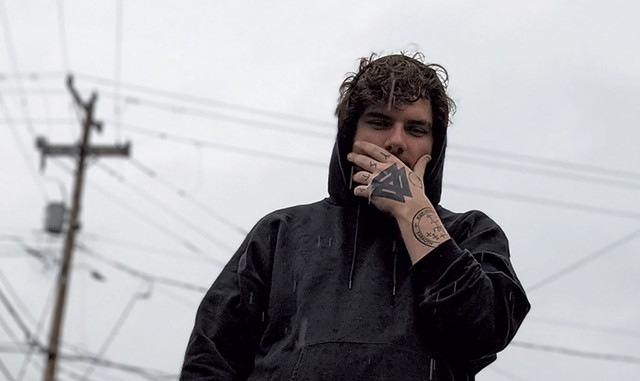 One of the coolest parts of my gig is hopping around Burlington to catch live music. There are nights when I see punk music in a basement, catch a DJ set at a club and finish the evening with a hip-hop show at an art gallery. All the music this city creates just pours into my brain as I contemplate how so much talent can exist in such a small community.

The side effect of that experience is that I also become something of an amateur sociologist when out on the town. (Emphasis on amateur, people. I went to a college that doesn't even exist anymore.)

Especially since venues have reopened, I am endlessly fascinated by the behavior of the entertainment-seeking public. On one hand, there is a level of caution that makes sense. People naturally have hesitancy about fully interacting after being stuck inside for a year. You can see it when people go for a hug, pull out and quickly fist-bump. There's been a palpably subdued vibe at some of the shows I've attended.

On the other hand, every time I pop my head into a DJ set, people are losing their fucking minds. We're talking bodies moving, people singing and screaming, drinks spilling ... In the words of one promoter I talked to, "Dance parties are just so lit right now."

Lit indeed. Curious why DJ sets seem to have become the go-to nights for wild abandon, I conferred with Malachi, aka Malcolm Miller. Malachi has been a fixture in the area DJ scene for close to a decade now, playing shows at the Half Lounge and SideBar, as well as opening for touring acts such as Waka Flocka Flame at Higher Ground. More recently, he's hosted two recurring themed DJ nights at Club Metronome.

"The shows have honestly been nuts since clubs opened back up," Malachi told me last week. "Right now, it's all about the parties. I'm not sure exactly why it's been this way, but it feels like, coming out of COVID, people aren't in the mood to check out new music as much. They want to hear and dance to stuff that reminds them of happy times, so they can let loose."

The 26-year-old, who deejayed his first Metronome show when he was just 16, doesn't judge people for wanting comfort from their music. In many ways, the phenomenon mirrors his own epiphany about what he does. Back in 2018, he was spinning slow, moody and ambient R&B — his own favorite style of music.

"They weren't club hits by any measure," he recalled. "They belonged in an environment where people were seated and taking in the sounds — which is cool, but at some point I realized I wanted to get more out of the audience. I wanted to give them something to cause a reaction."

Malachi credits seeing performances by his friends in Aquatic Underground, as well as a set by DJ Svpply, with changing his perspective. Witnessing DJs throw on EDM bangers such as Avicii's "Levels" followed up by a Talking Heads song made Malachi reconsider his beliefs about maintaining credibility as an artist.

He altered his sets to experiment. The more obscure stuff still made appearances, but Malachi would throw in T-Pain's "Buy U a Drank (Shawty Snappin')" or even Sublime songs to see how they would affect the audience.

"They went wild!" he recounted. "I dropped a Cake song the other night, and the room lit up. Those are the moments where I remind myself, Yeah, I want to expose you to some cool sounds, but my main mission is to get everyone moving."

That desire has led Malachi to host one of Burlington's most consistently huge parties, Emo Night at Metronome. The theme night has been a fixture on the club's calendar for almost three years, featuring the DJ playing songs by Paramore, My Chemical Romance and other artists from a genre that's making something of a comeback in recent years.

Malachi described seeing how strongly the crowds reacted to Emo Night as an awakening, a moment that helped him define the sort of DJ he wanted to be. That clarity led him to start his second party night at Metronome, a recently launched series called After Hours that he cohosts with other local DJs.

"As a DJ, my style is to do everything on the fly," Malachi said, "which isn't necessarily the way big rock-star DJs perform. They play hourlong sets that are carefully curated while they stand on this pedestal.

"I'm not knocking it; those are great shows," he went on. "But I'm not like Aviici or Bassnectar, playing huge EDM bangers. I'm trained to read the crowd and how they're reacting. If they aren't feeling it, I switch it up. It's being an old-school DJ to me, and I think it's more collaborative with the audience, which you can really tell these days."

The After Hours party is what Malachi calls an "open format," a template that allows him to go from Cardi B to Nirvana, all in an attempt to keep the party rocking.

"I don't know if the dynamic will stay this way," he admitted. "But right now, I think it's safe to say that if you throw the right kind of dance party, people will show up and lose their absolute shit. And I'm here for it, man."

If you're keeping up with the column, you know that Music to Life, a nonprofit run by executive director Liz Sunde, has been working with Big Heavy World in an attempt to reach out to Vermont musicians pushing for social change. After hosting the first annual BeUVT event, a September celebration of Vermont's history of supporting the LGBTQ+ community, the two organizations are once again partnering to host the Artist Changemaker Workshop on Saturday, November 13, and Sunday, November 14.

The workshop, to be held at the Main Street Landing Performing Arts Center Film House in Burlington, is a two-day event featuring guest speakers and musical performances. Saturday's session is open to the public; Sunday's is by invitation only.

Saturday's programming includes three panels featuring singer-songwriter Myra Flynn, DJ Luis Calderin, A2VT manager David Cooper, rapper Omega Jade, and Linda Bassick from Girls Rock Vermont. "These are artists who all understand how to build community support when you're pushing for social change," Sunde said by phone. She called Saturday more of a "networking day" that will be catered.

"We want folks to mingle and sink their teeth into the issues," she said.

Sunday offers a more intensive experience, getting into the nuts and bolts of how musicians can effect change. Artists can sign up for training on subjects such as how to shape a grant proposal or how to ask community partners to sponsor events.

While slots are filling up, there are a few spaces left for musicians looking to amp up their abilities to be what Sunde calls "change agents." To apply, go to musictolife.org. 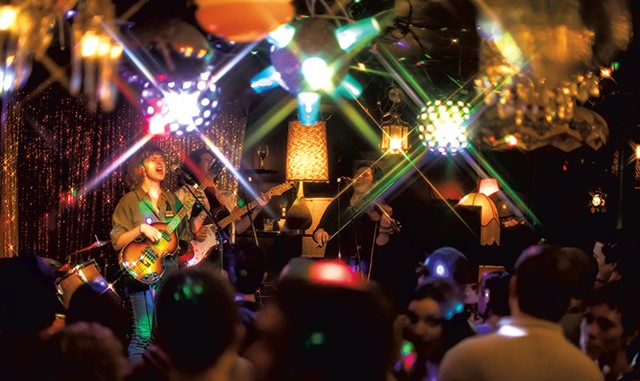 Buy the Bean a beer! Radio Bean turned 21 on Saturday. As is tradition, the Burlington club celebrated by booking nearly 5,000 bands to play in something like 16 hours. (My numbers are a little off, but like I said earlier, my education was suspect.)

Featuring tiny little sets from Father Figuer, Swale, Another Sexless Weekend, A2VT, Nico Suave, DJ Taka and everyone else you can think of, the celebration was another marathon of music, memories and good times. Big shout-out to Caroline O'Conner, the only musician to play every single Bean birthday party!

Happy birthday, Bean. You've been a jewel in the scene for more than two decades. Long may you continue. 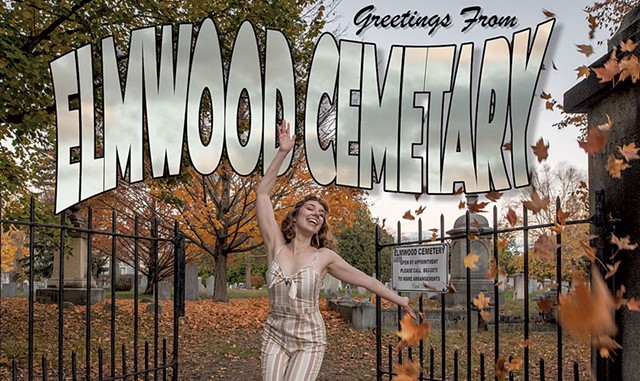 Aaaand speaking of the Bean, Burlington singer-songwriter and occasional dueling pianist Andriana Chobot is premiering her new video, "Like It's the Last Time," at the club on Wednesday, November 10. Chobot said the video was made with the help of four cinematographers, six dancers and two actors, so it sounds like quite the production. The video premiere begins at 9 p.m., followed by a live set from Chobot and her band with music from her forthcoming album.

Hyde Park's own Transitory Symphony has released a new single and video titled "Junior High." Jim Heltz wrote the somber, gentle song, and his daughter Jackie Heltz sang it. The elder Heltz said in an email that he wrote "Junior High" in the spirit of Big Star's "Thirteen" and the Beach Boys' "I Know There's an Answer."

"I wanted to capture the period when you are in that limbo between childhood and adulthood," Heltz said. "I knew Jackie had the emotion in her voice that could convey what it was all about."

Check out the song at transitorysymphony.bandcamp.com and see the video on the band's YouTube page.