Soundbites: Looking Back at Waking Windows and Previewing the Summer Festival Season

Ever notice that when you've been anticipating something for a long time, once it happens, it seems to flash by in the blink of an eye? That's definitely what the Waking Windows festival felt like to me this past weekend. As I made my way back and forth across the Winooski rotary, hopping from show to show, it was almost like I felt a clock ticking down. Nonetheless, when Sunday's festivities came to a close, I was beyond satisfied with what the Waking Windows folks had once again put together.

Look, I'm a '90s kid; Dinosaur Jr. were always going to be the main attraction for me. And, good gravy, did the Massachusetts power trio deliver. I have no data to back this up, but I can't imagine there's ever been a louder show on the Main Stage. Guitarist/vocalist J Mascis, in particular, was monstrously loud, with three full-stack amplifiers lined up behind him like a series of monoliths. When bassist/vocalist Lou Barlow looked at the nearby Spinner Place apartment building and joked the festival should be called Shaking Windows, he wasn't far off.

No. 2 on my list of must-see bands were Guerilla Toss, who recently put out one of my favorite records of 2022, Famously Alive. Unfortunately, seems like everybody else had the same thought, and the Waterworks River House Stage filled up too quickly for me to get in without pulling some "press pass" bullshit, which I never use to cut a line. Been on the other end of that too many times!

(OK, that's a bit of a fib. I'd use the hell out it to get backstage at a Wiggles concert, if only to prove my assertion that the Australian band, adored by children around the globe, party hard. Besides, "I Did Mushrooms With the Wiggles" would be the greatest headline in my Seven Days career.)

Missing GT aside, my Waking Windows cup ranneth over, and then some. There wasn't a dud on the bill this year: The touring acts played some incredible sets, and the local bands went toe-to-toe with the out-of-staters.

There was plenty of crossover between artists, as well. Watching members of Dry Cleaning check out Brattleboro's Thus Love playing at the Monkey House was a cool sight, as was Kikagaku Moyo's guitarist Daoud Popal vibing to Dinosaur Jr. behind the stage while they played.

And then ... it was over. Another amazing weekend for the Waking Windows crew — the festival sold out completely this year, even day passes. When it was all said and done, I couldn't help but wonder when I'd get another fix of festival magic.

Another Fix of Festival Magic 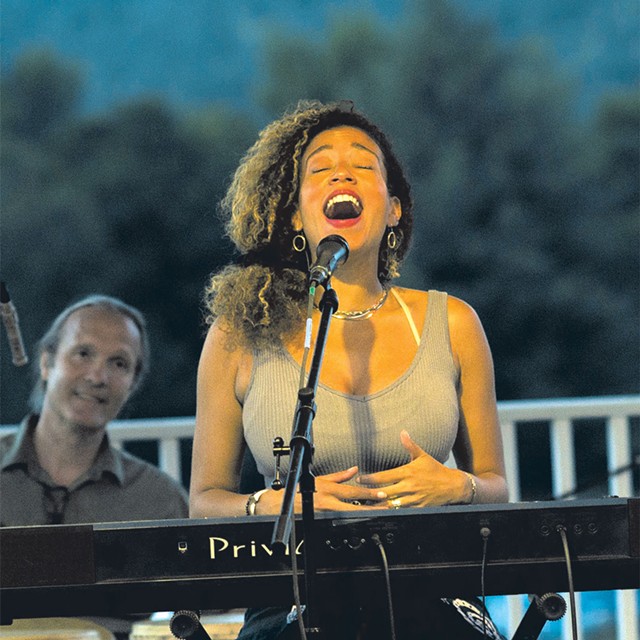 Fear not! The summer of 2022 is full of music festivals across the state, including the return of mainstays and some brand-new ones popping up. Here's a rundown of some highlights, but keep an eye out for more as we get deeper into the summer.

First up is the big one: the Burlington Discover Jazz Festival. For 10 days beginning on June 3, the event will take place in venues throughout Burlington, from downtown to Leddy Park in the New North End. The fest's 39th iteration has a guest curator this year, musician and activist Michael Mwenso. When I spoke with him a few months ago, Mwenso said he set out to deliver an experience he called "rooted in Black music and Black history, with lots of love."

As always, the robust local jazz scene is well represented, too. Jazz-fusion act Chicken Fat Injection, the Dan Ryan Express, Vermont-by-way-of-Kenya artist KeruBo and singer Myra Flynn are just some of the talents filling out the bill. It looks to be another banner year for the long-running festival.

Want to know what the young bands are up to? Stay ahead of the curve with the return of the Brattleboro Youth Rock Festival, aka BrattRock. Held on June 18 at the Stone Church, the show features area bands whose members are all under the age of 20. Highlights include dance and soul act Moxie, punk rockers Man Made Tragedies, and western Massachusetts' Big Destiny.

The festival aims to connect the young musicians on the bill with music industry professionals. A portion of the proceeds will go to Youth Services in Brattleboro, a nonprofit family support organization.

Head over to Putney on May 29 to check out the Roots & Americana Festival, offered as part of Next Stage Arts' Bandwagon Summer Series. The event features three killer Americana, bluegrass and roots acts: Woodstock, N.Y.'s the Mammals, Boston's Corner House, and indie folk and rock act the New Domestics. The show will be held at Cooper Field, because there's just something fitting about an Americana festival taking place on a baseball field.

Plenty more festivals are in the pipeline. They include the Maple Roots Festival, which returns for its second year on July 23 at the Morse Farm Maple Sugarworks in Montpelier. The Festival of Fools is back for its 15th year, occupying downtown Burlington from August 5 to 7 with an assortment of dancers, acrobats, comedy and music. And then there's the return of Grace Potter's Grand Point North. Canceled in 2021, it's scheduled for September 10 and 11 at Burlington's Waterfront Park.

Turn to these pages for updates on these fests and more.

Take Me to Church

The Old Round Church in Richmond was built in 1813 and deeded by the Town of Richmond to the Richmond Historical Society in 1976. It was once a center of activity in the town, hosting Town Meeting Days and as many as 35 weddings per summer. The historical society's vice president, Ryan Ackley, wants to bring some attention back to the beloved old building.

"I live right next door to the church," he said by phone. "It's such a beloved thing to Richmond. It's been here for 200-plus years, so there's a lot of attachment to the church. I want to reincorporate the community into utilizing the space more."

Toward that aim, Ackley and the Richmond Historical Society have booked Burlington funk act Soul Porpoise to play a free show this Sunday, May 22, right on the church lawn. Food vendors will be on hand, and the historical society will be accepting donations. All proceeds will fund church maintenance.

"There's always some upkeep with a place as old as this," Ackley said.

Ackley, who also helps with the historical society's treasury, hopes the show is the first of many at the church.

"Eventually, I'd love to do not just music but comedy shows and live storytelling," he said. "But the RHS moves a little slow sometimes, so we're talking baby steps with the idea."

As someone who absolutely adores historic Vermont buildings, I couldn't be happier to see the Old Round Church hosting events. If you haven't been yet, or even if you have and you just feel like some funk music on a summery evening, don't miss the show. Maybe toss some crisp bills in the donation box while you're at it. 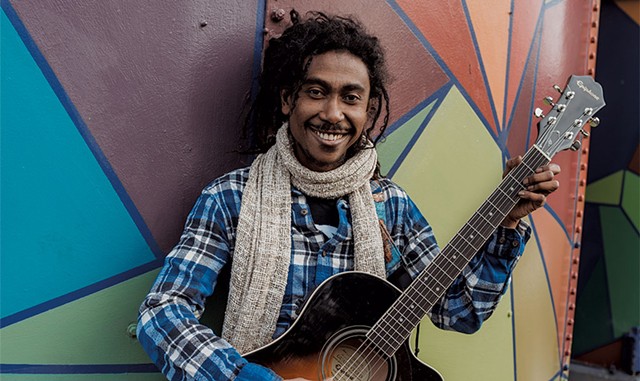 James Kolchalka Superstar is back with a new EP, Bike Flipper. In an email, Kolchalka wrote that the record is loosely a concept album about when the Burlington cartoonist and rocker flipped his bike near the start of the pandemic, shattering his wrist.

"It's also the culmination of a musical idea I had in the fall of 1985," he wrote. "I thought that as a 'non-musician' who can't play an instrument that I should just go into the studio and record all the instrument parts with my own voice."

At the time, it was pure fantasy, but 37 years later, he's actually done it, performing all the sounds on Bike Flipper with his own voice. The EP is available on all streaming services.

Madagascar-born Burlington singer-songwriter Mikahely has released a new single titled "Miara Nono Zaza." The song will appear on his forthcoming LP, Offshoots. In an email to Seven Days, Mikahely wrote that the song is about "the special bond between mother and child." A video for the track drops on Wednesday, May 18, on YouTube.