I've yelled at so many magazines in my life. Just flung them across the room, screaming obscenities so profane that I'd normally only utter them in extreme moments of road rage. One time, I actually picked up a lighter and looked at a Rolling Stone and said aloud, "Don't think I won't, you bastard."

Hi, my name is Chris, and I've been violent to paper. I'm not proud of it. It's just that, occasionally, lists can be aggravating, particularly if you throw in some sort of ranking. The offending Rolling Stone was a ranking of the 100 greatest drummers, I think. It might have been bassists.

I can't recall exactly, but the point is: One of those stupid lists left off someone I really liked, or maybe it just put them below other musicians I think suck, which is almost worse. How in the hell can you say Noel Gallagher is a better guitarist than Graham Coxon? Are you on narcotics? Who am I yelling at right now? What list am I even talking about?

Sorry. I think we can all see why I can't be trusted with a list just yet. That's why I'm taking a pass on a long-standing Seven Days tradition and not compiling a list of my favorite Vermont music of the year.

So, instead of making my own list, I chickened out — er, asked around to find out what music, local and otherwise, moved other Vermont scenesters this year. The responses were all over the map. Some folks leaned into comfort and nostalgia; others found new favorites. I didn't give parameters; I just asked what they were listing to this year.

Hudson Gray, Burlington musician and cohost of "Face for Radio" on 105.9 FM the Radiator, singled out Remi Russin's EP, Math for Poets. The bassist for indie rockers Community Garden released the solo effort in July, a six-track collection of shoegaze that included Gray's favorite song, "Most People Kill Plants."

"Its laid-back approach to hope and positivity has been the perfect way to stay sane the later part of 2021," said Gray about his pick.

Cricket Blue's Laura Heaberlin branched out a little farther geographically for her favorite music this year.

"The album I listened to over and over was Narratives, by Alisa Amador," Heaberlin said. "Alisa is a Boston-based musician. She has one of the most special voices I've ever heard. And her songwriting is as emotionally available as a conversation with a good friend."

Amador, who recently received attention from NPR and the Boston Globe, opened for Cricket Blue back in 2019 when the Burlington folk duo released its LP Serotinalia. Having witnessed that show, I can attest to Amador's ethereal pipes and engaging songwriting. 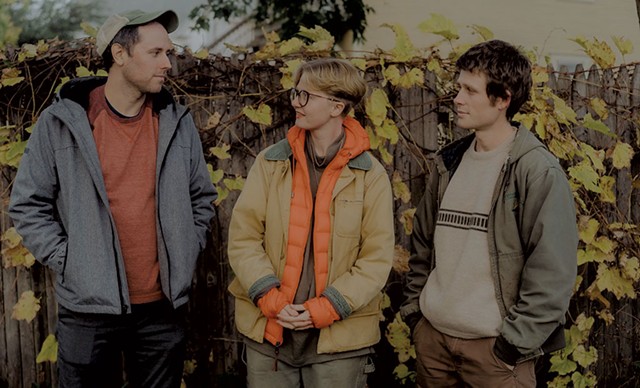 Marcie Hernandez, who made one of 2020's best local efforts with Amanecer, picked not only a local album but a debut, as well.

"My favorite track of 2021 would have to be by the Burning Sun," said Hernandez. The singer-songwriter particularly loved "Muted Greens" off of the album Marrow.

The record was the first for the band, called Ruby before becoming the Burning Sun. The project was started by Katy Hellman and Steven LeBel, formerly of Burlington rockers Julia Caesar. Marrow shows that Hellman continues to write captivating songs, layered with gorgeous harmonies and dreamy arrangements, aided by Benny Yurco, who engineered the record and supplied guitar and synths.

"Katy's voice just pulls you in," Hernandez said. "I love the force that she sings with as the song progresses."

The band plays New Year's Eve at Radio Bean for those who want a closer look.

Going international, Robert Resnik, host of Vermont Public Radio's "All the Traditions," selected COMO LA PIEL, the second LP from Rita Payés and Elisabeth Roma, for his best of the year. The record is an evolution of the Barcelona, Spain-based mother-daughter duo's sound, incorporating jazz, classical and bossa nova music.

"Rita sings beautifully in at least three languages and is a drop-dead jazz trombonist!" Resnik raves. "And Elizabeth is an amazing guitarist. They make exquisite music together."

Of course, I wasn't going to do a survey without talking to chief scene correspondent/megafan Tim Lewis. No one in Burlington sees as many shows as Lewis does every year; it's not even close. Lewis also spins a huge collection of Vermont music on his Thursday night radio show "The Sounds of Burlington" on the online station WBKM.

"Obviously, you hate me if you want me to pick just one," Lewis quipped when asked for his favorite track of 2021. After espousing his love for the entire local music scene and how it continues to inspire him, Lewis narrowed it down to one: "Queen of Flowers" by veteran Burlington rocker Peg Tassey.

Describing the song as Tassey "returning to power," Lewis said he had high expectations because he had been a fan of the singer-songwriter since the '90s, particularly her stint with the Kissing Circle.

"The new song blew me away," Lewis said. "It has heavy guitars and powerhouse vocals but also these catchy lyrics. They intertwine our spiritual relationship with the world and the growth, death and rebirth of flowers."

What were your favorite tunes of the year? Email me or comment on Seven Days' social media.

The Sounds of New Year's Eve 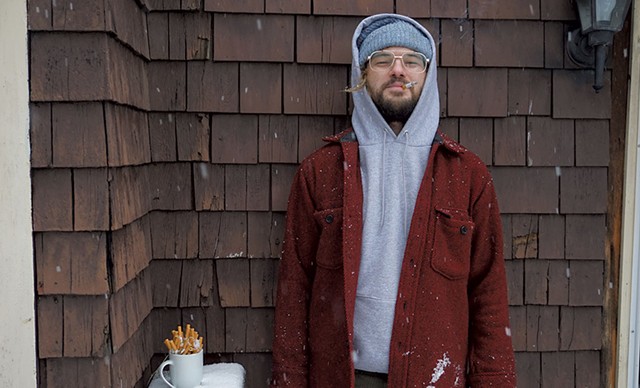 Didn't get to rage when 2020 was mercifully giving way to the New Year? Yeah, nobody really did. Thankfully, there are some quality New Year's Eve events happening this year. If you're looking to start 2022 in style, great shows abound.

Read on for a selection of some fun options, with one important caveat: This column was written in mid-December, just as the Omicron variant appeared in Vermont. The pandemic situation could be very different by December 29, the street date of this column, so check with event organizers. And be safe out there, folks.

In Burlington, Highlight, the New Year's Eve celebration that replaced the traditional First Night shindig a few years ago, has a stacked lineup. In addition to a slew of activities, installations and the return of Circus Smirkus, there are lots of musical acts on tap.

Indie rock and folk singer-songwriter Ryley Walker plays a full-band show at the BCA Studios on Pine Street. If you haven't caught Walker live since he moved from New York City to Vermont this year, I highly recommend doing so. His latest, Course in Fable, was one of the best albums of 2021, full of progressive rock-leaning folk songs and thrilling guitar work.

Highlight's main stage at the ECHO Leahy Center for Lake Champlain features sets by Zach Nugent playing the music of the Grateful Dead, plus Marcie Hernandez and jazz outfit Freeway Clyde. That's just a hint of what's happening at Highlight, so be sure to take a look at the full lineup.

I'm not going to lie: I did a double take when I saw what Zenbarn has planned for New Year's Eve. The Waterbury restaurant and venue brings in Cappadonna and Inspectah Deck of Wu-Tang Clan for one of the most out-of-nowhere bookings in recent memory. The schedule for the night is bonkers.

Tickets include a "decadent" buffet dinner, according to Zenbarn, followed by a local talent showcase hosted by Jimmy Kang from Wu-Tang Management and Str8up Entertainment Group. The showcase winner gets a distribution deal with Sony Music subsidiary the Orchard. That alone is worth checking out: a night of hungry MCs going for deals.

Wu-Tang in Waterbury. If that doesn't sum up the weirdness that was 2021, I don't know what does. Or maybe it's more of the shape of things to come in the New Year. Here's hoping!

Whatever your New Year's Eve plans, stay safe, soundtrack your night, and I'll see you all on the other side to hear what 2022 brings.