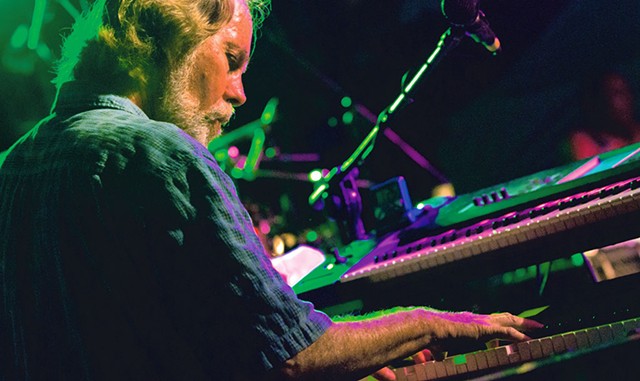 I've been thinking a lot about musical legacies lately. I'm in that not-so-sweet spot of aging when all the records I grew up loving are getting their 25th anniversary releases. I watched a woman at Burlington Records the other day take out a copy of Hello Nasty by the Beastie Boys and loudly proclaim, "There's no way in hell this was over 20 years ago!" To which her girlfriend replied, "Yes, it was, and you didn't even have a fucking cellphone, girl."

I'm at the age my parents were when their generation started packaging baby boomer music as the greatest of all time. I still remember adults, even my older brothers, trying to explain to me how the Doors were good.

Now, I know the Doors have become low-hanging fruit for younger generations to shit on, but I think there's a general reckoning of older acts and their legacies these days. Observe Paul McCartney and Roger Daltrey almost gleefully taking the piss out of the Rolling Stones in the last few weeks. (For the record, I agree with them both that the Stones are an overrated blues band. That said, Exile on Main St. is still probably the greatest rock-and-roll record ever recorded.)

Maybe I'm wrong, but I think one reason a band like the Stones is taking heat these days is ... how to put this ... well, they still exist. It's their stubborn refusal to stop playing, married to their equally stubborn refusal to change. For good or bad, the Stones largely have stayed frozen in amber, churning out stadium tours every few years. They are not alone, particularly where bands of the '60s and '70s are concerned.

Which makes what is happening with Little Feat so much more interesting to me. For the unfamiliar, Little Feat are one of the last great American fusion bands from that era. Formed in 1969 after Frank Zappa kicked guitarist Lowell George out of his Mothers of Invention band for being too good, Little Feat combined Los Angeles' Laurel Canyon folk rock, New Orleans' swamp boogie, folk, jazz, country and rockabilly to create a wholly unique sound. Records such as Dixie Chicken and Feats Don't Fail Me Now established the band as a force in the early '70s. Jimmy Page even called Little Feat his favorite American band.

George, whose little feet gave the band its name, died of a heart attack in 1979, after which the band stopped playing for eight years. In 1987, fellow founding member and keyboardist Bill Payne reformed the group, which released Let It Roll the following year. Little Feat would continue releasing records and touring until the death of guitarist Paul Barrere in 2019.

Payne stepped away from the band for a few years, performing with the Doobie Brothers, but has now begun what he calls the third iteration of Little Feat. Featuring Scott Sharrard (Gregg Allman Band) on guitar in place of Barrere, the new version of the band hits the road this month to herald its rebirth, including a stop at the Flynn in Burlington on Saturday, November 20. I recently called Payne by phone, while he was still knee-deep in rehearsal mode, to talk about what's next for Little Feat.

"This feels like a real band again," Payne enthused. "I've been in bands since I was 15, so I have an idea what it feels like. I love playing with these guys. We were working on stretching out a number we've done for years, and the way it happened was so organic."

The song in question, "Tripe Face Boogie" from 1972's Sailin' Shoes, is one of more than 40 songs that Payne and the rest of the band are furiously rehearsing for what they are calling the By Request Tour. In the months leading up to the tour, fans could submit songs they wanted the band to play.

"I've wanted to do a tour like this for a long time," Payne said. "It's daunting for sure. People are throwing songs at us that we haven't played in years. I mean, take a song like 'Got No Shadow.' I don't exactly sit around listening to Little Feat records in my spare time, but I completely forgot that Lowell sang that tune. I thought I did!"

Payne knows they can't honor every request, but the process of trying to is tightening up this latest iteration of Little Feat in a way that excites him. The band had only been rehearsing for a few days when we spoke, but the enthusiasm in his voice was impossible to miss.

"Honestly, I'm like a kid in a candy store right now," he revealed. "I was driving with Fred Tackett [guitar, mandolin] after we played the other night, and he said something that really hit home. He said, 'Bill, there isn't a thing this band can't play.' And, you know, it struck me as true. He's right, and that feels great."

Once the By Request Tour finishes up, Payne hopes that the band will get into the studio. He estimates that, between songs he has written and songs other members have ready, there are at least two more Little Feat records waiting to be made.

"We're ready for the next step," Payne said. "The band sounds fresh, we have an incredible team around us, from management to our crew, you name it. It's an exciting time to be Little Feat."

Best of All Worlds 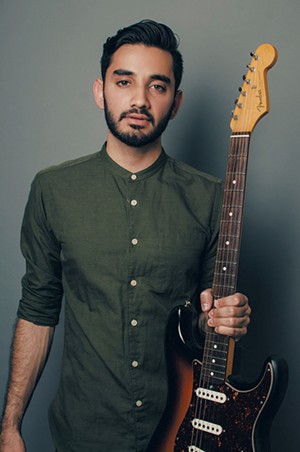 There's fusion, and then there's the magic that New York City-based guitarist and composer Shubh Saran creates. The Berklee College of Music graduate is ethnically Indian but has spent most of his life living all over the world, including in Cairo, Geneva, Toronto, New Delhi, Boston and now New York City. It's fascinating to listen to Saran channel all his experiences and influences into one utterly unique sound.

When Saran dropped his 2020 EP Becoming, it was a refreshing combination of his punk-rock roots and the jazz and R&B music he studied at Berklee. Here was a guitarist capable of moving effortlessly between Western and non-Western sounds, picking out intriguing melodies on his Fender Stratocaster, all while channeling the energy of the pop-punk music he grew up loving.

Inglish, Saran's newest LP, takes that spirit of multi-tradition fusion and turns it up to 11. On tracks such as "postradition" and "There Across the Ocean," the composer removes any sort of divider between his musical worlds. By blending the styles together so subtly, Saran creates a futuristic sound full of Indian rhythms and waves of synths and layered guitars.

"I started to make this record during the height of the pandemic, when it all felt so endless," Saran told me recently over Zoom. "I think, not knowing when I'd be able to tour again or even play with other musicians, it helped push me to make this record differently than I had done in the past. I used to worry about recording music that I wouldn't be able to re-create perfectly onstage, but I've learned to not worry about it anymore."

Indeed, Inglish sounds like a record crafted by an artist completely unfettered. These aren't songs that make it easy for a listener to differentiate Saran's influences. The songs don't even allow for it, as they move from one intriguing sound to the next, too elegantly composed to reveal geographical parts.

"I think I've arrived at a natural inkling as a writer," Saran explained. "When I hear melodies, I hear them with some Indian inflections for sure, which will seep into my rhythmic choices, as well. But I promised myself early on that I would never make something sound a certain way just for the sake of it, which is a common thing when you're fusing non-Western music with Western music. I didn't want to do that, because it can exoticize the very thing you want to fuse. It becomes disingenuous."

Similarly, you won't hear much on Inglish that harkens back to Saran's pop punk-loving past, even if he retains the spirit of those bands.

"I picked up the guitar after I started listening to bands like Blink-182 and My Chemical Romance," he said. "As someone who moved around a lot, it was a welcoming genre. It didn't feel like it had some huge tradition."

While Saran conceded that the level of musicianship in those bands meant that he didn't necessarily base his playing off them — "Those guys weren't exactly great guitar heroes to have," he admitted — it was the energy and ethos of pop punk he latched on to.

"The whole thing with that scene was: Look, you don't have to be the greatest player. But you should do what you want, play what you want, be yourself," he said. "They were great examples of musicians writing the music they want to, which is something I really identify with."

You can check out Saran and his band at the Higher Ground Showcase Lounge in South Burlington on Wednesday, November 17, along with openers Lazy Bird.