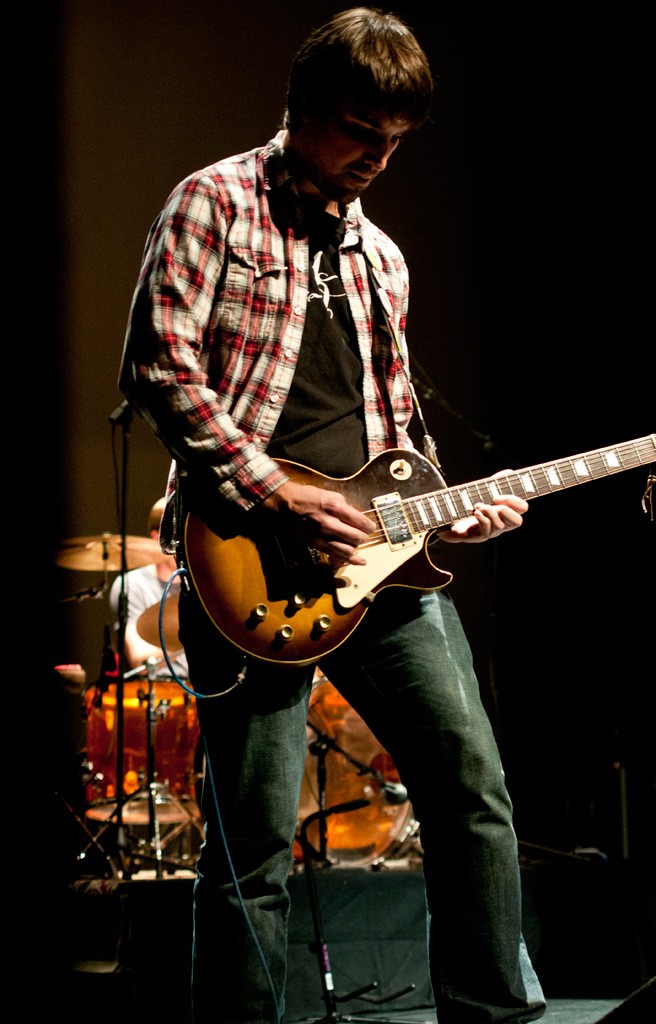 There are bad days. And there's the day Derek and the Demons guitarist Kiel Alarcon endured last year.

Last July, Alarcon and his best friend Brendan Dangelo, a cofounder of Windsor-based sorta-label and collective What Doth Life, were hiking nearby Mt. Ascutney, a 3,000-foot peak. Alarcon, by all accounts, was at the time a guy in fantastic physical shape. For example, as part of a 2012 National Bike Challenge, he biked to work from Windsor to Hanover, N.H. — a 50-mile round trip — every day for a year. He logged more miles than anyone else in the country who took that challenge. So Dangelo didn't think much of it when Alarcon showed up for the hike without a water bottle and didn't have a drop to drink from base to summit.

"He is a badass," wrote Dangelo in a recent email to Seven Days.

Three days later, Alarcon was biking to work and began to feel dizzy. He collapsed on the side of the road. He was rushed to the hospital in an ambulance, where the consensus seemed to be that the dizziness was the result of stress, perhaps due to dehydration — even badasses need water. He went home, but still didn't feel quite right. Worse, he began feeling numb all over his body. A second opinion and a battery of tests revealed an M&M-size tumor on his spine. The tumor had ruptured and begun to bleed, which caused his dizziness and numbness. Doctors decided a complicated, delicate surgery was needed.

That, however, was not Alarcon's bad day.

On the day he went in for surgery, his family and friends held their collective breath. Particularly given that, as Dangelo put it, with "the electric motherboard" that is the spine, any number of things could go wrong and an equal number of outcomes were possible, including that Alarcon might not walk again.

Wracked with nervous anticipation while awaiting word on the outcome of the surgery, an antsy WDL member, Tim Knapp, decided to drive by Alarcon's parents' house. It was on fire.

Fortunately, no one was hurt in the blaze and the damage was not total. But, Jesus. Kinda puts your whiny little Facebook posts about that tough day at work into perspective, doesn't it?

When Alarcon emerged from his 12-hour surgery, it became clear his recovery would be long and arduous. Among other problems, he couldn't feel his feet. He was sent to Boston for a three-month rehab. He eventually was able to resume walking, but he still has nerve issues and numbness in his lower half.

Alarcon returned to work this past summer and was able to spend half his time working from home. Things seemed to be going swimmingly. That is, until he was informed that his position had been defunded. Alarcon was out of a job.

(If I could chat with God privately for a sec: Dude, what do you have against this guy? Did he kick puppies in a past life or something? Cut the man a fucking break already.)

Now, if you're unfamiliar with What Doth Life, it's a small Upper Valley collective of close-knit musicians who have been responsible for some of the most interesting and sometimes bizarre music made in Vermont. It regularly puts out releases from artists such as the Pilgrims, Carton and the mercurial, prolific genius Luke Chrisinger, to name a few. But, as with its Montpelier brethren at State & Main Records, some of the label's most interesting releases are its compilations. Raise your hand if you see where this is going.

WDL has a comp set for release this fall to benefit Alarcon. Presumably, it will feature some signature Pilgrims scorchers, rollicking cuts from Derek and the Demons and Alarcon's other band, the Jobz, and probably some weirdly brilliant shit from Chrisinger, who likely wrote six albums in the time it took to type this sentence. But WDL wants more. Nay, it needs more. That's where you come in.

WDL is accepting submissions for the compilation until October 20. If you're an artist or band interested in submitting music and making Kiel Alarcon's day, you can email Dangelo at danbrendan@gmail.com.

I don't know if we can yet call this a trend on par with, say, album-tribute nights, but BTV-centric remixes seem to be quite in vogue in the Queen City of late. Last week, we had Swale's Direct Inbreds remix record that accompanied their new album, The Next Instead. And this week sees the debut of a new remix series, dubbed Queen City Bootlegs, from local producer Sasquatch through newbie imprint Section Sign Records.

The first installment of the maybe-monthly series dropped on Tuesday, September 30, and features two reimagined cuts from recent local releases: "Island Would" by Nyiko and "Lose My Mind" from Heloise & the Savoir Faire. Sasquatch typically trades in danceable house and hip-hop-influenced fare, so both Nyiko and Heloise, two artists who can bang out frenzied electro pop with the best of 'em, are solid choices.

"Island Would," laced with steel-drum synth and the fleeting sound of crashing waves, takes on a breezy beach feel. On "Lose My Mind," Sasquatch accelerates Heloise Williams' vocals to mind-altering speeds over a classic house beat. Think Alvin and the Chipmunks meets Jungle Brothers. And I mean that in a good way.

If QCB Vol. 1 is any indication, this should be an entertaining series. Though I'd be curious to hear what the eminently talented Sasquatch would do with tunes that don't already naturally jive with his typical style. Stay tuned.

Welcome back, Seth Gallant! Once upon a time, Gallant was one of my favorite local performers to watch as the dynamic front man for pop-punk heroes In Memory of Pluto. After that, he logged time in the alt-country outfit Great Western, before moving to Maine. He's still there and is apparently spending his time holed up in the woods, writing and recording nifty little country-rock tunes in the vein of Gram Parsons, with just a touch of early Bobby Bare Jr. Gallant swings through town this Friday, October 3, opening for songwriter Charlie Parr at the Monkey House in Winooski. (See the spotlight on page 76.)

Last but not least, there's an interesting little comedy show at Zen Lounge in Burlington this Saturday, October 4. The headliners are a newly married couple from Portland, Ore., standups Doug and Teresa Wyckoff, who are spending their honeymoon touring all 50 states in the country with a show called "The He & She Show: A Stand Up Comedy Date Night." The veteran duo blends insightful political commentary with a penchant for outrageous dick jokes. 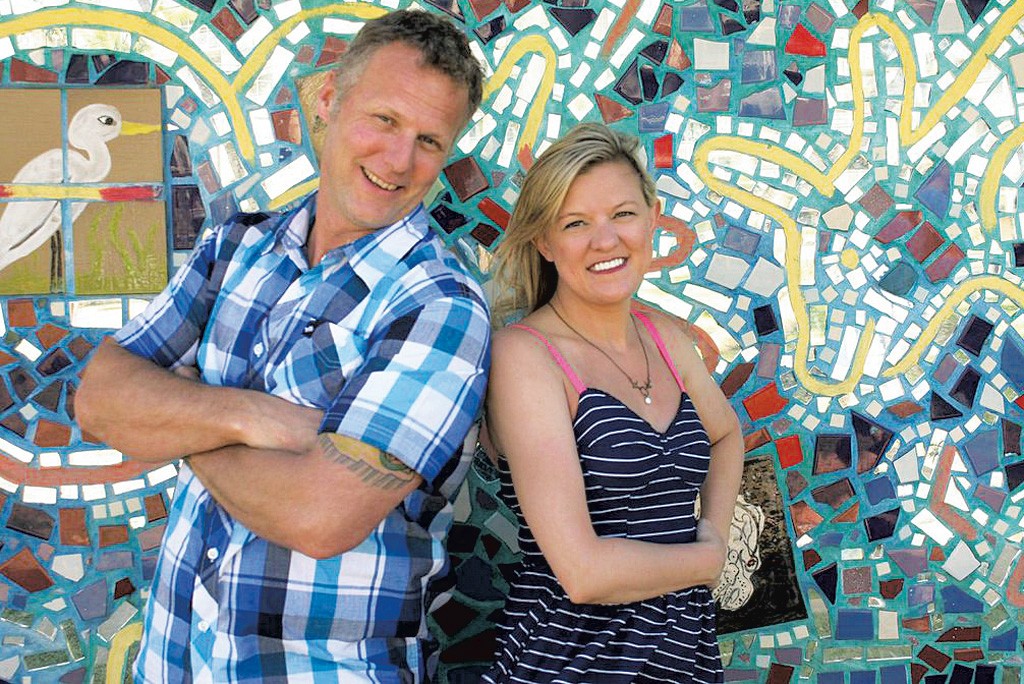 Nah. Just kidding. The couple's material primarily focuses on the ins and outs of wedded bliss and/or misery. The show is interactive, too, featuring a segment in which the Wyckoffs solicit marriage advice from the crowd to riff on. The Vermont date is hosted by local comedian Regi B and will also feature a pair of promising local comics, Nicole Sisk and Taylor Scribner.

The original print version of this article was headlined "The Terrible, Horrible, No Good, Very Bad Day"