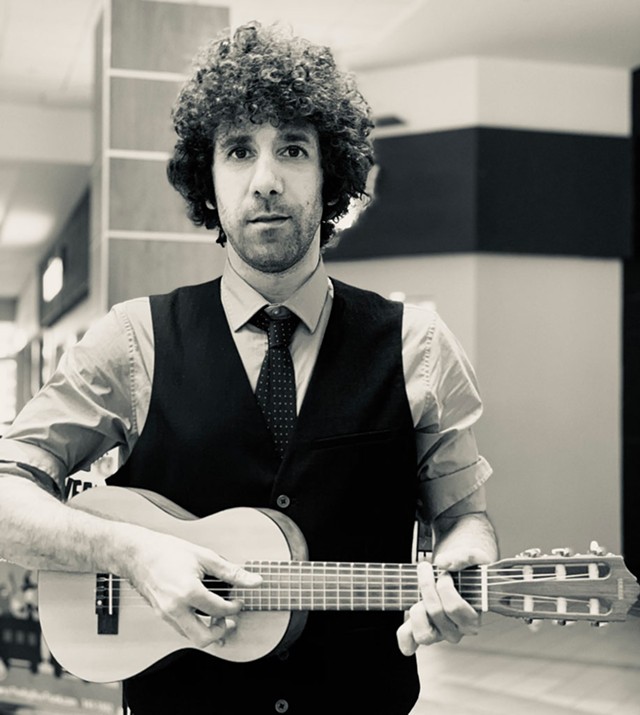 The holidays are upon us, and that means seasonally festive music is almost certainly pouring out of every ceiling-embedded loudspeaker you're likely to pass under. A little recommendation for Burlington's independent businesses planning to blast their customers with some holiday selections: Keep it local by playing Joshua Glass and Friends' new album Merry Christmas From Burlington. The 12-track compilation features a slew of Vermont artists at their jolliest. (Another great local pick is Maxine Linehan's This Time of Year. Read our Q&A with the Manchester-based artist in last week's paper.)

"It was really my first exercise in trying to arrange, compose, produce, mix and all that kind of stuff," he said of the 9-year-old record. "I had very minimal experience at the time."

Glass, who during the call referred to himself as a "Jew-y jingler," a nod to his Jewish heritage and love of Christmas, also said the 2011 attempt was arranged somewhat haphazardly, only eight days before the big holiday.

"We had this shoddy, kind of amateurish recording," Glass explained. "I always wanted to do it over again. Also, the fact that I'm bored as hell, I thought it was the perfect time." 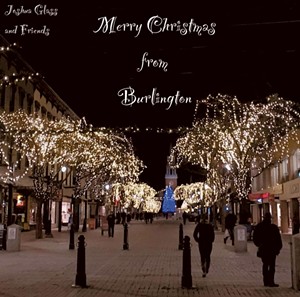 The new recording is as shiny and sparkly as a string of twinkle lights dripping with tinsel. It features unique impressions of tried-and-true classics, such as Glass' nimble version of "Winter Wonderland" and frequent collaborator Andriana Chobot's powerful, solo piano recording of "Auld Lang Syne."

Also included is one brand-new track, "(It's Alright to Feel) Sad at Xmas." The original acoustic pop song comes from the Leatherbound Books, who are fresh off the release of their long-awaited 2020 album, These Were the Days. Independently of Glass' compilation, they recently released another emotionally complex Christmas tune, "Hopeless for the Holidays," which is available at theleatherboundbooks.bandcamp.com.

Glass recorded most of the music for Merry Christmas From Burlington by himself at home and had the "friends" send along their vocals to be mixed in. One song that he didn't play on is Vermont expat Terri Conti's whimsical, fast-finger accordion version of "The Chipmunk Song (Christmas Don't Be Late)," which is instrumental and, thankfully, doesn't feature any helium-voiced rodents.

Perhaps the wildest entry is expat Mildred Moody's incredibly creepy, Tom Waits-esque subversion of the childhood favorite "Santa Claus Is Comin' to Town." In place of the song's typically cheery vibe, slithering strings and foreboding piano underscore the palpable dread hidden in the song's lyrics: "He sees you when you're sleeping..."

Merry Christmas From Burlington is available to stream and download at joshuaglassmusic.bandcamp.com. 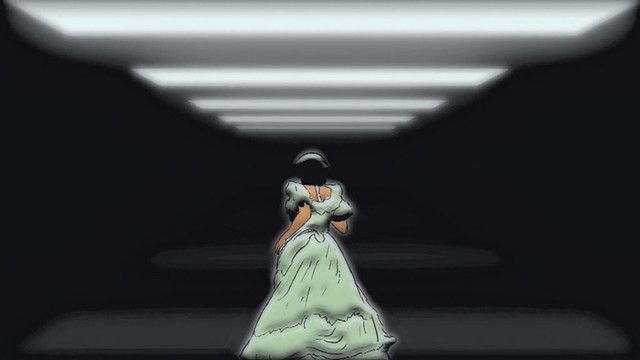 Earlier this year, singer-songwriter Francesca Blanchard released her long-awaited LP, Make It Better. Recently, she and the album's coproducer, Christopher Hawthorn, teamed up again to make Redux, an EP that reimagines three songs from that album: "Did It to Myself," "Baby" and "Free." Drastically stripped down and electro-fied, the tunes find new life as quiet storms.

Additionally, artist Nate Sonenfeld brings the new "Did It to Myself" to life in a stunning animated video. The anime-style clip perfectly captures the original tune's melancholy, as well as the Redux version's sleek futurism. Watch the video on YouTube, and stream the Redux EP on all major platforms.

Bassist Alex Budney — aka DJ Steal Wool — recently released a new holiday mixtape on DJ platform Mixcloud. For anyone looking to shake off the doldrums of standard holiday music with a blast of funky, fresh and seasonally appropriate jams, search out the DJ on the Mixcloud site. Or, if you wanna get old-school with it, contact Budney via Instagram (@djstealwool) and he'll burn you a CD of the continuous mix. It's tailored to the standard CD-R 80-minute limit.

In understandable yet still disappointing news, the Flynn's upcoming socially distanced live performance series, "The Window on Main," has been postponed to a later date. It was meant to commence this weekend, with performances taking place in the Flynn's Chase Dance Studio every day from Friday, December 11, through Sunday, December 13. Onlookers were meant to enjoy the eclectic shows from the sidewalk through the studio's large windows.

The series was announced just prior to Vermont's most recent and ongoing spike in positive COVID-19 cases, which prompted some new restrictions about events and gathering sizes. Kevin Titterton, the Flynn's director of marketing and communications, said in an email that the Flynn received dozens of applications to perform in the series "and plan[s] to select a lineup when we're able to safely proceed."

San Mateo, the new project from Matt Burr (formerly of Grace Potter & the Nocturnals), Matt Hagen (the High Breaks) and DJ Craig Mitchell, recently unveiled its first track and video, "Can't Get Enough." Recorded in Puerto Rico, the sensual-as-hell R&B song is the perfect antidote for plummeting temperatures this winter. A harbinger of a complete album, the track is the first of many that the band plans to trickle out in the coming weeks and months. Mitchell confirmed in a recent call that a second, as-yet-unnamed single is currently being mixed and will arrive sooner rather than later. "Can't Get Enough" is available on YouTube and major streaming sites.

Jonathan Richman, "I Was Dancing in the Lesbian Bar"

They Might Be Giants, "Which Describes How You're Feeling"