They came. They saw. They scatted. And with that, yet another Burlington Discover Jazz Festival is in the books. And to borrow a line from a Facebook status posted by our pal Reuben Jackson, host of Vermont Public Radio's "Friday Night Jazz" show, I miss it already.

In part, that's because I didn't get to nearly the number of shows I would have liked to this year. Especially with a festival the size of the BDJF, that's inevitable. There is always something cool happening while you're at something else that's also pretty cool. But I did catch a few highlights, which I'll share with you now.

Sometimes I forget just how good Japhy Ryder are. Their set at Radio Bean this past Friday was simply transcendent. Call it progressive jazz, artsy post-rock or, as I've been wont to suggest in the past, porn-prog. However you define what they do, Japhy Ryder are a seriously fascinating band seemingly without artistic limitations. Their set that night was electric, exciting and surprisingly moving. At one point, trumpeter Will Andrews made the hair on my neck stand on end as he played a beautifully mournful line over his band's simmering groove. Dude plays with a sensitivity and elegance you don't often see at any level. To see it in the cozy confines of the Radio Bean was truly special.

Also special? Boats! I've been going to shows at Waterfront Park for years. And I've always been envious of the seafaring folk who get to watch shows from the comfort of their boats in Burlington Bay. It's something I had not done until this past Saturday, when some friends and I caught Kat Wright & the Indomitable Soul Band from a boat in the harbor. I gotta say, that's something everyone should try at some point in their lives. The sound carries surprisingly well. And it's just fun to have a different vantage point. Unfortunately, we had to set sail before Belizbeha took the stage. But I'm told by reliable listeners they partied like it was 1999. As well they should have.

I've written several times that my favorite aspect of the BDJF is the element of surprise. It seems every year I'm smitten by some band I didn't know I loved until I stumbled into their show. So it's a little surprising that one of my favorite moments from this year's fest involved a band I know quite well, the all-girl rocksteady outfit Steady Betty.

Regular readers know I've been a fan of the band pretty much since its inception as Panty town. But SB's set Saturday evening at American Flatbread was perhaps the best I've seen them play, which is saying something. And a big reason why was the band's new bassist, Jennifer Giammanco, who recently replaced the group's original bass player, Caroline O'Connor — certainly no slouch on the low end herself.

Giammanco was the star of the show, which is impressive given that the band features some high-profile talent in the form of vocalists Kat Wright, Miriam Bernardo, guitarist Linda Bassick and drummer Jane Boxall. But Giammanco is a spark plug. Even standing to the side of the small stage, you couldn't help but watch her energetically bounce and groove to her band's breezy take on early ska and rocksteady. And oh, what a groove it was.

Bass is critically important in rocksteady, and Giammanco plays with a fire and force that elevates Steady Betty to a new level — which is no way meant as a slight to O'Connor, who is also quite talented. And I'm not alone in that thinking. Rob Morse, widely acknowledged as one of the state's premier bassists, was equally impressed with Giammanco's playing as we stood watching the band in the Flatbread alley.

Yup. See for yourself when Steady Betty play Positive Pie in Montpelier — with a full compliment of horns, no less­­ — this Friday, June 13.

Toward end of their set, Bernardo made an observation about the festival that had never occurred to me before. I'm paraphrasing, but she basically said that, for musicians, the best part of the BDJF is the chance to see all of your friends play. That doesn't happen as often as you might think, since musicians are often out gigging themselves when their friends are playing. Indeed, the crowds I was part of during the festival were often filled with musicians checking out their friends' bands, which lent a celebratory air to those shows — including Barika's spectacular set at Nectar's on Saturday following Steady Betty. All in all, it made for a wonderful week and another great jazz festival.

If you go to one show this weekend — though really, why would you only go to one? — make it People Under the Stairs, who play the Full Moon Masquerade at ArtsRiot on Friday, June 13, with Thanksgiving Brown and locals AgentSlacker, the last of whom are releasing their debut album on Jenke Arts. (See the story on page 66.) 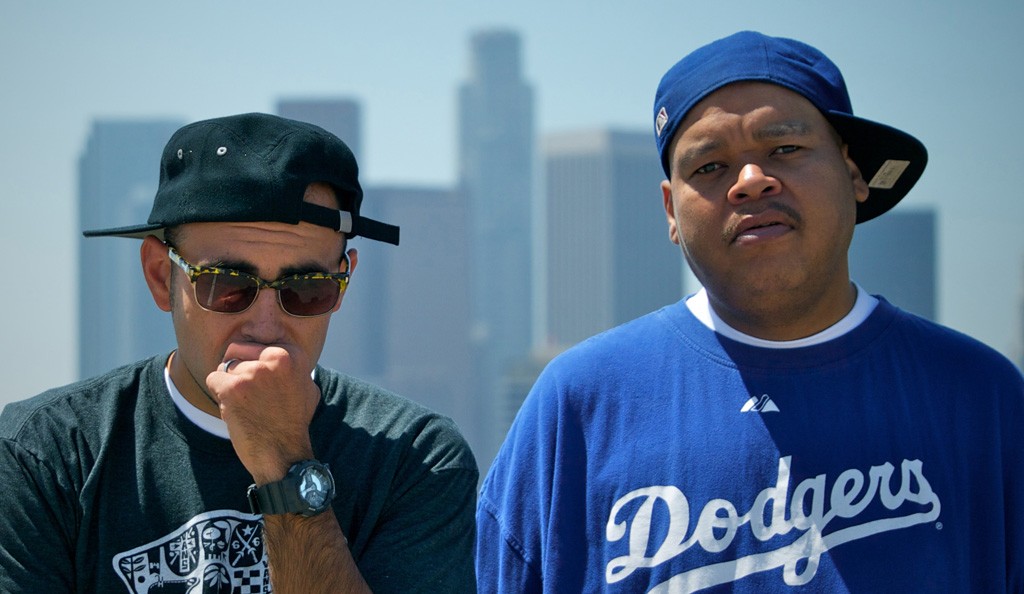 If you're unfamiliar, PUTS are generally regarded as the most successful independent hip-hop act on the planet. Their forward-thinking wordplay and progressive musicality have earned them one of the better nicknames in the music biz: "The Steely Dan of Rap Music."

PUTS have a new studio album out, their ninth, called 12 Step Program. Much like their earlier works, the record is informed by West Coast hip-hop of the 1990s — PUTS often cite acts such as the Pharcyde and Jurassic 5 as influences, which is apparent in their music. The duo also has a reputation for exceptional live shows, so the chance to see them at ArtsRiot this weekend should not be passed up.

Speaking of hip-hop, if you want to get a taste for the local scene, you could do worse than to swing by the Rap BTV Hip-Hop Talent Show at Club Metronome this Thursday, June 12. The showcase features an impressive cross-section of homegrown talent, including Habit, the Brain Gang Collective, Chyse Atkins and Patron Pone, to name a few. Also appearing are Barre's Bar None the Best. The up-and-coming group recently hit the studio with producer and VT Union cofounder Nastee, who tells me the new record is excellent. Dude hasn't steered me wrong yet, so keep your ears out for that one.

Bluegrass fans, take note. The weekly Bluegrass Thursdays series at Nectar's returns this week after a lengthy hiatus. And the House That Phish Built is kicking things off in style, with Pennsylvania's Cabinet. They're one of the most technically accomplished bands in modern bluegrass — in part because their banjo player, Pappy Biondo, is ri-goddamn-diculous. Also, his name is Pappy, which automatically makes him a killer bluegrass player.

Last but not least, if you enjoyed last year's Otis Mountain Get Down in Elizabethtown, N.Y., you'll want to drop by Signal Kitchen this Saturday, June 14. The OMGD folks will unveil the lineup for the 2014 festival that night with a special show featuring four as-yet-unannounced acts playing the fest. And if you show up wearing any kind of OMGD swag, you'll be entered in a drawing to win tickets to Get Down, which runs September 12 through 14.