Soundbites: It's Not Easy Being Green 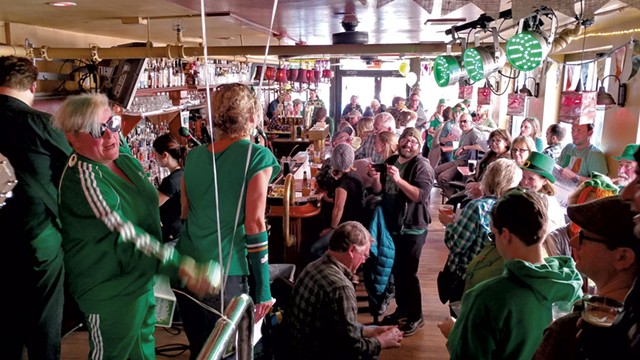 Once in a while, a story just doesn't pan out the way you hope it will. You think you have good idea or a fun angle, and all of the elements are in place. And then, it just fizzles out — usually for reasons beyond your control. It sucks, but it happens.

In the past, I think I’ve made it pretty clear that Saint Patrick’s Day is one of my least favorite holidays. I usually spend the day hiding under the covers, rocking back and forth with my head in my hands. But in the spirit of thrusting myself into situations I usually avoid — like I did a few weeks ago with EDM shit show Hyperglow — I thought downtown Burlington’s bar scene on Saturday, March 17, might provide similarly outlandish fodder. However, even with the holiday falling on a weekend, luck — Irish or otherwise — was not with me. It was one of the mildest St. Paddy’s Days I’ve ever witnessed.

Maybe the kind of cartoonish buffoonery I anticipated was happening elsewhere. But both Rí Rá Irish Pub and Red Square — typically two of Church Street's biggest draws on the day in question — were, like, kinda tame.

Don't get me wrong: Rí Rá was super crowded with Guinness-swilling folks when I arrived mid-afternoon, and traditional Irish band Green Corduroy were charming as all get-out. But despite congestion throughout the watering hole, the scene felt quite tolerable and, frankly, a bit neutered.

Across the way at Red Square, Everybody's Favorite Irish Drinking Songs Band — which features Seven Days art director Rev. Diane Sullivan on vocals — stirred up the usual amount of trouble. They whipped foil-wrapped potatoes into the crowd as audience members sang along to classics such as "Danny Boy" and Flogging Molly's "Fuck You, I'm Drunk." But again, people were gracious and well composed. No one that I saw needed to be carried out in a wheelbarrow.

I popped my head into a couple of other downtown bars, and the energy was similarly stagnant. Where was the madness I'd witnessed so many times before? I even heard from Half Lounge co-owner Adrian Sackheim that the late-night scene felt like a pretty average Saturday.

And that's what killed the story. Maybe my timing was off, or perhaps ideal ski conditions siphoned off a good chunk of the populace — I heard the mountains were packed. Either way, Saturday confirmed something I've noticed ever since I took up this post: Burlington can be quite unpredictable.

Fun fact: Pop culture website Nerdist pointed out in a 2017 piece that Zombie was originally titled Zombi 2 in an attempt to latch onto George A. Romero's success with Dawn of the Dead, or Zombi as it was called in Europe. Isn't learning about marketing and distribution fun?

"I've been holding it in my back pocket for a while, waiting to unleash it upon people," he writes in an email to Seven Days. "It's gross, trashy, weird and tons of fun. I can say from multiple personal experiences that it slays with an audience."

One more thing: This is the last Cinema Casualties currently on the books. That's not to say that the series is as dead as the corporeal consumers of Zombie. Appropriately, we'll have to sit in suspense to find out its ultimate fate. 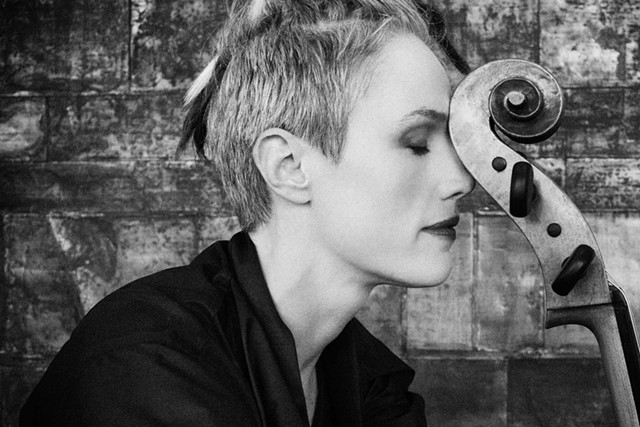 Were you lucky enough to snag tickets to the sold-out Kat Wright and SoundBrother show on Saturday, March 24, at the Higher Ground Ballroom in South Burlington? The free-of-charge, somewhat last-minute addition to HG's schedule came with some pretty cool news: It was a launch party for a forthcoming docu-series on Vermont PBS called "Bardo: A Night in the Life." The TV show features host and creative director Ryan Miller (Guster) in conversation with some of Vermont's best and most beloved musicians.

The date of the series premiere is currently unknown, but we'll do our best to keep you updated on this intriguing new project.

Alex Nahas, of Brooklyn-based "cinematic art-rock duo" Bright Brown, performs on Tuesday, March 27, at the Light Club Lamp Shop in Burlington. Nahas has the distinction of playing one of the most disorienting stringed instruments: the Chapman Stick. The guitar-like doohickey can have up to twice as many strings as a standard axe, which are tapped rather than plucked.

Special guest Zoë Keating joins Nahas. The master cellist is known for her work with mind-bending cello-core band Rasputina, as well as indie superstars such as Amanda Palmer and Imogen Heap. The former San Franciscan recently resettled in Burlington.

I just want to give a li'l shout-out to local promotion outfit Hope All Is Well. It's quickly evolved beyond its origin as a DIY booking group into a full-blown online media outlet. Not only does the collective's website provide all the necessary info about its upcoming shows, it includes interviews with the artists it presents, and you can listen to mixtapes, view photo galleries and check out new track reviews.

This week, Hope All Is Well presents indie oddballs the Forms on Thursday, March 22, at the Monkey House in Winooski. Locals Plastique Mammals and Grease Face, as well as Brooklyn-based four-piece Fixtures, add support.

Soft Hair, "Lying Has to Stop"

Young Fathers, "In My View'"