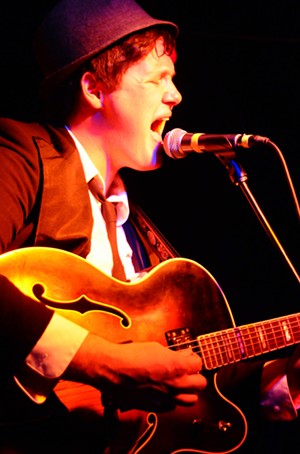 I'm not gonna lie, folks. Your friendly neighborhood music editor is all kinds of frazzled this week. Mostly, it's the anticipation of the impending Super Bowl matchup between my beloved New England Patriots and the defending champions, the Seattle Seahawks, this Sunday, February 1, that has me on edge. But also it's because last week Higher Ground announced that "Weird Al" Yankovic will be returning to the Flynn MainStage in July. I'm geeked out on so many levels right now, I hardly know what to do with myself. You know what that calls for? A thoroughly random, rapid-fire edition of Soundbites, that's what. Buckle up.

A few weeks ago, I finally caught a show at Buch Spieler Music in Montpelier. I didn't write about it at the time because the show itself presented a conflict of interest — it featured Montpelier-based songwriter Rachel Ries, who often plays with my younger sister, as she did that night. But I've been itching to report my findings on the record store as a venue and have been waiting for an opportunity to do so. Good news! I've got one. This Thursday, January 29, new local band Heavy Plains will play their debut show at BS. Serendipity.

I was genuinely enamored with the record-store-turned-rock-venue. I'll confess that space is a little tight, even with the stacks of wax pushed to the edges of the room. But it's cozy and friendly. Furthermore, it's hard not to feel just a little bit cooler hanging out there. There's an underground, in-the-know quality to seeing a show at the store that I found gave the whole night an air of mystique. Granted, Ries' music is much softer and more intimate than than what I'd expect from Heavy Plains. But still, catching a show at Buch Spieler was a delightful change of pace from bars, coffee shops and rock clubs. I recommend it.

Right about now many of you are probably saying, "Cool! But who the hell are Heavy Plains?"

Not only is the band making its first-ever public appearance at Buch Spieler on Thursday, it's also unveiling a debut self-titled record that very night. Neat move, no? 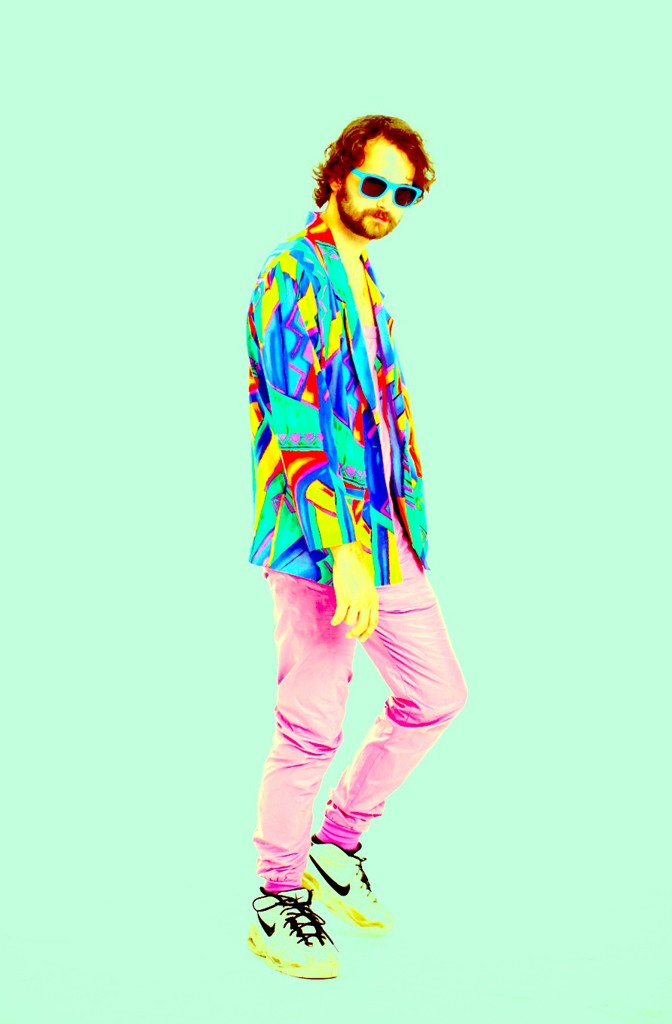 Most bands grind away for months and sometimes years before cutting a record. But HP are not most bands. In fact, they're something of a local indie-rock supergroup. The band features Luke Awtry (Vetica) on guitar, Chris Simard (Chuck the Plains, the Proper) on bass, Tyson Valyou (Chuck the Plains, the Proper, Husbands AKA, Pretty & Nice) on drums and occasional Seven Days contributor John Flanagan (Chuck the Plains, In Memory of Pluto) on vocals and guitar. That's some serious local rock pedigree. And based on what I've heard of the record, it shows.

We'll have a review of the album in the coming weeks, but for now I'll say that it's a pretty rocking affair with strong melodic hooks and just a hint of throwback to the grunge heyday. I approve. By the way, if you miss them in Montpelier, Heavy Plains will play their second-ever show at the Monkey House in Winooski on Saturday, January 31. Boston's the Sun Lions and Windsor's Carton join in for both shows.

While we're on the subject of new bands, local vocal virtuoso Josh Panda has a new one: Josh Panda and the Halverson Boys. I haven't heard them yet, but given that the group features pedal-steel whiz Brett Lanier, bassist Ed Grasmeyer and drummer Dan Davine — plus Josh Panda doing Josh Panda things — I'm guessing they're pretty good. Find out when they play the Skinny Pancake in Burlington on Wednesday, January 28.

Moving on, it's time for one of the best gimmicks in local rock: the Rock Lotto.

If you're unfamiliar, the annual Rock Lotto is a benefit for Girls Rock Vermont, a summer day camp aimed at encouraging young girls looking to break into rock and roll. Given that rock music is still, sadly, a male-dominated field, that's an important task.

Here's how the Rock Lotto works. A slew of local musicians show up at Club Metronome on the morning of Saturday, January 31. Their names are tossed into a hat and then drawn at random to form all-new bands. Said bands are given the day to prepare a set, which each will play at the club later that night. Sound cool? It is. No one, bands included, can ever be sure how the performances will turn out. They could be transcendent. They could be total train wrecks. And that's part of fun.

For more info on the Rock Lotto and Girls Rock Vermont in general, visit girlsrockvermont.org.

If you missed the 2014 Vermont's Funniest Comedian contest in November, fret not! This Saturday, January 31, the top five comics from that competition will again take to the stage — this time under noncombative circumstances — for two shows at Hotel Vermont in Burlington, collectively dubbed "Best in Show."

To refresh your memory, newcomer Grant Robin won the VFC and, in doing so, bested some top-notch local talent, including Bitsy Biron, Mike Thomas, Kendall Farrell and Kyle Gagnon. I've yet to see Robin, but I've seen the other four, and I'll tell you that topping those folks is no small task. It should be a funny night at the city's swankiest hotel.

Last but not least, the hype machine for the forthcoming debut album from Madaila is in full swing. And I'll be damned if I'm not getting swept along right in it. The group, led by Mark Daly (ex-Chamberlin), has become one of Burlington's most-buzzed-about new bands since breaking out at the Precipice last summer. They followed that up with a hugely successful Nectar's residency in the fall and a sold-out New Year's Eve gig, also at Nectar's.

Madaila's record isn't due out until February, but the band has been teasing us with snippets of it for a few months now. The latest is a video for their song "I Know," an ultra-catchy track that, for some reason — Daly's falsetto, I suppose — makes me think of "Debra" from Beck's Midnite Vultures. Granted, Beck's song is kind of a lark, which I don't think was Madaila's intent. Still, that ain't a bad thing, and the song really is about the most earwormy thing I've heard in a while. Also, the video features a Spandex-clad dancer doing some pretty nifty aerial silk moves. So there's that.

Look for the premiere of that video on the Seven Days arts blog, Live Culture, this Thursday, January 29. You're welcome in advance.

The original print version of this article was headlined "Super Buzzed"