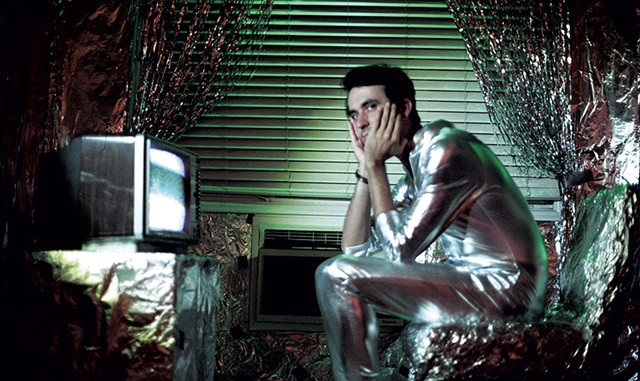 While watching my beloved Liverpool Football Club win the League Cup the other day, my friend Matt reminded me of something I'd well and truly forgotten.

"Hey, remember, we've got Roger Waters tickets in June," he said as he stared at the television.

Engrossed in the match, I only partially registered his words. As I watched Mohamed Salah, the best soccer player in the world — don't you dare come at me with Lionel Messi and Cristiano Ronaldo crap, people; we're talking soccer players, not fossils — I mumbled something like "OK, cool" to Matt and kept watching. A few seconds later, it hit me.

"Wait, what?" I demanded, wrenching my eyes from the screen.

Matt laughed. "Forgot all about it, didn't you? Me, too," he said. "Waters in Montréal in June, though, dude."

It all came back to me. Right before the pandemic hit, we bought tickets to see the former Pink Floyd bassist and singer play in Canada. The show was postponed, of course, multiple times. I guess at some point I just assumed it was canceled, like so many of the other tickets I've bought over the last two years. I may be the music editor at a major Vermont publication, but Matt keeps the closest eye on shows of anyone I know.

"So, we're going to see Roger Waters?" I put the pieces together.

"We're going to see Roger Waters," he answered, nodding as if explaining to a child how calendars work.

I don't think I'm alone in adjusting slowly to the return of live shows. Venues across the country are reporting rising ticket sales, but many of the people buying tickets aren't actually attending the events. In December, the Wall Street Journal estimated that most major music acts were reporting up to 20 percent no-shows among ticket buyers.

Similarly inconsistent numbers are plaguing the entertainment industry, from Broadway to your local Cineplex. Perhaps that's to be expected, as we (hopefully) creep toward some form of normalcy in live entertainment. Still, to be reminded that a 2020 show that I bought a ticket for in 2019 was finally about to happen gave me a needed boost of optimism.

So, too, does the return of expats the Fever Dolls. One of the more beloved local bands of recent years, the group rose from the ashes of Middlebury College act Iron Eyes Cody. Co-front person Evan Allis has since moved to Los Angeles, but the band has endured. It popped back east last summer to play the Higher Ground Backside 405 series in Burlington. Fever Dolls make another homecoming this Saturday, March 5, at the Higher Ground Showcase Lounge in South Burlington, with support from local rockers Father Figuer and Guy Ferrari.

I rang up Allis to talk about the show, what's in store for Fever Dolls and the state of touring right now. Last time we spoke, the band was wrapping up recording a new record, but it's been all quiet on that front since. So I asked Allis: What gives? Where's the album?

"Well, we decided not to put it out," Allis replied with a laugh. "Not yet, at least."

He explained that only about half the album recorded came across like a "Fever Dolls-sounding record." The other half was full of more mellow, folk-leaning songs, which he thinks will end up being a solo project for co-front person Renn Mulloy.

"It was honestly kind of liberating," he said of the delayed record. "Our release strategy for the last couple of years hasn't been that thought out: Whatever we finished, we put out.

"But we're really leaning in to this bombastic, fun sound with the new music," he went on, "and the quiet stuff just doesn't feel very applicable to us."

With the record on hold, Allis continued to work as a songwriter and producer in LA. That helped him reset from the incomplete Fever Dolls album, he said, and "fall in love with music in a different way."

Now recharged, Allis and the band aren't coming to Burlington just to play a killer show but also to finish what they started in 2020. The Fever Dolls plan to record a new second half of the album, working with local producer Chris Hawthorn, who will likely mix the record.

Allis said the band plans to book more dates in the summer. But for now, the only chance to catch it is at Higher Ground — a show Allis is excited to play.

"It's kind of unbelievable being back in clubs again," he said.

Indeed, Allis has more than a passing fondness for his old scene. Even on the opposite coast of the country, he's kept tabs on what's coming out of Vermont.

"There's so much talent in Burlington alone," he said. "I love what's going on with the scene these days. It would be among the top talent in New York or LA, but a lot of the artists in Vermont want to be there. I think it's more conducive to their creative process to be in more rural surroundings, without all the noise of the cities."

I asked Allis if he ever feels similarly to those Vermont musicians while he's working on projects out in LA.

"It's funny, I find living and working in these big cities has been really rewarding for me," he said. "But I've definitely thought to myself on occasion, Damn, I could just go back to Vermont and work with my friends, and the result would be at least as good, if not better."

Good thing he's hedging his bets and finishing the new record in Vermont, then. 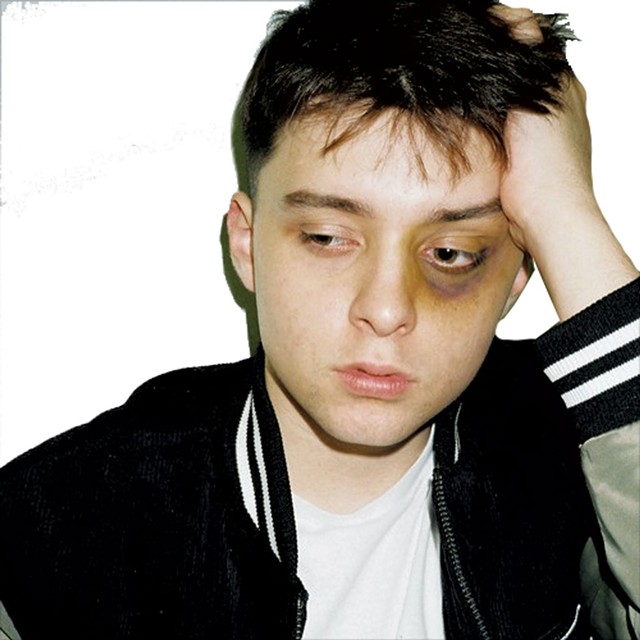 The story of Burlington rapper North Ave Jax, aka Jackson Sevakian, is starting to get out. The 19-year-old former Burlington High School basketball standout launched his rap career with "Trust Nobody," a searing track featuring Jax's idiosyncratic flow and a video directed by Kelly Butts-Spirito under the moniker Love, Kelly.

At some point, an acquaintance played North Ave Jax's music to Tunde Balogun, cofounder of the Interscope Records imprint LVRN — short for Love Renaissance. The label specializes in snatching up rising stars. Balogun liked what he heard enough to fly Jax down to the label headquarters in Atlanta and sign the young rapper on the spot.

Jax has released his second single and video, a head-nod banger called "Play Dumb." Also directed by Butts-Spirito, the video finds Jax rapping in front of a ski lodge, decked out in full snowboard gear. As new to the game as he is, Jax shows impressive presence and bravado, as well as a burning desire to be the rapper who puts Burlington hip-hop on the map.

"But I've been patient / To be the first one where I came from / I know you heard some / Wonder what they made of / The smartest thing I ever did was play dumb," Jax raps.

Stay tuned for more details on that in the next week. In the meantime, check out "Play Dumb" on YouTube. 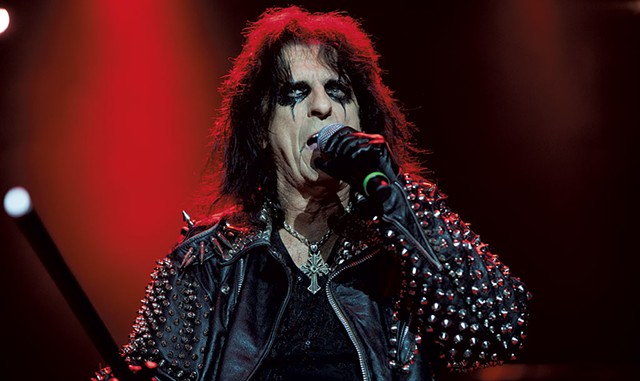 To coincide with this issue's cover story about Earth Prime Comics, here's a comic-themed "Oh, It's Real."

Comic books and music have long had a connection, whether it's Kiss putting their own blood into the ink for their Marvel Comics book or My Chemical Romance's Gerard Way creating the Dark Horse comic The Umbrella Academy. I'm not sure there's been a stranger pairing than Alice Cooper's The Last Temptation, however.

Cooper first appeared in comics form in 1979 in issue No. 50 of Marvel Premiere, and he returned to the medium in 1994 to promote his new record, The Last Temptation. The comic book was printed through a short-lived Marvel imprint called Marvel Music and ran for three issues.

The story features a well-known character in Cooper's music: that of 7-year-old Steven, who appears on albums such as 1975's Welcome to My Nightmare and 1991's Hey Stoopid. In The Last Temptation, Steven meets a demonic type of character named the Showman — who, of course, looks exactly like Cooper's stage persona — and joins his horror-themed traveling show.

Where things get wild is that Cooper tapped comics legend Neil Gaiman (Sandman, American Gods) to write the book. Gaiman takes Cooper's character — an obvious avatar for the aging rocker's teenage fans in his heyday — and creates a strange, gothic-tinged tale about the dangers of growing up.

Reading between the lines, the message essentially boils down to: You can rock, but at some point the rock might stop and life will get boring, and you will die horribly. It's grim as all hell, but what else would you expect from a writer of Gaiman's reputation and the musician known for staging his own decapitation in concert?