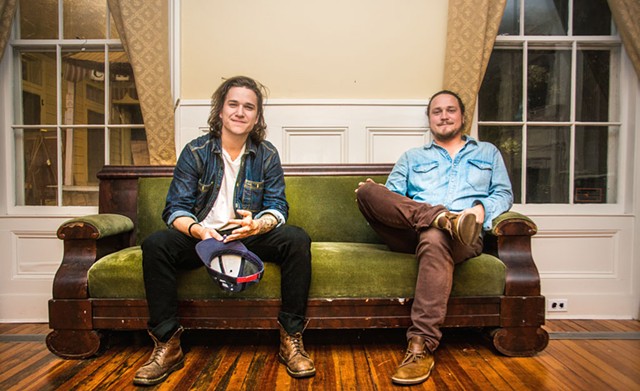 Howdy, folks. There’s no point in beating around the bush, so let’s get right to it: The reaction to last week’s column, “Mister Disaster,” was … intense. The column, in which I criticized Craig McGaughan’s crowdfunding efforts to save his controversial Winooski bar Mister Sister, inspired strong opinions shared through letters to the editor, personal messages, and in the comments sections of our website and Facebook page. Also, it seems that many interpreted what I wrote in a variety of ways. While time marches on and a rehash would be fruitless at this point, allow me to clarify a few things.

First, it's worth reiterating what the function of Soundbites is and what my role as music editor entails. Soundbites is a column, which means that it contains news, opinions or a combination of both. In print, its tagline reads "News and views on the local music scene." Last week, we realized that this statement didn't appear on our website, which understandably led to the initial confusion about why an opinion piece was labeled "news." The website has since been updated to reflect the tagline that appears in print every week.

The role of the music editor is multifaceted. Any happenings related to music, comedy, nightclubs and nightlife are within my purview. For instance, the feature in this week's music section is not music-related — it's a Q&A with comedian Liz Miele. Another example: When Social Club & Lounge announced its existence earlier this year, I wrote about it. So, if something's abuzz in Vermont's entertainment world, it's fair game.

Another thing that came out last week regarding Mister Sister, and the ensuing stir, should be clarified. McGaughan did eventually meet with the Pride Center of Vermont, though not when requested during the initial controversy. I referred to his initial refusal, though some interpreted my statements to mean that he never met with the center. Sorry for the confusion.

Now, I hope we're all ready to move on.

What's in a Name?

The DuPont Brothers recently released a new live album, Live at Deepwells, and they're celebrating its release with a hometown show on Saturday, June 24, at the Light Club Lamp Shop in Burlington.

A little context: Deepwells is a historic, 19th-century mansion in Saint James, N.Y., and is the home of the recurring podcast LIVE@Deepwells. Formerly called Acoustic Long Island, it mainly features acoustic singer-songwriters and has been recorded at Deepwells since 2007. The DuPonts were the guests of honor during one session last October.

Four out of six tracks are brand-new songs, though vigilant followers of the band might recognize one or two of them — they've sprinkled in a couple of the new cuts during some recent live appearances.

In an email to Seven Days, Zack DuPont describes the album as "totally acoustic, around one single microphone, old-school-style." That must be one sweet microphone, because the tonal clarity and overall intimacy throughout the recording are impressive. Particular standout cuts are the desperate and earnest "Your Only Buddy" and the plaintive opener, "Arranging Alchemy."

In a subsequent email, DuPont gives an update about the band's forthcoming studio effort. While there's still no expected release date — he speculates sometime in spring or summer of 2018 — DuPont says we can expect the new release to be "a game changer."

"We write so many songs and have done the stripped-down folk thing for so long that we've decided to go for a psych-folk-indie-rock record ... with some grunge and Americana sprinkled in," he writes. "The new band will allow us to 'go electric.'"

Zack and Sam DuPont, as well as longtime collaborator bassist Rob Morse, will head into the studio with drummer and engineer Dan Davine at some point this fall. Additionally, they will not release the record under the DuPont Brothers name but rather under a new moniker that they're not ready to share with the world.

DuPont also assures us that the changes — both the stylistic shift and the new name — do not mean that the DuPont Brothers are going away. The new project is simply a way to scratch an itch. 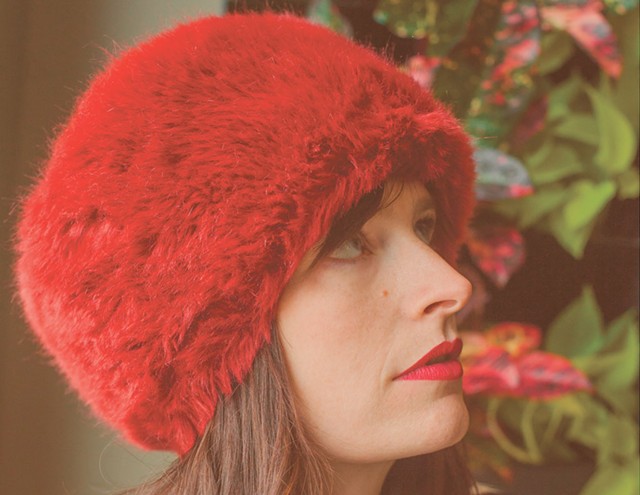 Speaking of name changes, the show's co-headliner, Minneapolis-based singer-songwriter Rachel Ries, recently adopted a new handle after years of performing under her given name. She's now known as Her Crooked Heart.

"It's something I've wanted to do for over a decade," she explains in an email to Seven Days. "Going by one's own name actually says nothing about the music."

"And let's be frank," she continues. "When you hear a name like 'Rachel Ries,' all it tells you is 1. lone female. Then generally two assumptions follow: 2. acoustic guitar, and 3. feelings." Honestly, she's not wrong. It's an understandable, if shitty, reality facing solo artists, particularly women.

The new name is meant to clue people in to a stylistic progression from Ries' simpler, folksier beginnings to the dynamic alt-pop we hear on Her Crooked Heart's debut EP, To Gentlemen. As for that new name, Ries explains that it's a phrase she wrote into a section of her artist bio way back when. After she made it official, Ries discovered that a similar line appears in "As I Walked Out One Evening," a poem by W.H. Auden. It was a happy coincidence.

Her first full-length album as Her Crooked Heart, To Love To Leave To Live, is forthcoming.

Over the winter, Burlington's Breakwater Café & Grill announced it would not return for the 2017 summer season. Fortunately, another local business, Burlington's surf-style restaurant the Spot, snatched up the panoramic property on Lake Champlain. Now called the Spot on the Dock, the new establishment is sure to be a destination for after-work drinks and bites. Also, local DJs Fattie B, Craig Mitchell, Big Dog and Jahson are starting up a few residencies for the new hub's first summer.

Mitchell hosts Summer Breeze on Thursdays, and Fattie B hosts T.G.I.F. on Fridays. Both start at 5:30 and go until sunset. Expect to hear party favorites, hip-hop and funk jams. Big Dog and Jahson introduce Reggae Brunch on Saturdays, a daytime edition of their long-running Sunday series at Nectar's, Mi Yard Reggae Night.

The residencies start on Thursday, June 22.