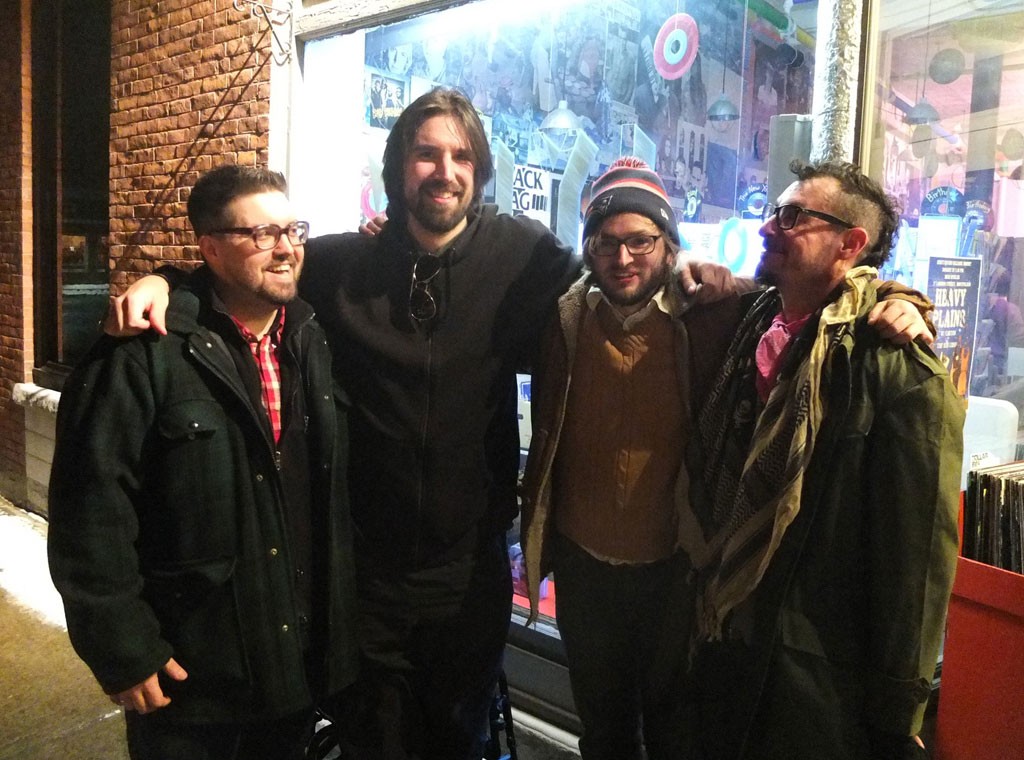 Windows to the Soul

Man, I really love Waking Windows. You might have gathered that, given the amount of coverage the fest is getting in this week's issue. (We're at about 4,500 words and counting, which is a lot.) But what can I say? I'm excited for it. I'm also proud of it, and I think you should be, too.

For one thing, I like to see good people succeed. And you'd be hard-pressed to find more genuine, hardworking folks than the crew at Waking Windows Presents. I've admired their work individually for a long, long time. But as a group they're doing something special and, as Pours' Bryan Parmelee correctly points out in this week's cover story (page 32), their efforts reverberate throughout the entire music community.

But as importantly, Waking Windows is a remarkable gauge of the state of the local music scene, which I don't think has ever been as diverse and dynamic as it is right now. And WW5 is your chance to see exactly why that is.

We'll start with the curated showcases. There's the all-ages Get Stoked! Records showcase at oak45 on Saturday, May 2 — and, yes, a wine bar might seem an unusual place for a punk and hardcore show, but just roll with it. Spearheaded by 242 Main booking dude Justin Gonyea, it features some top-notch locals, including Tyler Daniel Bean, a new band called Nasa Blasta, shoegazers Sleeping In (see the review on page 73) and Gonyea's own excellent hardcore/punk band, Doom Service. That's in addition to some out-of-towners, Au Revoir and Atsuko Chiba. Oddly enough, one of those bands is from Montréal and it's not the one with the French name — Au Revoir are from New Jersey.

Then there's the NNA Tapes showcase, also at oak45, on Sunday, May 3. Baltimore's Horse Lords bring the raw rock. Boston's Tredici Bacci bring the lavish orchestrations. And NYC's Battle Trance bring the saxophones. Four of them, to be precise — they're a tenor sax quartet, and they're fascinating. Interestingly, none of the three bands on the NNA bill are local. But that speaks to the local micro-label's wide reach. The showcase is also a throwback to WW's "other music" roots. (Ditto the Friends + Family showcase. Sadly, specifics on its Saturday showcase at Scout & Co. were unpublished as of press time. But given the collective's general track record, swing by.) 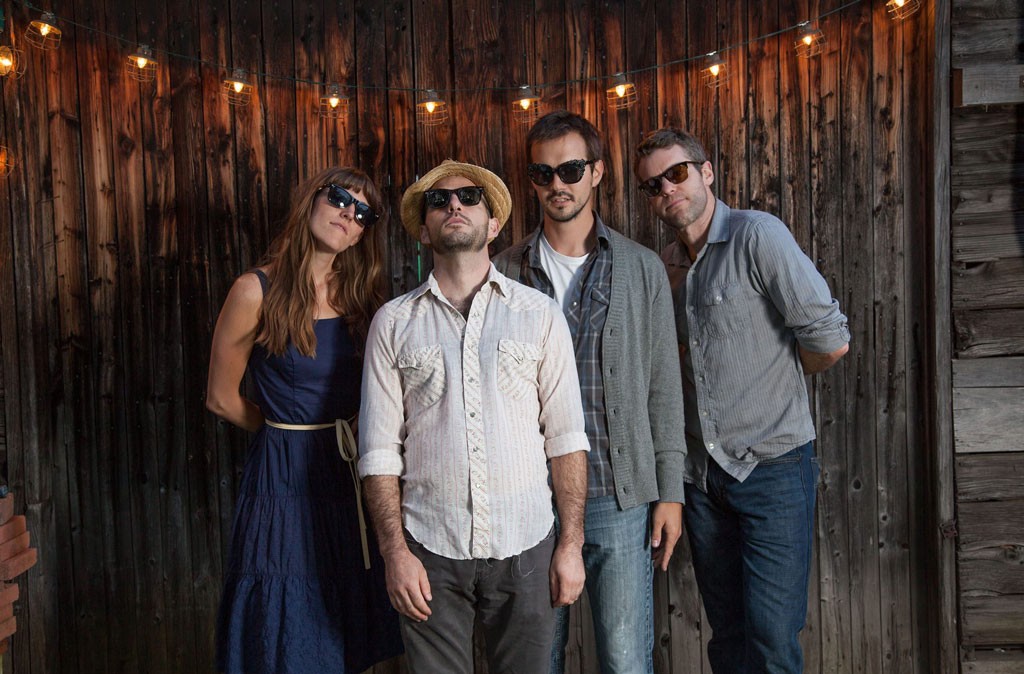 Beyond specific showcases, every day of the fest offers a chance to check out scads of locals all over the rotary. On Friday, May 1, highlights include Kelly Ravin and the Cigarettes, Phil Yates, Nyiko, Invisible Homes, Osage Orange, the Smittens, Eastern Mountain Time, Old Sky the DuPont Brothers, Cricket Blue, Great Western, Pours, Steady Betty, Alpenglow and And the Kids.

The word you're looking for is "wow."

You'll notice I didn't mention the specific venues in which any of those bands are playing. Two reasons: One, doing so would eat up half the column. And two, I want you to go find them yourselves. Because, undoubtedly, along the way you'll stumble into some other band you didn't know you loved, which is where the real fun is at Waking Windows — well, that and playing hipster Frogger in the rotary.

So get out there and enjoy yourself. And if you see one of the Waking Windows Presents folks, be sure to say thank you. They deserve it.

(And if you do want to know where a specific band might be, check out wakingwindows.com.)

I had the great pleasure of seeing folk songwriter Michael Hurley play last Saturday, April 25, at the Meeting House in East Fairfield. I confess I'm a relatively recent convert to the cult of Snock, but it ranked as one of the coolest shows I've seen in quite a while. Hurley, for one, was great and endearingly weird. That the man can sing like he does at age 73 is remarkable. I sat near former Seven Days political columnist Shay Totten, an avowed fan who has seen Hurley many times, and he said that Hurley's set included some of the best performances he's ever heard the man give.

But equally compelling for me that night was the venue itself. It was my first trip to the old Meeting House — and probably to East Fairfield, come to think of it — and I have to say I'm smitten. It is indeed a very old meetinghouse — a former Congregational Church that was erected in 1876. And it's in need of some work, which the Fairfield Community Center Association is raising money to do. But in spite of, or maybe because of, its shabby quaintness, the Meeting House is a uniquely enjoyable place to see a show. From the close proximity of your pew-mates to the tasty homemade treats at the concession stand to the general down-home ambiance of the sanctuary, it's a hoot.

The Meeting House hosts a monthly concert series through September. If you have a chance, it's worth the trip out there to experience a show. And there's some fine local talent on the docket, too. These include Banjo Dan's the Sky Blue Boys (May 29), Mary Mcginniss & Friends (June 26), Rush Run Philharmonic (July 24), Woods Tea Company (August 28) and Paul Asbell (September 25).

For more info on the concerts and the Meeting House Preservation Project, check out meetinghouseonthegreen.org.

Speaking of great rooms, last week was the first chance I'd had to catch a proper show at the Light Club Lamp Shop. I've been there several times when there was live music, but it's typically been of the low-key, background variety. Until last Thursday's Maryse Smith CD-release show, I'd yet to enjoy the Lamp Shop as a listening room. I loved it.

For more traditional shows, a stage is erected over the booths along the side wall. That does two things. One, it reorients the room away from the bar. Two, it elevates the performers so there are no bad sight lines — unless you're standing directly behind Leon Campos. (Damn you, Leon!) Couple that with the LCLS' nifty illumination and you've got an exceptionally cool room, especially for mellow fare.

Since Parima closed, and with it the Acoustic Lounge, Burlington has lacked a dedicated listening room where people shut the fuck up and just listen to music. (A crazy concept, I know.) But even with an active bar, when set up for it, the relaxed atmosphere of LCLS comes close to filling that void.

Since the Lamp Shop wasn't intended to be a regular venue, conventional shows probably won't happen there too frequently. But when they do, I recommend making an effort to attend. If Smith's show was any indication, it's a uniquely pleasant experience.

Last but not least, in the blog post I wrote on last Friday's Neil Young ticket fiasco — which I've started calling Neilgate — I mentioned that I'd be following up on the story/nonstory in this week's column. But since there was, like, actual music news to cover this week — see: Waking Windows, awesome, above — we're moving that piece to the blog. So if you really wanna know just what in the name of Crazy Horse happened last Friday, log in to our arts blog, Live Culture, this week. m