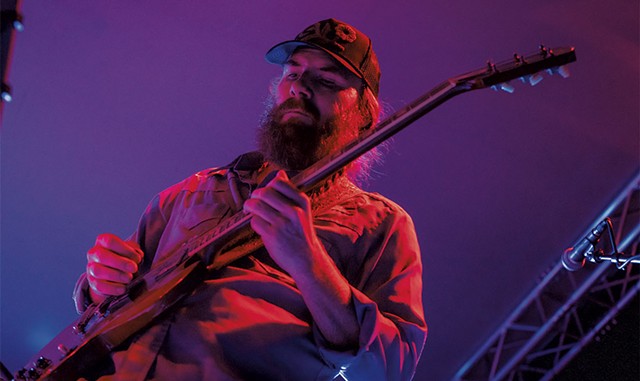 Back in 2015, Dr. Teghan Lucas, then a PhD student at the University of Adelaide in Australia, conducted a study on identifying people's faces. It was intended to highlight the dangers of our increasingly surveilled society and, in particular, the risk that a person could be wrongly accused of a crime due to "morphological characters," or surface anatomy. In other words, she was investigating whether someone could unknowingly pin a crime on a suspect's doppelgänger.

Fortunately, Dr. Lucas discovered that, even though we've all seen people who resemble our friends and family, there's actually only a one in 135 chance that a pair of strangers look remarkably alike.

What about other kinds of doppelgängers though? People who don't look alike but seem to be living parallel lives? You know, you're in conversation with a stranger or maybe a loose acquaintance, and they start telling you all about their life, and suddenly it sounds very familiar. A glitch in the Matrix? Maybe your dad had a secret family? (Shout-outs to my traveling-salesman-dad friends.) Maybe the whole trope of everyone being unique is an exaggeration, and most humans are total basic bitches.

Bob Wagner and I don't look a thing alike. We're both white dudes who play guitar, but that has to be something like 12 percent of the world's population, right? I may get a few strands of dark orange in my beard when it gets thick, but Wagner is full on flying the Ginger Power flag. No one is mixing us up if we walk into the same room.

Yet, talking to Wagner last week, I found it hard to shake the notion that we've had some pretty similar big life moments. Both of us were born in New Jersey but made our way to Vermont as soon as we could, guitars in hand. And while we diverged on the kinds of music we play in our adopted home, I now know we share an important piece of musical DNA: the soundtrack of the 1989 film Lean on Me.

Starring Morgan Freeman, the film is based on the true life story of Joe Clark, a principal who works to turn around a struggling high school in Paterson, N.J. While it's a great film, it's the title song — written and performed by the late, great Bill Withers — that enraptured us both.

"I remember being moved to tears by that song," Wagner told me as we spoke last week. "But back then, I didn't know who Bill Withers was. It wasn't until much later that I realized how great his music is."

The West Virginia-born Withers first tasted success as a singer-songwriter with the 1971 lost-love lament "Ain't No Sunshine," followed by a string of world-class songs such as "Lovely Day," "Just the Two of Us" (with Grover Washington) and "Use Me." But for Wagner and me, and likely a host of other kids of our generation introduced to him through Lean on Me, the title song was what captivated us. It brims with warmth, honest-to-God soul and true empathy, not to mention that voice. "Lean on Me" taught us one of the most important lessons in life: Sometimes, we all need somebody.

Wagner's lifelong relationship with Withers' music began when he saw the film at 9 years old. To celebrate that love, Wagner is staging a celebration for the late Withers, winner of three Grammy Awards, who died in 2020 at age 82. "Bob Wagner & Friends Perform the Music of Bill Withers" is this Saturday, September 3, at Higher Ground's Backside 405 series in Burlington's South End. Wagner is bringing along an assortment of Vermont musicians, including his Kat Wright bandmate Josh Weinstein on bass, drummer-in-demand Dan Ryan (Madaila, Dan Ryan Express), Leon Campos on keys (the Grift), trumpeter Connor Young and many more. 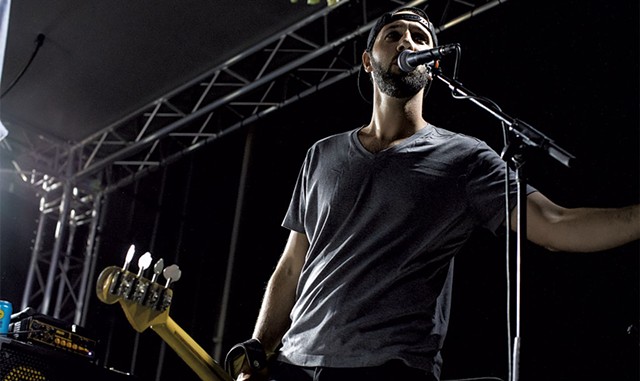 "I've been out on the road with Kat a lot the last few years," Wagner said. "So I've kind of gotten into this rhythm that, when I'm back in Burlington, I try to put on some cool shows. Higher Ground asked me if I wanted a date at 405, and I said sure without any real idea what the hell I would actually do."

Weinstein reminded him of his pledge to do a Withers tribute, something Wagner had been pondering for years.

"After [Josh] got me thinking about doing a Bill Withers tribute, I started thinking about Labor Day," Wagner said. "It just fit for me, doing a Bill show on Labor Day. Here is this guy who was truly an everyday sort of workingman, you know? I mean, he was still working as an airplane mechanic when 'Ain't No Sunshine' came out. It was a huge hit, but he wouldn't quit his job — they had to lay him off!"

While Wagner, who has covered Withers' songs throughout his own career, is looking forward to leaning into the sunny-day vibes of beautiful, feel-good music, he also hopes the show sheds some light on other aspects of the great songwriter.

"The more you listen to Bill, the more you realize how paranoid some of his music is," Wagner pointed out. "It always sounds so cool and calm and warm, but there's a lot more going on there, just on the psychological front. Listen to 'Better Off Dead.' The record ends with a gunshot! It's like, 'OK, Bill. Take it easy, man.'"

Wagner and his friends aim to show all sides of Withers' catalog for the show. The guitarist also teased some mystery special guests, so be on the lookout for cool collaborations.

Pick your tickets up at highergroundmusic.com and have a lovely day.

It's always a little weird to me when I read about a UK act playing Americana. Shouldn't it be, um, Briticana? But it's all folk music at the end of the day, right? Right. Anyway, British Americana act the Black Feathers are embarking on an American tour in support of their sophomore album, Angel Dust & Cyanide. Composed of the songwriting duo of Ray Hughes and Sian Chandler, the band is swinging through the Green Mountains on Sunday, September 11, for a show at the Plainfield Town Hall Opera House.

It's a collaborative booking between the Friends of the Plainfield Town Hall Opera House and the Occasional Concert Series, and it represents a bit of a departure from the genre of music usually booked at the venue. It will also serve as the first in a series at the Opera House called "P.M. Sundays," which includes a show on November 6 by 2022 NPR Tiny Desk Concert winner Alisa Amador. For more information, check out plainfieldoperahousevt.org.

It's a big couple of months for southern Vermont metalcore act Saving Vice. Fresh off tour drama with Lil Xan, the band is getting ready to release two new tracks as an EP titled Dichotomy in October. The first track, out on September 2, is "Culling Kindness." According to a press release from the band, the song is about "resisting the urge to attack bullies or aggressors ... and how trying to be the bigger person ends up making you a victim your whole life. You eventually have to draw a line and fight back." The B side is "I, Dysmorphia," which, unsurprisingly, is about negative body image.

You can hear Saving Vice in Burlington the day this issue comes out, on Wednesday, August 31. The band is playing the latest installment of Nectar's Metal of the Month, along with Dead Solace and No Soul. And while it's a free show, the event is in partnership with Planned Parenthood and will be raising funds for the VT for Reproductive Liberty initiative. Time to mosh for a good cause!

It's hard to beat Plymouth Notch for natural beauty and overall vibes, so if you have a chance to check out the festival, don't miss it. Pop by early on Saturday for a noon performance of Shakespeare Alive! at the Union Christian Church. Visit plymouthfolk.com for more information.