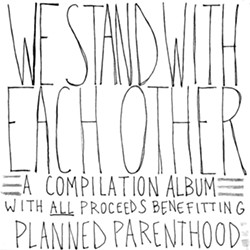 Ever since the current presidential administration took office — that is, when our nation began its descent into Mad Max-style chaos — we've seen an outpouring of benefit concerts for various causes under threat of defunding and even extinction. Planned Parenthood continues to be a popular beneficiary, as it's one of the most publically embattled organizations in the nation.

With that in mind, you might consider hopping on Bandcamp and downloading the new compilation record We Stand With Each Other. Vermont expat Sara Jean Larsson Greenberg (wash your hands) spearheaded and organized the comp. The 18-track collection is bursting with regional artists, several of whom are Vermont based or familiar in the local scene. The album is an eclectic mix of sounds and styles, ranging from lo-fi folk to experimental pop to hardcore. All proceeds go to support Planned Parenthood.

Repping Vermont is Windsor-based rock band the Pilgrims, who contribute "Barely Alive" from their most recent record, No Focus. Derek and the Demons, who also hail from Windsor, add their bluesy, laid-back rock number "Crack in the Cosmic Egg" from 2016's Rite of Passage.

Then there's Ludlow-based artist Maxwell Dysobey, the "one-human band" Jagweed. He provides an ultra-timely, eerily appropriate cover of Yip Harburg and Jay Gorney's Depression-era anthem, "Brother, Can You Spare a Dime?" He turns the classic tune into a freak-folk slow burn, which comes from his EP, Sing for Yr Supper.

Bradford punks Be Aggressive! add "Ca$ual Fa$ci$m," their brisk and scathing indictment of, well, everybody's most hated form of government. The track stems from their most recent EP, WHOA! It...Is What It Is.

Also included are tracks from Bichael No and Beastmeats, two side projects from members of Carton and the Pilgrims. Other regional contributors include upstate New York rockers Asa Morris and the Mess and indie punks TEENCAT, New Hampshire-based transgender alt-punkers Chodus, and a buttload of others.

Also rallying for Planned Parenthood this week are the house and techno DJs of Burlington-based collective Mitteltöner. On Saturday, March 25, DJs Vetica, Sir Alec Jeffries and OD3 hold late-night court at Radio Bean with a benefit called "For Your Health! A Benefit in Support of Planned Parenthood." Along with special guest DJs MFNelson and Air, they join forces with Light Club Lamp Shop resident DJ Taka for a complete takeover. They've even given the two venues fancy designations. LCLS becomes the Disco Lounge, while the Bean takes the title of the Groove Room. And make sure to pop in between the venues at ¡Duino! (Duende) for raffles, games and swag. 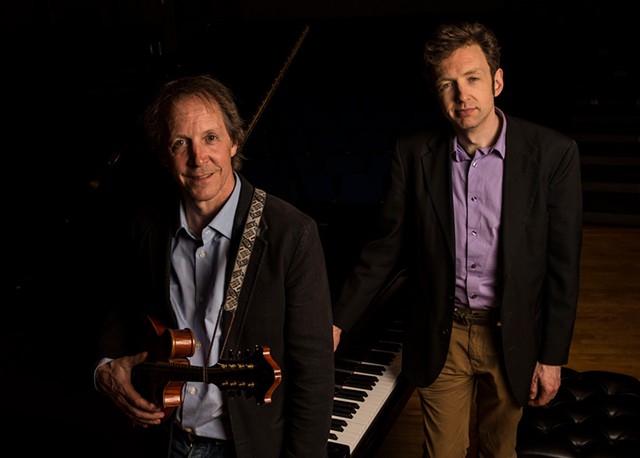 With a music community as tightly knit as Burlington's, it's not absurd to think that any long-established artists who populate the same musical solar system would've performed together at one point or another. But that is not always the case.Take pianist Tom Cleary and mandolin virtuoso Jamie Masefield. Both are long-standing heavy hitters in Vermont's music scene. Yet they have never played together, despite having known each other for 25 years. The two recently discovered they were both part of a "mutual admiration society," so they're teaming up for "The Tom and Jamie Show," a special concert experience on Saturday, March 25, at the College Street Congregational Church in Burlington.

The duo promises to "take piano and mandolin to places yet to be discovered," according to a press release. They plan to play new originals by both artists, as well as some deep cuts from their respective back catalogs. Also, expect a bunch of cool covers from artists such as Neil Young, Brian Wilson and Ralph Towner. Cleary's wife, jazz vocalist Amber deLaurentis, makes a special appearance.

We'd like to bid adieu to local experimental music maker Kevin Bloom. He recently announced on Facebook that he's making the move in May to Portland, Maine.

Bloom is known for his analog tape/experimental psychedelic project, Kevin Bloom & the Static Circus, as well as for being a champion of Burlington's DIY scene. He recently unveiled his newest project, the Dead Shakers, which also features Nina Ciffolillo. Though Bloom's time in Burlington has come to an end, I have a feeling he'll be making appearances in the Green Mountains from time to time. For instance, about a week after he moves to Maine. The Dead Shakers play the AF Tapes showcase at this year's Waking Windows.

Speaking of Waking Windows, did y'all see the full lineup announcement? Holy crap! If you weren't already sold, you will be. Unless you're a music-hating monster.

You know how festival lineup posters have the artists separated into particular groupings that designate some kind of hierarchy? And you know how music blogs like to dissect said groupings and speculate about the politics surrounding where a given band winds up on the poster? Well, I think that's kind of dumb, so I won't subject you to it. I will, however, point out a few key additions that weren't part of the initial lineup earlier this year. 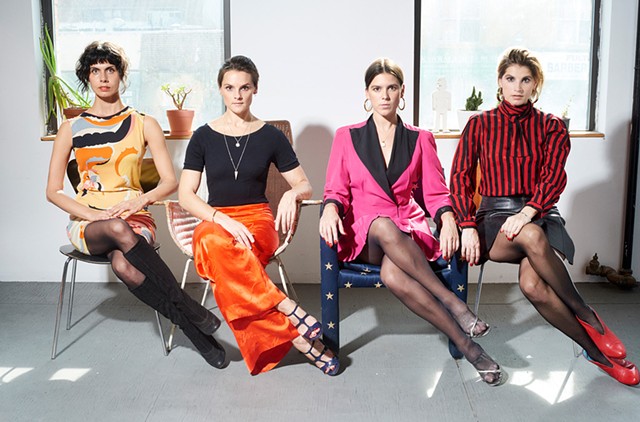 One of the newly added artists that I'm personally excited about is New York City's TEEN, an all-female band consisting of three sisters, Teeny, Lizzie and Katherine Lieberson, as well as Boshra AlSaadi. This synth-heavy pop quartet was meant to play Burlington in early 2016, but the show was unfortunately canceled. Anyone who's keen about TEEN should be psyched at getting another chance to see them.

Once WW announces day-by-day lineups and daily schedules, I'll be taking a fine-tooth comb to the fest. You know how music blogs like to point out tough choices festivalgoers will have to make when two bands with similar appeal are scheduled at the same time? I actually like it when they do that, so I'll take a stab as the festival draws nearer.

Electric Guest, "Back for Me"

Dragonette, "Pick Up the Phone"

Follow sevendaysvt on Spotify for weekly playlists with tunes by artists featured in the music section.