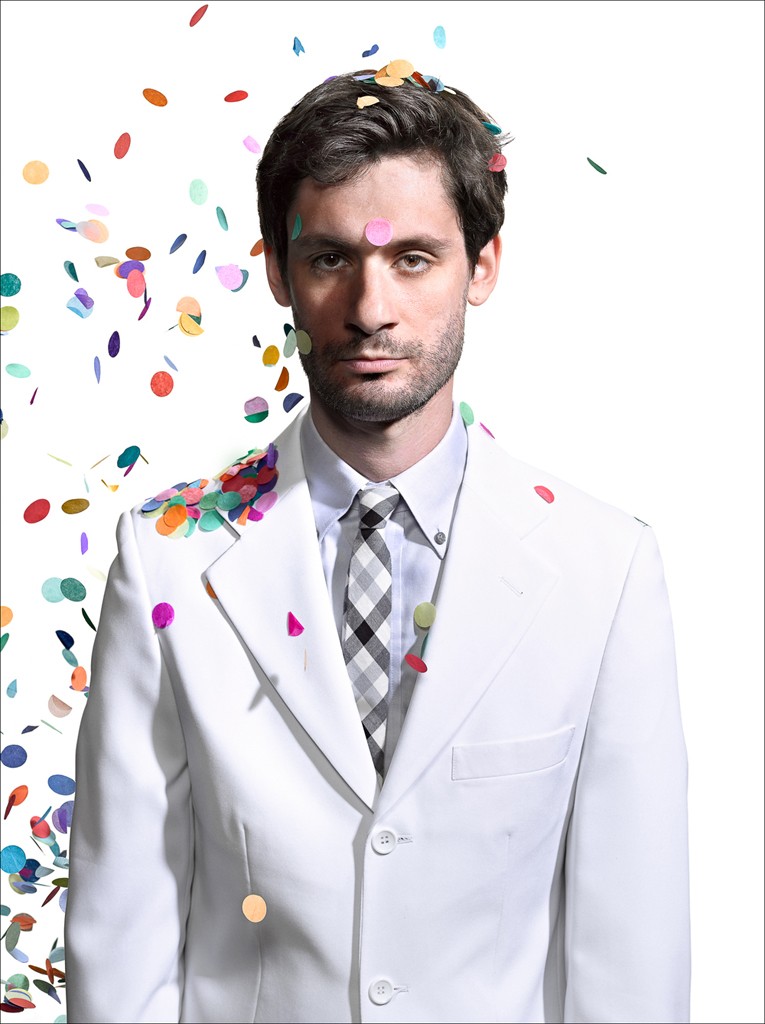 As I believe I've mentioned in previous columns — or in every Art Hop column for the last seven years — I have three favorite days/nights in Burlington. One is opening night of the Burlington Discover Jazz Festival. The second is the day the college students move home ... er, did I say home? I meant in! Welcome back! Good to hear you, um, see you again! Ahem.

The third is the opening night of the South End Art Hop. Simply put, there isn't another party quite like it anywhere. It's electric. It's eclectic. And somewhat under the radar, it's also one of the best nights in town for live local music. (BTW, I think I now have a fourth night to add to those favorites. But we'll get to that in a bit.)

Many of the exhibitions happening during Art Hop's marquee night feature music of some sort. So even if you're not specifically going to rock out, you can't help but stumble into a killer show as you bounce around Pine Street. So here's a quick primer on some of the musical offerings at Art Hop this Friday, September 5. It is by no means inclusive; some shows during Art Hop tend to be unadvertised — or don't come together until the last minute, because that's how artists and musicians roll.

First up, a hearty happy birthday to the fine folks at ArtsRiot! If you recall, the Pine Street hotspot officially opened its doors at last year's Hop. In the 12 months since, it has become a vibrant cultural hub and a keystone for the increasing coolness of the South End Arts District.

Part of the reason for the ascension of ArtsRiot is that the cats from Signal Kitchen handle the bulk of that venue's music booking. Predictably, SK will be hosting a two-stage bash of its own — the club unofficially opened during the 2011 Art Hop, BTW. Billed as an Art Hop after-party, the lineup features NYC hip-hop outfit Ratking, the aforementioned Gold Cheng, and local producers SnakeFoot and A.O. River. There is also rumored to be a special secret headliner who is so special and secret they won't even tell me who it is. So I'm just gonna go ahead and start a rumor that it's Phish. Hey, you never know.

The cool kids from Waking Windows Presents are also getting in on the Art Hop fun with a bash at 208 Flynn Ave. featuring recent Northampton, Mass. émigrés And the Kids. The glittery indie-pop Kids introduced themselves to their new neighbors — meaning us — at the Precipice earlier this summer and appear to be settling in nicely. Also on the bill are Brattleboro-based experimental popsters Great Valley, whose latest album, Lizards of Camelot, was released on Burlington's NNA Tapes and is also called Lizards of Camelot, which is rad.

Moving on, while you're playing the mini-golf course at the ReSOURCE Building Material Store, you can groove to the folksy sounds of the Willoughbys and the Mystic Party Band. I'd also suggest dropping by the SEABA Tent at the Maltex Building to catch the Vermont Jazz Ensemble, because jazz isn't just cool in June, you know. And stick around for a killer comedy show featuring nationally touring standups Adam Newman and Dan St. Germain, presented by the Vermont Comedy Club. Oh, and you could also come say hello to your pals at Seven Days. We're hosting a party with the Citizen Cider folks at their place. We're calling it the Hot Off the Unified Press Party — get it? — and we'll have DJ Craig Mitchell followed by local surf gods Barbacoa.

Also of note is the annual Speaking Volumes Art Hop party, the details of which are unavailable as of this printing. (See: musicians, artists, last minute, above.) But regardless of who's playing, it's always a highlight of the Hop. Besides, delightful surprises are kind of the whole point of the event, right?

This just in from our buds at Big Heavy World: They're going to South By Southwest next year. And they want you to come.

In a post on the BHW website last week, founder Jim Lockridge and crew announced that the local nonprofit had secured a showcase at the 2015 SXSW. If you know anything about Big Heavy, you know that everything it does is to promote Vermont music, meaning that the showcase will feature Vermont bands and artists. That's where you come in.

In order to be considered to play the BHW SXSW Showcase, you have to do two things. The first is to join AMP VT, aka Vermont Alliance of Musicians & Presenters. That's an inclusive social media group that shares info about pertinent music-y things and also is a mainline for receiving BHW news on the quick. It's also free to join.

The other thing you'll need to do, however, is not free. In order to play the showcase, you must first be accepted by SXSW. To apply for the festival, you have to complete the application process through the SXSW website and pay a fee. If you apply by September 12, the fee is $33, after which it jumps to $45. The final deadline for applications is October 10.

Once SXSW decides which VT bands are in, BHW and some other in-the-know local tastemakers — perhaps including yours truly — will make the final call on which bands will be going to Austin next March. For more info, check out bigheavyworld.com.

In a related story, hey, 7D bosses, can I go to SXSW again?

If were a betting man, I'd wager at least a couple of the local bands heading to SXSW in March will be playing the Cambridge Music Festival, which is slated for this Saturday, September 6, at the Porter Farm in Cambridge. Among the local highlights are Maryse Smith & Michael Chorney, Barbacoa, Pours, Patrick Fitzsimmons, the Eames Brothers Band and Swale. (Full disclosure: my bro plays in that last one.) For more info, visit cambridgemusicfestival.com.

Last but not least, the A-Dog Day celebration at ArtsRiot last Saturday was just about the finest possible tribute to the remarkable man, DJ and artist that was Andy Williams. From the numerous DJ sets to blistering live performances by the likes of Eye Oh You, Learic, Lynguistic Civilians, the Ice Coast Band, the VT Union and Rough Francis, it was a party for the ages. Hell, some band called Death even showed up. (BTW, Death's Bobby Hackney Sr. also let it slip that Death have a new studio album in the works. Stay tuned.)

So friends, you can add August 30 to the annual list of incredible days to be a Burlingtonian.