I hope you're all successfully decompressing from the eighth consecutive year of Waking Windows madness. The three-day music and arts festival in Winooski was one for the ages — though, through no fault of the fest's organizers or scheduled performers, it wouldn't be accurate to say the festival went off without a hitch.

Mother Nature had an absolute conniption fit last Friday, the first night of the festival. Threat of electrocution from the imposing electrical storm canceled headliner Deer Tick's set. Like the pros they are, the WW crew handled the storm and the ripple effect of its potential destruction with grace and steady hands. Word of the cancelation and some last-minute rescheduling got around quickly as communications flowed freely from WW's social channels.

As for Deer Tick, hopefully the Rhode Island-based folk-rockers will return to the Burlington area at some point in the near future. I'm sure their fans would appreciate it.

This may be an unpopular opinion, but I thought the stormy atmosphere actually added some magical ambience to indoor acts. The onslaught of lightning figuratively and literally illuminated brooding back-to-back sets from Plattsburgh, N.Y.'s ethereal groove-meisters the Mountain Carol and Burlington-based country-slowcore artist Adam Wolf at Scout & Co. Can it always be dark and stormy when these artists take the stage?

Though it's difficult to distill the weekend down to just a few highlights, my other favorites were New York City disco ensemble Midnight Magic, Philadelphia experimental rockers Palm, and Atlanta husband-and-wife funk duo the APX. But, again, when you're choosing from more than 200 artists, it's just plain unfair to have to make any choices at all.

And that about wraps it up! It's going to be a long year until 2019's hootenanny. If you simply can't wait until next May, you might want to check out WW's two-day throw-down in Portland, Maine. The slightly truncated version of the flagship fest runs Friday and Saturday, September 21 and 22, at various locations around the downtown port city.

In case you missed it, the first round of voting for the annual Seven Daysies awards went live this week. If you don't know what that is, here you go: Basically, it's an opportunity for our readers to vote on their favorite, well, nearly everything in Vermont. Check out the ballot on Seven Days' home page.

This year, you might notice some changes and additions to the Arts + Entertainment categories. And in case you didn't, I'm here to explain what they are and why we made the alterations.

First, there are several much-needed change-ups in the performer categories. For instance, electronic artists and DJs were lumped together in past years. But a club DJ who spins Drake remixes and an electronic producer who makes original music are like apples and oranges. It doesn't really make sense for our readers to have to choose between these extremely different kinds of artists, so this year you won't have to.

We've also added a category for best pop artist or group. Previously, congestion in the best rock artist or group category didn't leave much room for some of Vermont's poppier acts. Now, they get their own space.

In terms of live music, you can now vote for your favorite outdoor venue, as well as large and small indoor venues. This addition is pretty self-explanatory. Watching a concert while sitting in a lawn chair with your toes in the grass is incomparable to standing in a crowded club. I'm not saying one is better than the other — they're just different.

As the local comedy scene continues to grow, so do the number of Daysies that honor it. In addition to returning category best standup comedian, we've added best comedy troupe and best comedy series. The latter refers to any recurring event, such the Vermont Comedy Club's Tinder Nightmares.

Finally, we've added best tribute act. Given that so many folks pay homage to famous musicians and bands on a near-weekly basis, we think it's time to allow our readers to tell us who does it best.

As always, the first round of voting is all about write-in nominations. You can suggest whoever/whatever you want for any category. Write-in voting closes at 5 p.m. on Sunday, May 20. Once we cull through the thousands of votes we receive — last year you made 57,515 nominations — we narrow it down to the top picks per category. Final voting runs from Monday, June 11, through Monday, June 25. Winners will be announced on Wednesday, August 1.

Folk legend Peter Yarrow, of famed trio Peter, Paul & Mary, performs an intimate concert this Saturday, May 12, at Ohavi Zedek Synagogue in Burlington. Yarrow cowrote his group's fanciful, 1963 psychedelic lullaby "Puff, the Magic Dragon," which is arguably one of the most famous crossover hits of all time. I mean, seriously, does anyone not know how to finish the song's opening line: "Puff, the magic dragon..."? That's what I thought.

Yarrow and company also recorded wildly popular versions of Bob Dylan's "Blowin' in the Wind" and John Denver's "Leaving on a Jet Plane." Vermont's Counterpoint chorus — whose founder and former musical director Robert De Cormier also worked extensively with Peter, Paul & Mary before his death in 2017 — will join Yarrow at the upcoming performance. 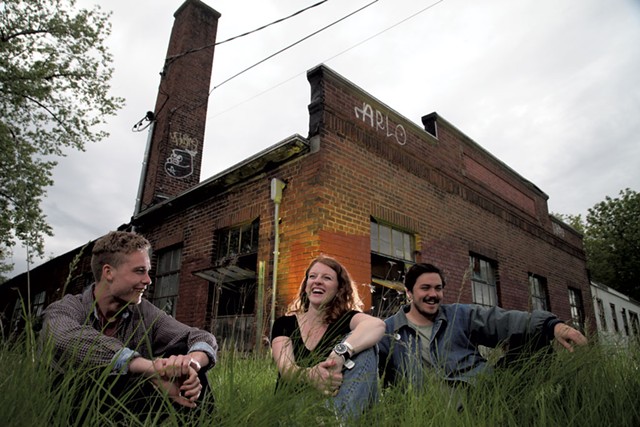 Happy birthday to Noise Ordinance! Though it was actually a year ago, it seems like just yesterday that the burgeoning digital music publication and production studio — helmed by Betsy Rose Besser, Rob Liu and Kayhl Cooper — was dropping its first studio videos and planning its first live events.

To celebrate a year of excellence, Noise Ordinance spreads the party over two evenings: Night one, on Thursday, May 10, keeps things guitar-centric with J Bengoy, Clever Girls and Ivamae at SideBar in Burlington; the following evening, Friday, May 11, leans into neo-soul, R&B and hip-hop with JUPTR, Loupo and Guthrie Galileo at Burlington's Foam Brewers.