Soundbites: A Word on Summer, Myra Flynn's New Single and a Musical Tribute to Monique Ford 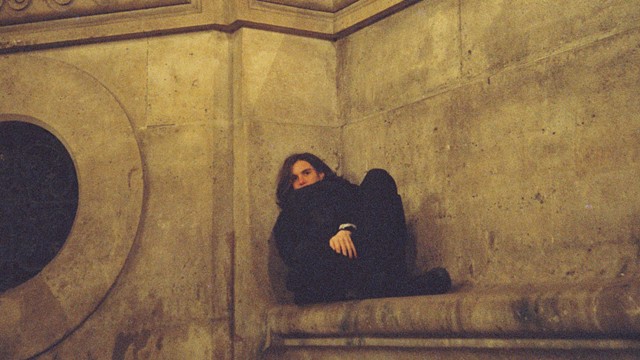 This is our Summer Preview Issue, but previewing summer music is a freakin' crapshoot right now. There are some big concerts and event series, and a few festivals, on the books. But I think we all need to prepare for the possibility that, because of the potentially premature lifting of pandemic-era limits on capacities and mask mandates, anything could happen. Shows could get canceled across the board again.

Last Friday's announcement from Gov. Phil Scott said that fully vaccinated Vermonters can leave their masks at home in most situations. That came shortly after the Centers for Disease Control and Prevention proclaimed, "fully vaccinated people no longer need to wear a mask or physically distance in any setting, except where required by federal, state, local, tribal, or territorial laws, rules, and regulations, including local business and workplace guidance," as per its website.

Currently, Scott's Vermont Forward plan is in Step 3, which, regarding indoor gatherings and events, says that there can be one unvaccinated person per 50 square feet up to 300 people.

A question: Who verifies vaccinations? Are we to expect bouncers and ticket takers to ask every person who comes through the door to divulge their vax status? That seems incredibly invasive to me — and an unfair thing to ask of the average venue worker.

Nevertheless, we're looking at a wild and unpredictable summer. Here are a couple of quick tips for summer music.

On Saturday, July 24, singer-songwriter Francesca Blanchard teams up with the Vermont Symphony Orchestra. The classical ensemble is making a habit of teaming up with indie artists, having backed the likes of Guster and Kat Wright on past occasions. The show, copresented by the VSO and Higher Ground Presents, is part of the Summer Under the Stars series at the Shelburne Museum, which is possibly the loveliest spot to take in live music in Chittenden County. 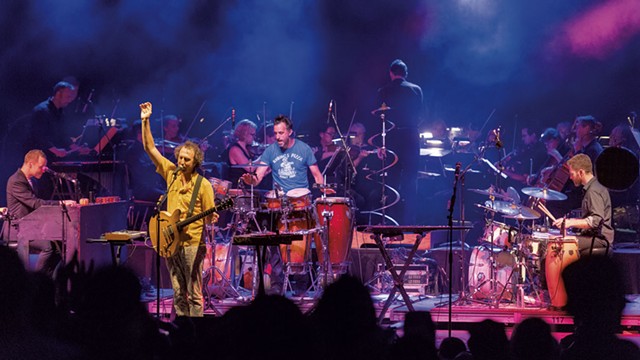 Speaking of Blanchard, her excellent 2020 album, Make It Better, is getting released on vinyl. The LP also includes redux, a three-track epilogue of remixes. Preorder now at francescablanchard.bandcamp.com for its September release.

Festivals aren't quite as bountiful as usual. On the list of recent casualties is the Jenny Brook Bluegrass Festival in Tunbridge. Though just last week it was scheduled to go forward, a note on the fest's website currently states that "shifting timelines do not look good for the end of June," which is when the festival was meant to take place. Look for that event to return in 2022 — and for a Jenny Book Minifest in October.

One festival that seems to be holding strong is the Oxbow Music Festival on Saturday, July 31, in Morrisville. Presented by CBD company Elmore Mountain Therapeutics, the lineup features a host of rock and Americana bands, including folk-rock group Abby Sherman and the Way North and bluegrass five-piece Beg, Steal or Borrow.

We'll be keeping a close eye on music and events as the summer progresses. Got a tip about a hot show? Send it my way at music@sevendaysvt.com.

Burlington is a town full of local celebrities. And when one of them dies, we lose more than a personal connection and what they contributed to the Queen City. Not to be vague and redundant, but Burlington becomes a little bit less Burlington when certain people are gone. Those who've lived here for decades know what that means.

One thing I love about this community is how quickly people pay tribute to their departed friends. For example, "Shine On," a new track from DJ Big Dog (aka Matthew Robinson) and producer Es-K. Working with rapper Chel Strong, son of legendary songwriter Barrett Strong ("I Heard It Through the Grapevine," "War"), the DJ and hip-hop producer penned the track for Monique Ford, who passed away on April 4. Ford was a well-known fixture in local nightlife, particularly behind the bar at the Three Needs Taproom, where she worked for nearly two decades.

"Making this track kind of made the grieving process easier," Big Dog said by phone. "It changed the sad tears to happy tears."

The sample-heavy track features clips of the Lijadu Sisters' "Life's Gone Down Low," from an album that Ford had gifted to Robinson. He and Es-K produced and arranged the song, tapping the Los Angeles-based Strong to add vocals.

Proceeds from the single go directly to Feeding Chittenden, a nonprofit that Robinson said Ford was passionate and deeply dedicated to, having organized fundraisers for it in the past.

"The [song's] message is kind of universal," Robinson continued. "It's for anyone who lost someone."

A celebration of Ford's life is scheduled for Saturday, August 7, at the Essex Experience. Later that day, the gathering moves to the Three Needs for an all-night par-tay with Robinson on the decks.

"Shine On" is available at broccolirob.bandcamp.com.

What with her new job as an engagement producer at Vermont Public Radio, settling back down in Vermont after years of living in LA, and having a baby, singer-songwriter Myra Flynn has a lot on her plate. But it's her baby girl, Avalon, who's primarily on her mind in her new track "Mama Song," which came out on Mother's Day. It's her first release since her 2018 album Never Mind the Mourning.

Flynn's work is chameleonic, flowing in and out of pop, soul and R&B styles. The new track lands squarely in the trappings of Black artists who, as Flynn put it, "defined the sound of 1986," such as Anita Baker and Luther Vandross. Think soft, pastel sunset synths and smooth bass lines.

But beyond the exquisite style she presents, Flynn's new track brims with meaning, particularly for Black mothers like her. In fact, a sample of an interview with Flynn's mother, Martha Mathis, dean of students at Norwich University, opens the track.

"It was important for me to have a bit of legacy in the song through lineage," Flynn said during a recent call with Seven Days. "My mother is a really old-school Black lady, who I knew when I asked her, 'What's it like to be a mom?' wasn't going to come back with any fuzzy, warm feelings." 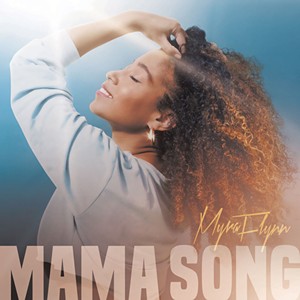 On the track, Mathis puts it to the listener straight: "If you're not done with yourself, you should probably not have a child. If you're still needing all this love, then it's gonna be hard to give it."

"I feel like that's so specific to Black mothers," Flynn said of her mother's quote. "Her words are wise, but her words are also deeply entrenched in some form of survival that she's trying to pass on to me."

Flynn noted that Black motherhood is profoundly layered and complex. Moving from LA to her home state of Vermont, where she grew up regularly feeling othered, means having to be mindful and intentional to create and foster Black community for her daughter. She said that finding a Black nanny was a particular challenge in the overwhelmingly white Vermont, but her search was ultimately successful.

The video for the track shows intimate moments between Flynn and baby Avalon, including shots of her breastfeeding.

"Since Black women were predominantly wet nurses during slavery, there's a lot of anti-breastfeeding that goes on in the Black community," she said, though she noted an ever-widening empowerment movement with Black communities to promote breastfeeding. Nonprofits such as Black Women Do Breastfeed further this mission.

"It was really important for me to put my stamp on that narrative and say it's OK to breastfeed — so out came the boob," she said. "It felt pretty radical."

Listen to "Mama Song" on all major streaming platforms.

Empress Of, "Love Is a Drug"

The Charlatans, "The Only One I Know"