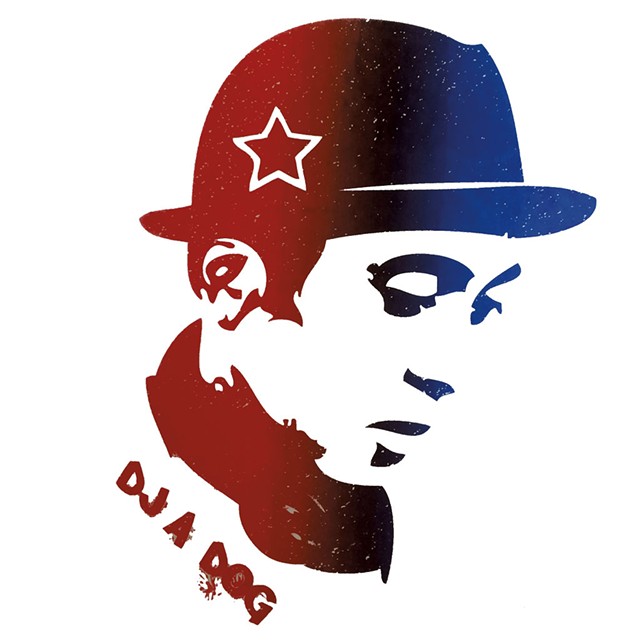 We're approaching an action-packed weekend, folks, and time is of the essence. Summer is unfortunately winding down, and one of the things I've always loved about Vermont life is how seasonal change puts a sense of urgency on everything. The moment I see the first hints of crimson encroach upon a verdant maple, I immediately review my bucket list of summer-only activities. Did you check off everything on yours? Specifically, did you consume enough outdoor music? If not, Saturday, August 26, should help fill the bucket.

For the past three years, the Friends For A-Dog Foundation has taken a day to celebrate the life and passion of Andy "A-Dog" Williams. Burlington's master of turntables and skateboards passed away in December 2013 after being diagnosed with acute myeloid leukemia, a rare form of cancer, in 2012. A-Dog Day is an expansive, jam-packed jubilee of skating, hip-hop music, DJ sets and a mishmash of exhibitions and tutorials.

Before we dive into this year's offerings, I'd like to take a minute to share a personal memory of Mr. Williams. It's a small moment, but, from what I've heard from people who knew him best, a perfect illustration of the kind and friendly person he was.

When I turned 21, way back in the mid-2000s, A-Dog ruled Burlington nightlife. I was working as a buyer at a buy-sell-trade clothing store in the Old North End. I knew him as a regular customer before I ever saw him work his magic on wax. Our interactions were pleasant and amicable but didn't extend beyond business. I had no idea who he was.

On the night of my 21st birthday, I headed over to the Waiting Room, a former enclave of sinful debauchery that now houses Pizzeria Verità on St. Paul Street. I didn't know A-Dog would be spinning that night and was pleased to see a familiar face behind the decks. As I watched him intently, mesmerized by his cunning mashups, he glanced up momentarily, smiled and waved at me. Again, it was a small moment and I barely knew him. But A-dog made my first step into club culture special. I'll always remember that feeling of being welcomed and acknowledged. Now, on to this year's offerings.

Oh, yeah! Remember last year when modern master of ollies and kick-flips Tony Hawk made a surprise appearance? Might this year bring an equally unanticipated superstar? We shall see.

Later on, Main Street is A-Dog HQ. Loupo and Mike Incalcaterra of Harder They Come will teach you how to craft your own beats and mixes at SideBar. DJ Rekkon and Digilog Designs lead a workshop on customizing vinyl-sleeve art at Nectar's, while Lois Trombley and Rhythm Riderz Crew instruct hip-hop and break-dancing sessions upstairs at Club Metronome.

Out in the street, make sure to check out some public art demonstrations from Anthill Collective and Jon Young, and pop into the Friends For A-Dog Foundation's tent to learn more about what they do and how you can help.

A-Dog's effect on the local music community continues to grow even years after his passing. For the first time, area DJs have teamed up for a collection of free mixes called "Sunday Morning Mixes." Kyle "DJ Fattie B" Thompson organized the beat bevy.

"One of my favorite things about Andy was that, nearly every time you saw him, he had a new, free mix to give you," Thompson writes in an email to Seven Days. "He loved making the mixes, cutting and pasting a fresh, artsy cover, and [had] a backpack full of them to hand out to friends he saw while rolling around town on his skateboard."

A brand-spankin'-new festival called the Nightshade Festival kicks off on Saturday at Red Barn Gardens in Williston. It features a sumptuous lineup of local and regional indie rock, electro-pop, experimental, and R&B music.

Nightshade is the brainchild of Steven Yardley (Sonic Steve), Kevin Bloom (the Dead Shakers) and Guthrie Stoltzfus — aka Guthrie Galileo, whose album Modern Day Ripples is reviewed in this issue. It evolved from a recurring event called the Nightshade Kitchen, which, in an email to Seven Days, Stoltzfus describes as a "community arts and eating space." Here's the gist: Stoltzfus and his housemates throw semiprivate dinner parties that, in 2016, evolved into house concerts. Now that the intimate gatherings have grown in popularity and scale, they figured they'd throw down summer-style with a two-stage, outdoor fest.

One super-duper-special detail is that one of the stages comes courtesy of Sonic Steve's Jambulance, a decommissioned ambulance repurposed as a mobile concert venue. It brings everything an outdoor show needs: power, light and a bitchin' sound system. Yardley gave me a tour while he was adding some of the finishing touches, and, let me tell you, it's the real deal. I'm especially fond of its retro shag carpet. This party-starting paddy wagon has the cure for the rockin' pneumonia and the boogie-woogie flu.

Full info is available at Facebook.com/nightshadekitchen.