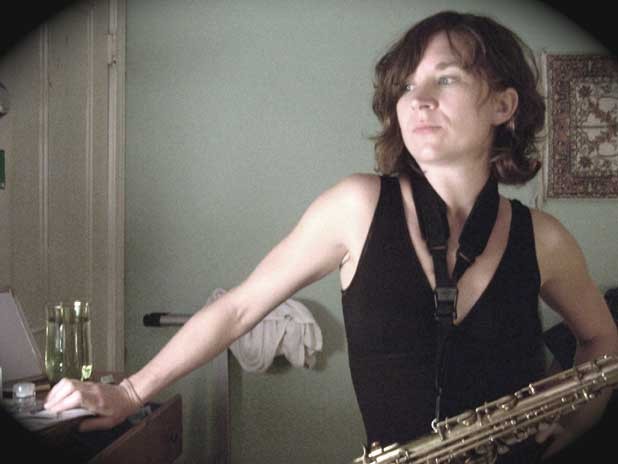 Vermonters are mighty fortunate to have so many media outlets supporting locally raised, free-range, hormone-free music. From online archivists Big Heavy World and its associated low-power FM affiliate The Radiator, to college stations such as UVM's WRUV, to publications such as State of Mind, online mag The Deli and, of course, this one, the Green Mountains boast a wealth of auditory-related options to keep inquiring minds in the loop. One big, happy family, right? Right. And so we welcome yet another addition to the fold, the online "radio station" called Yellow House Media (www.yellowhousemedia.com).

The brainchild of Queechee-based musician Dave Clark, YHM focuses solely on the recorded efforts of local musicians, providing a continuous playlist from area faves such as Avi & Celia, Anaïs Mitchell, Bow Thayer and Pete Sutherland. To be fair, the Internet station's bailiwick seems to be largely the state's vibrant folk and acoustic music scene; not much listed for the hardcore crowd, I'm afraid. But it is a solid collection and streams 24/7.

(NOT) A LITTLE BIT COUNTRY

It's been a while since I've devoted any ink to local experimental music auteur Greg Davis. So let's rectify that, shall we?

A consummately busy guy, Davis has been lending a hand lately to Vermont-based online "other music" trove Aether Everywhere (www.aethereverywhere.com). He's also continuing his yeoman's work towards building the nascent other-music scene in and around Burlington. This Sunday, Davis adds yet another notch to his bedpost - which he may or may not use in an upcoming composition - with an intriguing show at Burlington's Firehouse Gallery.

Davis will appear with Toronto-based musician Eric Chenaux. Like our hometown hero, Chenaux dabbles in all manner of sonic shenanigans and is a member of roughly 17 different bands - only a slight exaggeration, I assure you. Many of said various bands are affiliated with Toronto "sweet-psychedelic, experimental polyphony and fried pop" (Davis' words) label Rat-drifting.

I'm the first to admit that I've been slow to come around to "other music," in general. Like many folks, I just didn't "get it." And I can't claim suddenly to be a fount of info on the subject. But at least I'm trying. Unlike, say, The Hofstra Chronicle (actual motto: "Keeping Hofstra University informed since 1935"). The mag had this to say about Chenaux's gorgeous solo effort, Sloppy Ground, released on Montréal's Constellation Records. I swear, I'm not making this up:

"Sloppy Ground" is the second solo album released by country artist Eric Chenaux. Country music has grown increasingly popular in recent years with the emergence of artists such as Rascal Flatts and Carrie Underwood. Should Chenaux be allowed to continue making music, it will likely lead to the downfall of country music.

I would hope regular readers would know by now that I would never, under any circumstances, point you in the direction of an artist that even remotely sounds like "American Idol" succubus Carrie Underwood - even (shudder) under penalty of having to listen to an Underwood album. And in fairness to reviewer Matt DeMarco, Chenaux did release an album of Willie Nelson covers with a Toronto project called The Reveries. But even in a bizarro parallel universe, no one in their right mind could call his solo work country. The same could be said of Underwood and Rascal Flatts, actually. But I digress.

DeMarco could have been forgiven for likening Sloppy Ground to musical chameleon Will Oldham (a.k.a. "Bonnie" Prince Billy), which was the first thought that came to my mind. I even would have let a tortured reference to Natalie Portman-canoodling freak-folk savant Devendra Banhart slide - though it would have been a reach. But seriously, man? You're making the rest of us critics look bad - and we can do that just fine on our own, thank you.

I'll step off my soapbox now. But I'd highly suggest a stop at The Firehouse Galley this Sunday. With any luck, it might just signal the demise of Rascal Flatts.

Once again, we have so little time and so much to get to. So in a reprise of last week's rapid-fire Soundbites section, let's get down to it.

Local do-gooders Wyld Stallions Records are hosting Burlington indie-rockers The Villanelles, North Carolina indie-pop solo act Saint Solitude and Maine's indie-provocateur Nude Dude this Thursday at The Monkey House. You may remember Wyld Stallions from such benefit causes as Vermont CARES and Iraq Veterans Against the War. This time around it's the Cystic Fibrosis Lifestyle Foundation on the receiving end.

On Monday, Red Square is hosting a bevy of local favorites past and present with The Cush's Gabrielle Douglas, sister act Alice and Julia Austin and an "ambient sax and djembe" set from Caroline O'Connor and Sean Altrui. The Austins are, of course, founding members of the late, great Burlington rock outfit Zola Turn. And Douglas is taking a brief respite from recording the next Cush project - which I'm told is simply stunning. And c'mon. Who doesn't love a good ambient djembe?

In case you haven't been yet, the summer's final installment of PBR Punk Night at RJ's - yes, that RJ's - kicks off this Sunday. I have yet to make the monthly PB Army meeting myself. And frankly, I'm disappointed not to have taken a chance to see punks commandeer a frat bar. Plus, with Budweiser's recent sale to Belgian beer barons InBev, "pibber" is among the last truly American macro-produced swill, er, lagers. Oh, yeah, local punk outfits Four on the Floor and Slurred Speech will also both be releasing new CDs.

If punk ain't your bag, perhaps I could suggest a stroll up Church Street to Halvorson's this Monday - and every Monday in August - for an evening with the Vermont Jazz Ensemble, led by the estimable Rich Davidian. Each week the 17-piece big band will showcase different instruments (sax, trumpet, trombone, etc.) and swing to the classic sounds of Count Basie, Duke Ellington, Glenn Miller and others. I'm told there may also be a Latin jazz showcase with some very special guests.

Finally, Morphine's Billy Conway swings by the Langdon Street Café on Wednesday, August 13, as part of The Chip Smith Project. The (fictitious?) premise of the band is that each member is the offspring of a prodigious philanderer named, well, Chip Smith. For reasons unclear, each of Smith's conquests named their resulting children Chip. And they all formed a band. How about that? The band also includes Conway's Twinemen collaborator - and fellow Orchestra Morphine member - Laurie Sargent.