Something Old, Something New: The Shelburne Nabs National Kudos 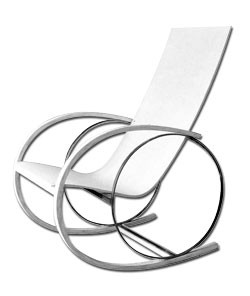 Last March, the Shelburne Museum invited eight artists and artisans from around the country to visit, choose an artifact from its collections, and make a new piece of art that the old one inspired. The results of that aesthetic challenge are sumptuously described in a 14-page feature in the September issue of The Magazine Antiques. The participants and their media were diverse: furniture maker, ceramist, painter, printmaker, glassmaker, jewelry/decorative arts designer and textile artist. The last, Richard Saja, has a current exhibit in the Kalkin House at the Shelburne Museum.

The Antiques article, aptly titled “The present learns from the past,” explains that the group of eight was invited to stay in the Brick House — bereft of cell service and television — and roam the museum over a three-day weekend. Which really isn’t much time, when you consider the Shelburne is spread over 40 acres and encompasses some 150,000 items.

But home in the visitors did. It’s no surprise that furniture maker Chris Lehrecke, from Duchess County, N.Y., was attracted to the hundreds of vintage tools in the Shaker Shed; his bentwood rocking chair based on a 19th-century sleigh is a modern marvel. The same could be said of New Yorker Ted Muehling’s oxidized-silver spoons — their handles sprouting acorns and bayberry branches — inspired by a pre-Civil War oil lamp.

Glass artist Toots Zynsky may have stretched the furthest, at least in terms of medium. Her vessel “Cambré” is an upside-down version of the tutus worn by ballerinas in Degas’ “Deux danseuses.” That pastel piece is among the impressionist artworks in Electra Webb’s collection, and the subtle tones the painter incorporated into “white” are echoed in Zynsky’s delicate, glass-thread piece.

That artworks — in traditional and new media — continually evolve from their forebears is a central idea inspiring the Shelburne Museum’s contemporary exhibits. Will the works made by this invitational group appear at the museum? As a matter of fact, four have quietly arrived already, though they’re not displayed together.

Zynsky’s glass piece resides, appropriately, in the Degas room of the Electra Havemeyer Webb Memorial Building. Elizabeth Berdann’s recreation of a Barnum & Bailey sideshow poster and miniature portraits on wooly mammoth bone can be found in the Circus Building.

These four works are on view through October 25. According to associate curator Kory Rogers, the eight artists aren’t likely to be exhibited together, “but there’s a strong possibility we’ll see the other four next year,” he says. “At least we now have relationships with these artists and can work together in the future.” Stay tuned.

In other news, the Shelburne Museum recently was tapped to receive the 2009 Award for Outstanding Commitment to the Preservation and Care of Collections. The honor is jointly presented by Heritage Preservation and the American Institute for Conservation of Historic Artistic Works. In the world of folks who keep old stuff alive for future generations, this is a big deal. Congrats.