Some Vermonters Are Being Forced to Return Their Unemployment Benefits 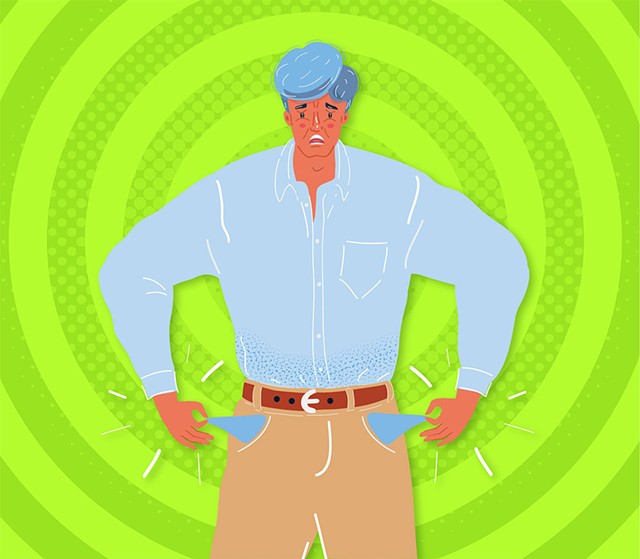 Matthew Mitchell and his boyfriend, Rodraco Ealey, were headed to their jobs at the Capitol Plaza in Montpelier last July when their car broke down. They called their boss, who offered to pick them up. But they declined, wanting to deal with their car situation first.

The two sides dispute what happened next: Their boss says they quit; Mitchell says they were fired, which would entitle them to unemployment benefits. Mitchell and Ealey applied and received a combined $13,000 until October.

Soon after, a judge reviewed their case and sided with their boss. Those who quit their jobs aren't eligible for unemployment. Now the state wants every penny back.

"I'm constantly on edge. It takes me a while to fall asleep," Mitchell said. "We're on the verge of selling what little we have and — I don't know. I try not to think about it every day. It gives me too much anxiety."

Mitchell and Ealey are two of hundreds, maybe thousands, of Vermonters who have been told they must repay unemployment benefits the state thinks they received in error. The retroactive determinations often occur because the department, the applicant or the employer erred somewhere in the filing process.

"We're on the verge of selling what little we have." Matthew Mitchell tweet this

While the Vermont Department of Labor has reported an uptick in fraudulent behavior during the pandemic, the vast majority of Vermont's overpayment cases involve honest mistakes, legal advocates say, and many bills are forgiven. But those that aren't can result in thousands of dollars of debt.

"People have no idea [it's coming], and they can't plan for it," said Kelli Kazmarski, an attorney with Vermont Legal Aid, a nonprofit that mainly serves low-income and working-class clients. "It's devastating for folks to get these notices."

Overpayments have spiked during the pandemic as jobless claims surged nationwide. Last fall, Texas sought to recover $214 million from 260,000 claimants; Colorado reported 29,000 overpayment cases; and Ohio said it overpaid more than a quarter of those approved for a federal pandemic program — about 162,000 people in total.

The extent of Vermont's problem is far murkier: Of the 100,000 people who filed for unemployment last year, the state has no idea how many people it's told to pay it back. Nor can the state say how much money is at stake, nor how many overpayments it has waived. That's because the labor department has never tracked that information and says it does not have the staffing nor technological resources to do so now.

"In [other] states, it may be as easy as running a query or a report and pulling a data point, but we don't have that capability," Labor Commissioner Mike Harrington told Seven Days last Friday. His department has a decades-old computer system and, prior to the pandemic, ran one of the smallest unemployment programs in the country. "We would literally be pulling staff off of processing benefits and deciding that claimants should wait longer for benefits in order for us to be able to provide this information."

The pandemic had already exposed staffing and technology issues at the labor department. Unemployment claims took weeks to process last spring as thousands of people were suddenly laid off. And state leaders are still dealing with the fallout of a disastrous mailing mishap that sent the wrong 1099 tax forms to tens of thousands of people last month, a mix-up that exposed Social Security numbers and other personal information.

Overpayment cases have gotten less attention, but the problem is significant. At least a third of the 700 people who have contacted Vermont Legal Aid about unemployment since last March had received overpayment notices, Kazmarski said, though the figure is likely much higher.

"Overpayments are one of the biggest issues right now," she said.

In many states, the problems stem from the Pandemic Unemployment Assistance program, which Congress created last year to cover gig workers, part-timers, seasonal workers and others who do not qualify for traditional benefits. The federally funded program was started up at lightning speed, prompting a rash of administrative errors.

But Vermont Legal Aid says most of its clients were enrolled in the state's regular unemployment system. That's likely because the labor department relaxed some of its typical standards to meet last year's unprecedented demand, allowing questionable claims to slip through the cracks.

Prior to the pandemic, only those who had been laid off for reasons that did not involve misconduct were eligible for unemployment. Vermont expanded the criteria last year to cover people who voluntarily left work due to COVID-19, a lack of childcare or the need to care for a sick loved one. But people who quit for other reasons remain ineligible.

Both applicants and employers must report information about job separations to the state labor department; claims with conflicting narratives go through an adjudication process. But some businesses didn't immediately respond to requests from the state last spring and summer. With so many people desperate for aid, the labor department often gave applicants the benefit of the doubt. Discrepancies were only caught months later.

After losing their appeals, Ealey and Mitchell now expect the state to withhold a combined $1,000 a month from their future paychecks. Ealey has found part-time work, but Mitchell remains unemployed. The pair has exhausted their savings.

"Today, I was going through our stuff to see what we could sell on Craigslist," Mitchell said last week.

States face pressure to recoup overpayments, as the U.S. Department of Labor threatens financial penalties for those that fall below specific accuracy measures. Vermont has run a tight ship of late, reporting an improper payment rate of less than 5 percent during the three-year period ending in June 2020. It has also been one of the most forgiving states, waiving more than 25 percent of improper payments compared to a national average of 2 to 3 percent.

Those percentages are only based on a small sampling of claims, however, and Vermont, like many other states, has temporarily stopped sending quarterly reports to the feds so it can focus its efforts on processing claims.

People who receive overpayment notices can argue their case before a judge at an appeal hearing, and the state labor department says it "often" waives debts when claimants are not at fault. But when the department believes a claimant willfully misrepresented their situation, it almost always seeks the money back.

Who's to blame for overpayments is often subjective. The state says most cases involve some degree of claimant error, while Kazmarski, the attorney, said the labor department could have prevented many overpayments. She's had several clients with limited reading skills or English proficiency who were unable to reach someone at the department to guide them through the application process.

"If the department had dealt better with language barriers for these folks in the beginning," she said, "they never would have been in overpayment."

Jeetan Khadka, a case manager for AALV, a nonprofit that assists New Americans in Vermont, has worked on 16 overpayment cases during the pandemic. In some instances, the department approved an initial claim despite the applicant clearly indicating they had quit their job, he said. Khadka has secured appeal hearings for seven of his clients so far. With the help of Vermont Legal Aid, all have earned forgiveness, resulting in the waiver of a combined $66,000. 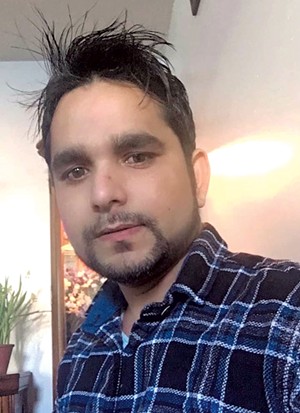 Tula Kadariya, a 39-year-old Winooski resident, left his job at Twincraft Skincare last spring. As his family's sole provider, Kadariya wanted to keep working. But his wife's medical history put her at an increased risk of succumbing to the virus, and his time in a Nepalese refugee camp had shown him how an infectious disease can swiftly devastate a community.

When coronavirus case counts started to rise last spring, Kadariya quit, assuming that he would still be eligible for unemployment because of his situation at home. But he misunderstood a question on the benefits application and reported he'd been fired.

In August, the labor department caught the discrepancy and sent him a bill. When he saw the amount — $8,500 — he felt faint. "I couldn't really think or process it," Kadariya said in a phone interview, with Khadka translating.

Kadariya appealed the decision with Khadka's help, telling the judge about his wife's medical situation. As he waited three months for a hearing, Kadariya made several $250 payments to the state, terrified that any delay in repaying the money would negatively impact his credit and jeopardize his goal to one day purchase a house.

Though he eventually won his case and was refunded, he said he would "think twice" about signing up for any more state services.

The threat of overpayment notices has even had a chilling effect on those who haven't received them. Khadka said he has heard from several people who no longer want benefits out of fear they might have to pay them back.

"People are really scared that they're going to lose everything," Khadka said.

The labor department's recent struggles have state leaders considering how to bring it into the 21st century. A proposed $3 million appropriation from Gov. Phil Scott's administration this year is intended to jump-start the efforts. But Harrington, the labor commissioner, estimates it would likely cost up to $35 million to create an entirely new unemployment system.

Though he eventually won his case and was refunded, Tula Kadariya said he would "think twice" about signing up for any more state services. tweet this

"The way we build the system in the future will be very different," he said, "based on what we've learned during COVID-19."

Kazmarski hopes that's true. She said her organization plans to advocate for more state resources, because most overpayments appear to have roots in outdated technology or a lack of staff training.