by Alice Levitt and Stacey Brandt 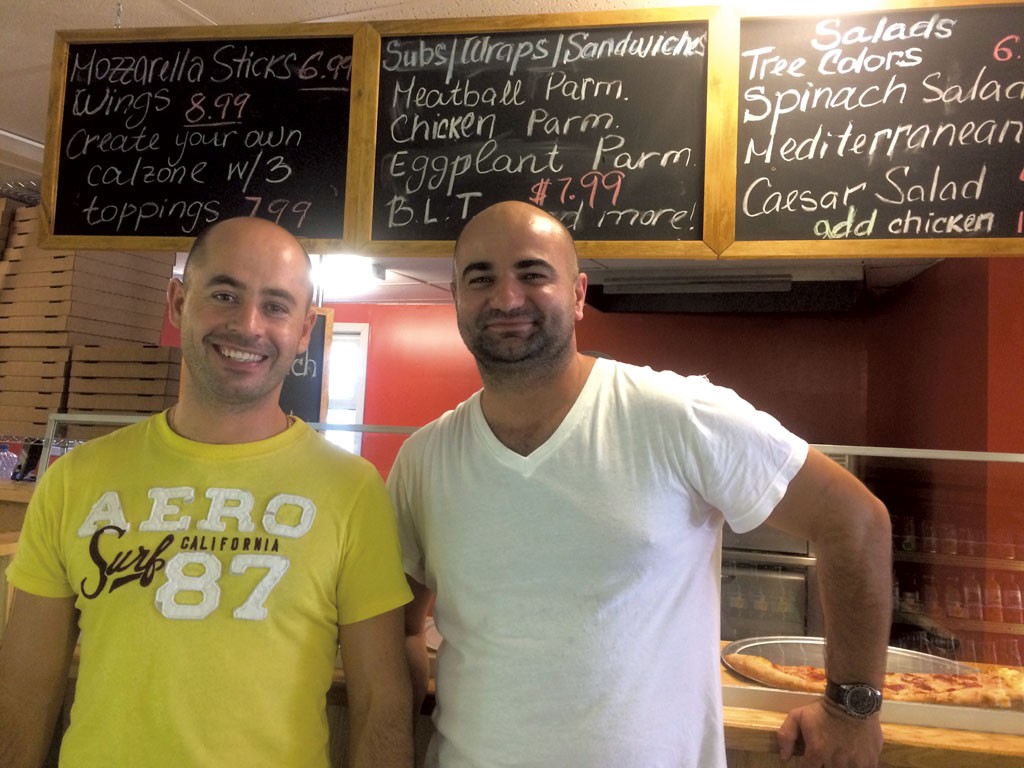 Sofia's Pizzeria has returned to St. Paul Street in Burlington. Well, sort of. Owner Omer Alicic is slinging his pies and calzones once again, but now it's as Sofia's Deli at Neighborhood Market at 457 St. Paul.

Fans will still be able to dig into Alicic's Manhattan Stromboli, filled with homemade meatballs, but he says his new location next to Panacea Pizza means he's de-emphasizing his doughy creations. Instead, he and business partner Vasile Roman are focusing on sandwiches, wraps and pasta. McKenzie country classics meats fill most of the sandwiches, but besides the meatballs, Sofia's also serves up made-to-order eggplant and chicken Parmesan over pasta or on subs. Fans of European fare can pick up Bosnian smoked meat and European cheeses.

But the back case is a particular treasure trove for Eastern European food lovers. A small New York company is behind the indulgent smetannik, or sour cream cake. Ten varieties of cake are in stock, including caramel, honey and almond.

To celebrate what began as a soft opening last week, Sofia's will serve free Michigan dogs to all guests on Saturday, August 29, from 11 a.m. to 5 p.m.

In the eyes of Kurt Staudter, the executive director of the Vermont Brewers Association, breweries fail for three reasons: crappy beer, undercapitalization and lack of business sense. For the past year, he and Gregory Dunkling, director for the business of craft beer program at the University of Vermont, have been tackling the latter issue. Their collaboration has resulted in a new, online program at UVM that will equip 30 to 40 students with business chops suitable for the craft-beer industry.

The three-month course caters to college grads with one to five years of marketing or business experience, as well as individuals already working in the beer industry. "The objective is for people to go through a 12-week deep dive into the craft-beer sector," says Dunkling. After a mandatory crash course in craft-beer fundamentals, students must specialize in digital marketing, sales or operations.

The certificate program will begin in February. Dunkling says he plans to offer the class three times a year and to expand enrollment as interest increases.