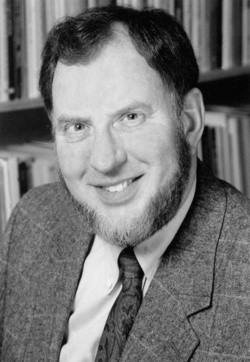 Want to lower crime in your neighborhood? Raise voter turnout? Increase your life expectancy? Robert Putnam suggests that you raise some capital — social capital, that is.

The idea is that social networks, even informal ones, have value. You increase it every time you go to Town Meeting, or volunteer at the food bank, or have a few friends over for dinner. Putnam explored the concept in a 1995 article which later grew into the influential 2000 book, Bowling Alone: The Collapse and Revival of American Community. In it, he points to Roper polls and lifestyle surveys that show well connected communities are healthier, better educated, less dangerous places to live.

The book also trots out dozens of charts and graphs to show that by most measures — church attendance, PTA membership, the number of people who actually stop at stop signs — Americans' social capital is falling, and fast. It has been on the decline since the middle of the century. One of Putnam's indicators — membership in bowling leagues, which has dropped precipitously since it peaked in the 1960s and '70s — provided the intriguing title.

Putnam speaks about this trend at Middlebury College on Monday. Since the publication of Bowling Alone, he's been employed as a professor of public policy at the Saguaro Seminar, an initiative of Harvard's Kennedy School of Government. Last year, he and his colleagues published Better Together, a book that focuses on how to reverse the trend. Putnam lives in Cambridge, Massachusetts, and has a home in Jaffrey, New Hampshire.

SEVEN DAYS: In Bowling Alone, you noted that Vermont has one of the highest social-capital scores in the country. Why is that?

Probably there's also something in the tradition of Town Meetings and of local civic activism that goes back a long, long ways.

SD: In your book, you also cited a study by Frank Bryan saying that attendance at Town Meetings dropped by almost half from the 1970s to the 1990s, from 27 percent to 15 percent. I checked the Secretary of State's website, and it looks like it's dropped another five percentage points since 1998.

RP: They're about to abolish the Town Meeting in my hometown up in New Hampshire. It's happening much more rapidly now even than it was earlier.

SD: Does this mean that our social capital is declining in Vermont?

RP: Well, you know, social capital is not the kind of thing that you can literally measure year by year and second by second. You really have to measure it, as I did in Bowling Alone, over a period of decades. But with one exception, I don't see any reason to believe that there's been any reversal of the trends I described.

The one exception is 9/11. I've actually written a little bit about it. The short effect of 9/11 was strongly, powerfully positive on almost all forms of social capital and social connection. But you didn't need me to find that statistic — all of us knew. I'm sure if we had a "hugs index," it would have skyrocketed after 9/11. People felt closer to one another, and not just to their nearest and dearest, but also to people all across the country. And our data shows that that was true.

That's the good news. The bad news is that there's always a spurt like that in community mindedness, even after a snowstorm in New Hampshire, or in Vermont. People, for a while, feel a little more comfortable, a little friendlier with their neighbors. And after a hurricane, or a flood, or an earthquake, there's always a little bump up in all these measures of community mindedness. There was a bump like that in Oklahoma City after the Murrah bombing.

And the bad news is, we know the half-life of those spurts — after a snowstorm it's a couple of weeks, and after a hurricane, it's about six months. After the bombing in Oklahoma City, it was about 18 months.

I only know of one exception to the general rule that these spikes go away quickly, and that's Pearl Harbor. The Pearl Harbor spike never went away. People who lived through Pearl Harbor and World War II were more civically engaged all the rest of their lives. They're now in their seventies and eighties, and they're like the Energizer Bunny. They're still voting more than other people, and joining more, and giving more. It's really an incredible generation, statistically speaking.

SD: So what's happened to that 9/11 rise in community mindedness?

RP: You don't need an academic to tell you this — for the most part, it's almost all gone. There's a little bit left. You can see signs of it in a few places, especially among younger people who lived through 9/11, the ones who were in high school or college at the time of the attacks.

SD: Since publishing Bowling Alone, you and your colleagues at the Saguaro Institute have been studying ways to build social capital in the absence of a traumatic event. What are some of the ways to do that?

RP: We published a book last year, Better Together, which looks at 12 case studies around the U.S. of people who have successfully, in their little part of the world, reversed the trend.

I'm going to talk some about that in Middlebury, about an evangelical church in Orange County, California, and a dance group in Portsmouth, New Hampshire, and a youth group in Waupun, Wisconsin.

SD: It seems like the challenge is to make people want to be civically engaged, to make them see involvement as something other than a duty or a chore.

I think there are lessons from some of the inventions of the previous period of social capital building 100 years ago. Take the Scouts, for example. Here's the story: you're living in a growing town, and lots of kids — urchins — are running around. They don't have friends, they don't know anybody. It's certainly not the life Huck Finn was talking about living in rural America in the middle of the 19th century.

And a guy comes to town and says, "Have I got a deal for you. Shorts. And beanies. And little badges. And it's going to be just like Huck Finn's friends on the banks of the Mississippi."

And the amazing thing was, it worked. I'm not trying to enter any of the current public debates about the Scouts. I'm thinking of it as a social institution. It does two things at once. It has a very clear civic motivation, which is summed up in the motto — "A scout is trustworthy, helpful, friendly, courteous, kind, obedient, cheerful, thrifty, brave, clean, and reverent." And then you pair that very clear, civic, moral message with pure fun — camping.

Just reflecting on my own life, I was hanging out in the Scouts because I really liked camping, and going out in the forest and earning all these merit badges. And it certainly was not broccoli, but along the way, I was learning "trustworthy, helpful, friendly, etc."

SD: I see some of that happening with the development of fun, user-friendly tools that connect people online. Do you?

RP: We have four major social capital projects right now, and one of them is on the Internet. In particular, we're looking at forms of Internet activity, which have the potential for creating new, real face-to-face connections which didn't previously exist. The general category is called "convening technologies," but the one that we're doing the most research on is Meetup. com. It uses technology to enable you to meet people you didn't otherwise know, and would not have otherwise ever met, but you actually do meet them, and it's not just a cyberfriend; it's someone who actually could bring you some chicken soup.

We did a lot of research around the country last summer. We went to a large number of meetups, and actually sat down with the dachshund owners of Seattle, or the stay-at-home moms of Dallas, or the wiccans of New York City. We know that people are actually making new contacts in these groups. They begin by talking about dachshunds or Harry Potter, or whatever the topic is, but they do make new friends, who they then go off to have coffee with, or share a commuting ride with. So it's actually a real generator of new social capital...

But it has the possibility to become one more screen in front of which people sit without actually connecting with real people. I'm definitely not a cyberphobe, but I'm also, maybe because of my age, a little skeptical about whether the Internet is just going to automatically fix all our problems. Too often over the last 10 years, people have said, "Ah, this new Internet invention is going to turn out to render friendship irrelevant." And then it doesn't. So I'm a little on the cautious side.