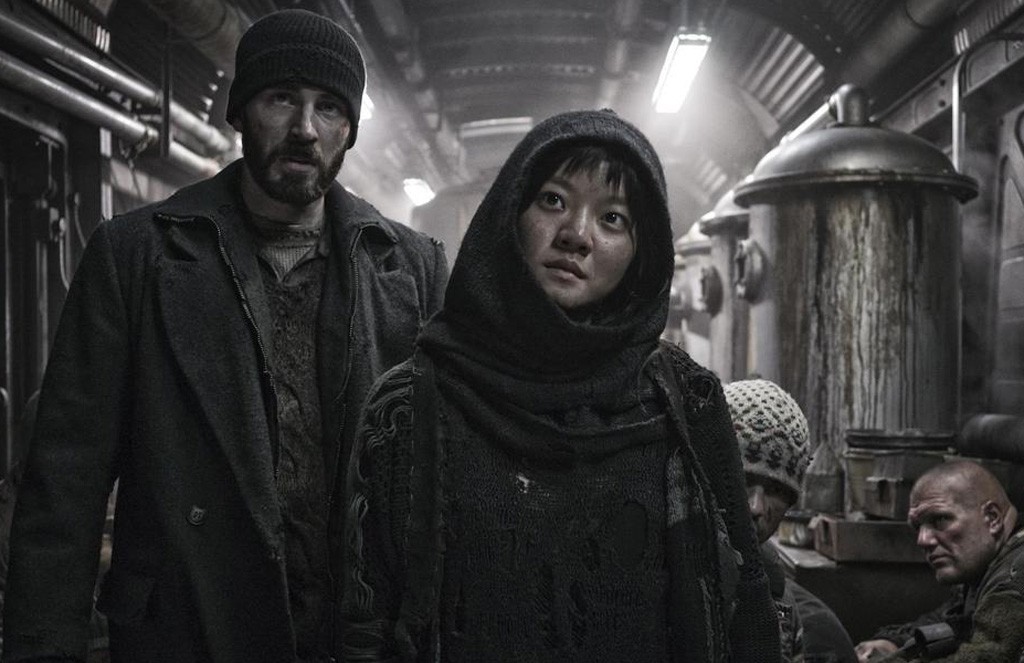 Can you see Snowpiercer right now on your TV, laptop or phone? Yes, you can. But don't. Anyone who feels nostalgic for the days of beautiful, bizarre science fiction should catch director Bong Joon-ho's film on the biggest screen possible.

Stylistically, Snowpiercer is the steampunk heir to Terry Gilliam's Brazil, full of grime, grit and tarnished elegance inspired by the Depression era. Dramatically, it replays the claustrophobic class conflict of Titanic with less romance and more bloodletting. Is it profound? Maybe not, but the film offers so many fleeting, layered fascinations for the eye and mind that it's hard to care.

The premise, drawn from a French graphic novel, is as outlandish as they come. The year is 2031, 17 years after a device designed to stop climate change turned the Earth into a popsicle. The only humans left alive in this frozen wasteland are those who managed to board a high-speed train that circles the globe powered by a perpetual engine. Built as a luxury ride for the 1 percent, the Snowpiercer has become a modern-day ark.

Yet social distinctions persist. The film opens in the train's tail section, where dirt-caked peons crowd into bunks and subsist on protein cubes. Inspired by cryptic messages, Curtis (Chris Evans) and his friend Edgar (Jamie Bell) plot a rebellion that could take them all the way to the front of the train. These have-nots have never seen the world of the elite passengers, only endured the ruthless decrees handed down by a deliciously despicable Tilda Swinton, who sweeps around in furs like Cruella de Vil.

The director makes the smart choice to limit the viewer's knowledge, as well, so that each successive train car is a discovery. Some offer ambushes and intricately orchestrated, ultra-violent battles; others unfold wonders and absurdities. And many add colorful characters to the international ensemble, such as a drug-addicted security expert (South Korean star Song Kang-ho) and his psychic daughter (Ko Ah-sung).

The movie's rigidly linear structure mirrors the train itself. It also encourages our identification with Curtis, though he's neither a particularly sympathetic nor an indelible character — despite late revelations that take Evans far from his usual straight-arrow Captain America gig.

The hero's placeholder quality is probably for the best, because it ensures that we have mental space to absorb everything else Bong throws at us. And he throws plenty, be it exposition or character actors in juicy, small roles or battles staged to make the deaths actually matter.

Unlike other filmmakers wedded to excess (think Michael Bay), Bong gives it all a rhythm. As he showed in his monster movie The Host, he cares as much about character beats as action. Many of the characters in Snowpiercer verge on Dickensian grotesques. Viewed individually, they lack development, yet as a group they ooze believable opportunism and desperation that keep their confinement in the train from feeling like a gimmick. Train-as-world metaphors are only slightly less hoary than ship-as-world metaphors, yet by the end, this one resonates.

Snowpiercer isn't a heady art film for viewers who shun summer blockbusters. Rather, it's a movie for viewers who like what summer blockbusters promise — action, archetypes, high concepts, eye candy — while bemoaning the lack of creativity in those films' execution. Compared with the over-test-marketed behemoths, Bong's film takes risks — jarring stylistic shifts, startling reveals, potentially alienating information overloads — and splashes its creativity all over the screen.

But it should be a big screen. Unless you have an exemplary home theater, shrinking Bong's world will feel as wrong as cramming humanity's last survivors into a filthy train car.