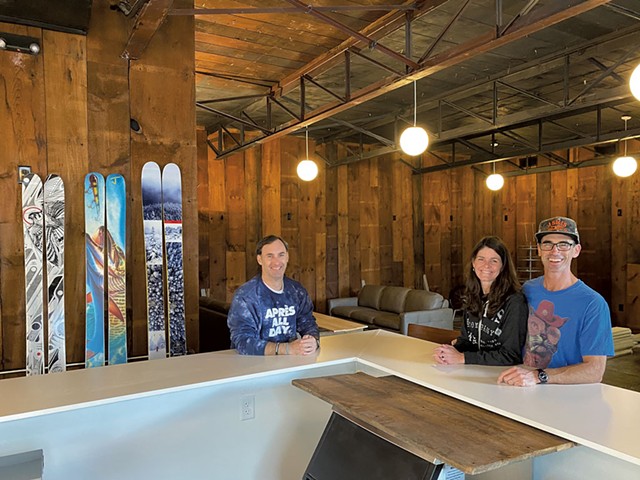 J Levinthal, 50, has been a trailblazer in ski design since he started LINE Skis in 1995. He founded the online ski company J Skis in 2013. "Our customers constantly ask us if they can visit when they come into town," Levinthal said.

Now they can visit — and have a drink before or after shopping. J Skis is scheduled to open its first retail store, at 247 Main Street in downtown Burlington, in mid-November. The 4,000-square-foot building, formerly O'Briens Salon, will also house an all-ages lounge and bar.

"We have lots of tourists and locals who are passionate skiers and snowboarders and no central gathering place for like-minded people to hang out," Levinthal said.

The bar and lounge will be contiguous with the retail space, which J Skis will share with Ski the East, a Vermont-based clothing and gear company. Levinthal clarified that it will not be a late-night venue. "It will be very inclusive, welcoming all ages and all levels of experience," he said.

The renovated space boasts 300-year-old barn-board walls and will be decorated with ski and snowboard memorabilia. A large screen will show downhill snow sports movies, and guests will be able to play on-theme video games.

All drinks will come in cans — from soda and Red Bull to Pabst Blue Ribbon and IPAs — and the food menu will consist of basic snacks, such as popcorn and pretzel bites.

"It'll be like hanging in the parking lot after a good day skiing, showing your friends what you just shot on your GoPro," Levinthal said. "We crack a cold one; you're good to go."