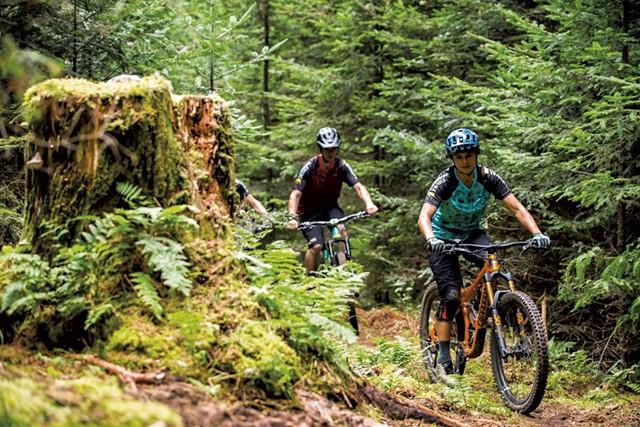 For a Northeast Kingdom hamlet with just 1,700 residents and two stores, East Burke is a busy place these days. Burke's small ski area, Burke Mountain Resort, has welcomed visitors for half a century. But now the town's Kingdom Trails bike trail network is gaining renown; it attracted about 135,000 visitors in 2019. The rural area has drawn more newcomers than usual during the pandemic.

Kingdom Trails, which is run by a nonprofit conservation association, was founded in 1994 and is still expanding its network of trails, selling memberships to users. Kingdom Trails visitors now clog Route 114, the town's once-sleepy main street, on busy summer weekends, and new businesses have bloomed to meet their needs.

"Kingdom Trails has changed everything in Burke." Bud Santo tweet this

While nobody expects the town and its attractions to grow into the proportions of resorts such as Stowe or Sugarbush, locals and town officials have been planning since 2017 for the busier days ahead. A new growth study commissioned by Kingdom Trails was released in April.

"Kingdom Trails has changed everything in Burke," said Bud Santo, who has built a cluster of seven high-end log cabins for vacationers on land he owns in East Burke. He plans to put up an eighth cabin this year. Santo said he and his wife have more than 750 repeat clients who book every summer.

"It's hard to get into the cabins right now," said Santo, whose business is listed for $2.7 million on Zillow. "We have bookings for 2022."

This spring, a Connecticut couple is putting the finishing touches on their new Dirt Church Vermont microbrewery and event space, just up the road from East Burke in East Haven. A new restaurant, the Orange Rind, opened in 2019.

Allan MacDonald launched Next Trick Brewing in 2017 in West Burke, 3.5 miles from East Burke. He does a brisk business thanks to a campground next to his property, which is popular with bicyclists.

"If they're at the campground, they find us," he said.

East Burke has two thriving stores across the street from each other, and other businesses are springing up, such as the Inn at Burklyn, a neoclassical mansion that was restored last year to a luxurious 14-room B&B that connects to the Kingdom Trails network.

"We think about 28 new businesses have popped up in the last 10 years," said Abby Long, executive director of the Kingdom Trails nonprofit. 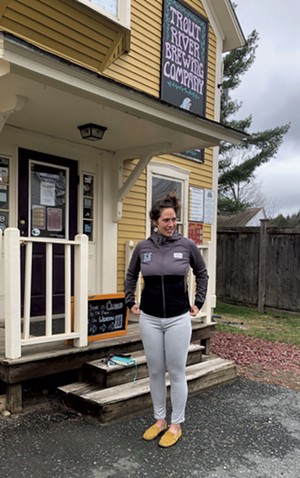 The latest study focuses on fixes to the clogs that jam Route 114 on busy weekends, including better parking, signs and road crossings.

"When it gets crazy, I'll stay away from East Burke because there are people parked all along the roadways," said MacDonald. He said customers who don't want to wait in long lines at East Burke beer venues find their way to his place.

The growth study consultants also sketched out plans for a visitor center located off the main road on 10 acres that Kingdom Trails owns near the two general stores. Long sees the visitor center as a game changer for its potential to unite the Kingdom Trails community and enhance collaboration.

"We envision it not just being a place where memberships and information are distributed, but a community hub that holds rooms for programming, community events and office space," she said. "And parking would come along with the facility."

The Kingdom Trails network connects to the bike trails available at neighboring Burke Mountain, and riders use the resort's parking spots in the summer. "We're two different organizations for sure, but we work really well together," Long said.

The 70-year-old Burke ski resort is now in receivership as a result of legal problems facing its parent company, Jay Peak Resort. Burke Mountain Resort isn't for sale, though it will be at some point, said general manager Kevin Mack. Meanwhile, the 116-room hotel it opened in 2016 sees steady business from skiers, bikers and destination weddings year-round.

Like other businesses in town, the ski area relies on Canada, just 40 miles to the north, for about 40 percent of its visitors.

"I didn't budget for it to be open [this season]," Mack said of the Canadian border. "My expectation is that it's not going to open anytime soon. If it does, great — I'm not planning around it."

As it stands now, the ski area isn't making money, though Mack said if it hadn't been for COVID-19, he would have expected the resort to be profitable in 2020. Season pass sales have grown each year since 2016, and revenues rose from $6 million in 2014 to $9 million in 2019.

"If COVID hadn't interrupted that rhythm, we would have continued" seeing revenues rise, he said.

It's not easy doing business in northern Caledonia County, one of the most sparsely populated areas of the state. Essex County, Caledonia's immediate neighbor to the north, is something of an outlier in Vermont. It's home to just 165 businesses covered by unemployment insurance and had a jobless rate of nearly 5 percent in March, compared to 2.9 percent statewide.

The area's real estate market stands out, too, for the fact that there are deals to be had in and around Burke. A recent Zillow search showed 27 listings in Burke, including a couple of high-end homes, and many pieces of land. Like its neighbors in more populated areas, Burke has a lot of offerings featured on short-term rental sites such as Airbnb, which still had 21 reasonably priced listings available this week for Memorial Day weekend.

"There is certainly nothing wrong with that," she said of the new arrivals, noting that they are good for the local economy. "The only downside sometimes is, for younger couples, it's more difficult to find a reasonably priced home." 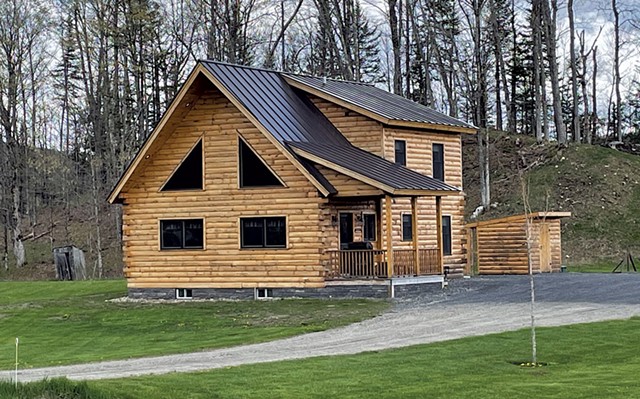 Back in 2017, locals and town officials worked with the Vermont Council on Rural Development on a wish list for Burke, including cultivating an inclusive and welcoming culture, creating a diverse and vibrant economy, and supporting outdoor activities. Like all resort towns, Burke seeks to balance economic growth with retaining its rural charm and character.

That last goal isn't rocket science, said Mike Harris, who has worked in Burke's town government for 35 years as a selectboard member, town administrator, development review board member and now zoning administrator. Finding balance involves pragmatic issues such as wastewater, traffic control and smart parking solutions. Like Long, he thinks the welcome center will be a game changer for East Burke.

"We developed bylaws specifically based upon how folks wanted to see the town grow," Harris said, referring to Burke zoning bylaws written in 2007. "I don't think anyone wants to see their community over-congested and completely overrun every week of the year."

In fact, Long said she wasn't hired to increase the popularity of Kingdom Trails, but to help create a path forward that would maintain a high quality of life for residents.

"My goal when I got here was to shift the focus back to the community," said Long, who has been in her position for three years. She earlier served as executive director of a recreation trail-based community development nonprofit in Leadville, Colo.

Long noted that much of the trail network is on privately owned land that local residents have opened without compensation.

"Our rural infrastructure was feeling the stress and pressure and congestion" of the crowds, said Long. "Stress was being placed on our community members. Kingdom Trails needed to be managed better."

The original print version of this article was headlined "Kingdom Trials | Sleepy Burke, home to a thriving bike-trail network, plans for its (busier) future"