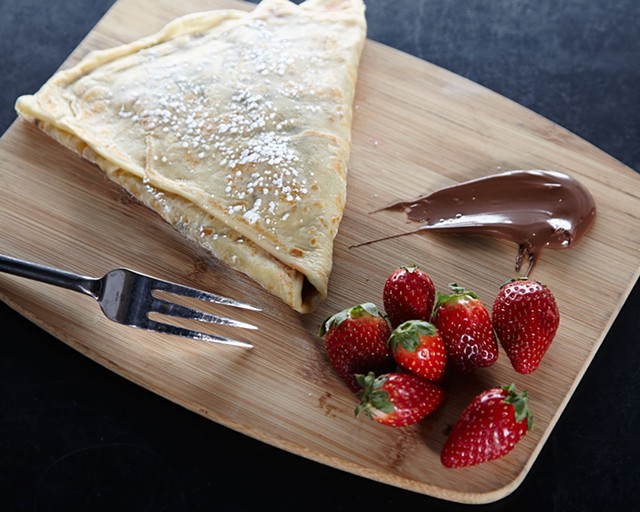 The Skinny Pancake will debut a new menu at its Burlington waterfront and University of Vermont locations starting March 1, according to a press release. Other Skinny branches will launch the new menu in coming weeks.

The changes include the addition of four new savory crêpes and three dessert crêpes, along with a handful of breakfast items, salads and appetizers.

To devise the menu, which also features a new design, the Skinny formed a "palate committee," according to owner Benjy Adler, and "dug deeper into sourcing locally."

Says Adler in the press release: "In considering this menu overhaul, we started by defining two guiding principles: 1. Every bite of every product must taste OMG always, and 2. We continue to prove that local food can be affordable and a good value."