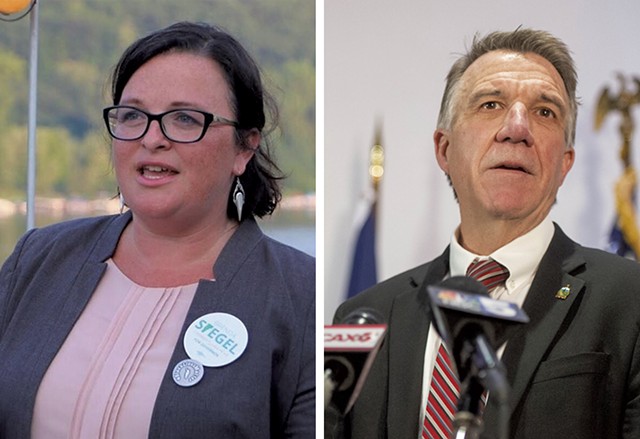 A day earlier, Scott refused to sign H.505, which the legislature passed on May 2, claiming that the bill contained “absolutely no recognition of the often-disastrous health and safety impacts of using drugs like fentanyl, heroin, cocaine, methamphetamines.”

In addition to eliminating the cocaine-sentencing disparity, the bill would have created a Drug Use Standards Advisory Board. That body would have guided drug sentencing policy and recommended legal personal-use possession levels with the goal of “preventing and reducing the criminalization of personal drug use." The panel would have been advisory only and under the control of the Vermont Sentencing Commission.


Scott said he supports treating drug and alcohol use as an illness, but argued the bill fails to recognize the role that law enforcement plays in “tracking down and stopping the dealers who seek to poison Vermonters — including children — for profit.”

Supporters of the bill contend that by blocking it, Scott was effectively preserving a racist status quo that punishes possession of crack cocaine more harshly than powder cocaine. For example, current sentencing laws consider a person caught with 150 grams of powder cocaine to be trafficking, with penalties of up to 30 years in prison and $1 million in fines. For crack cocaine that amount is much less: 60 grams.

“The War On Drugs is both racist and classist and to veto a bill that should be such an easy yes shows the Governor’s unwillingness to use data, science and lived experience experts to meaningfully address the overdose crisis in this state,” Siegel, a Newfane drug reform advocate, said in a statement.

"H.505 would have helped to address both of these urgent crises by creating a panel of harm reduction, addiction, prevention, and law enforcement experts to advise the State on how to transition away from criminalizing people with substance use disorder,” Lyall wrote. “In addition, the law would have eliminated the racist crack cocaine vs. cocaine trafficking penalty disparity — a disparity with no scientific basis and devastating real-world impacts.”


In addition to the H.505, Scott vetoed H.534, which would have broadened the  nonviolent crimes that could be expunged from a criminal record.

House Speaker Jill Krowinski (D-Burlington) called the bills “important pieces of our criminal justice reform work this year” and the vetoes “deeply disappointing.” She noted that the drug sentencing panel was advisory only and its recommendation “would still get the full and thorough review of the legislature before a bill would be passed and sent to the Governor.”

She added: “If the governor continues to veto bills that Vermonters are counting on for a more equitable and just future, I simply do not know how we can make the progress we all know is critically needed for the health and well-being of future generations of Vermonters.”