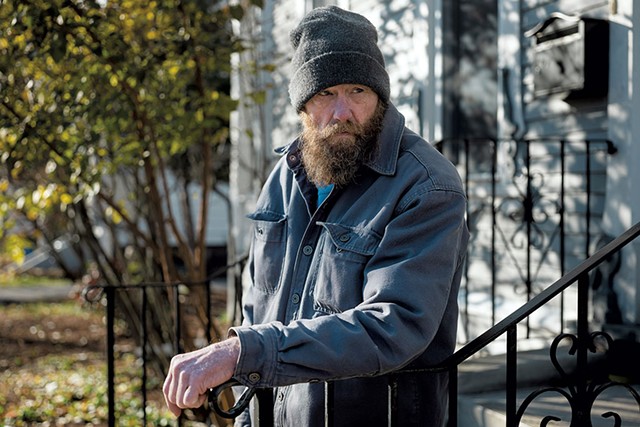 For residents trying to stay sober at Phoenix House, a family of group homes in Vermont, the arrival of Thanksgiving this year brings little respite. Two days afterward, many will be homeless.

On November 4, the 14 or so male residents at the Elmwood Avenue location in Burlington gathered for a meeting, where on-site staff announced that their house would close for good on December 1. Later, the move-out date was pushed up to November 27, leaving the residents with barely three weeks to find a new place to live. Residents of the regional nonprofit's two other homes, in Brattleboro, are in the same boat.

Phoenix House, like many sober houses in Vermont, has long provided a landing spot for people coping with substance-use disorder when they are released from prison or inpatient treatment. The residences offer a cheap place to stay and housemates who can help one another through the early stages of recovery. Phoenix House New England, a financially troubled, Rhode Island-based nonprofit, has been the largest provider in Vermont for years, accounting for 90 of the state's 212 beds in 2019.

"It's not right, the way they treated their staff in Burlington here. It's not right for the clients." David Miner tweet this

Its abrupt closure is a serious setback for David Miner, a 62-year-old resident at the Elmwood Avenue house. The soft-spoken, bearded man has lived there alcohol-free since his release from prison in August after a driving-under-the-influence conviction. He started working as a dishwasher for a mainstay Church Street restaurant and earned a discounted rent at Phoenix House by taking on a role as house resource coordinator.

Since the closure was announced, several of his roommates have relapsed, according to Miner and another source who works closely with the men but was not authorized to speak to the media.

"It's not right, the way they treated their staff in Burlington here," Miner said of the organization. "It's not right for the clients."

Phoenix House's demise is the latest, largest and most chaotic in a string of recovery residence closures in Vermont. Together, the closures identified by Seven Days amount to roughly half of all beds that were tallied in a 2019 needs assessment commissioned by Downstreet Housing & Community Development.

The trend is worrisome at a time when substance misuse and overdoses have soared, erasing years of progress in reducing the toll. A record 157 Vermonters died from opioid overdoses last year, mostly from fentanyl, and 129 died in the first eight months of 2021 alone.

The Phoenix House closures are "tied to the bigger picture of how bleak everything is," said Cameron Lauf, interim executive director of Turning Point Center of Chittenden County, Burlington's peer-run recovery center.

Sober houses, a virtually unregulated industry, have an increasingly mixed reputation in Vermont. Historically, operators have taken a near zero-tolerance attitude toward substance use, meaning residents who relapse with drugs or alcohol can be kicked out more quickly than through a standard eviction. Some clients swear by the congregate living arrangement and the accountability it demands. But to others, the philosophical framework seems outdated and even counterproductive.

In 2019, the Vermont Alliance for Recovery Residences created a certification process to improve quality. But a big shake-up occurred this summer, when the Vermont Department of Corrections redirected much of its grant funding away from sober house providers such as Phoenix House and instead to programs that help provide individual apartments.

Stable housing is crucial for people beginning the typically rocky road to recovery, which often involves relapse. In recovery residences, tolerance for one resident's slipups can conflict with the obligation to maintain a drug-free environment for everyone else.

People who leave the houses aren't always better off. The DOC found that in fiscal year 2020, only 40 percent of people who exited DOC-funded transitional housing programs moved into permanent housing — far short of the DOC's goal of 60 percent.

"We couldn't justify continuing to fund programs that were accomplishing the opposite of what we wanted them to accomplish," DOC housing administrator Emily Higgins said. 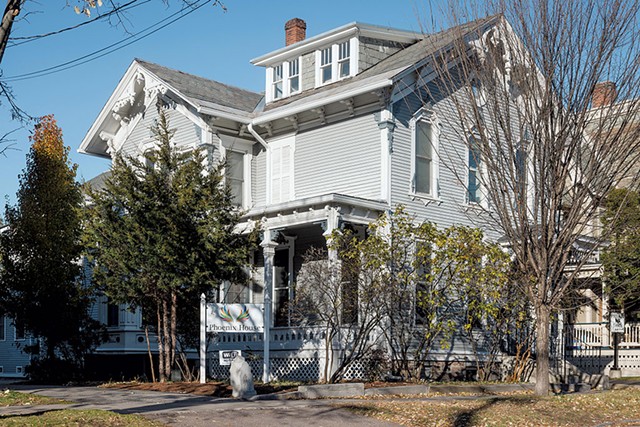 All five of Phoenix House's locations in Vermont — in Barre, Bellows Falls, Brattleboro and Burlington — relied on the state for much of their funding. The Barre and Bellows Falls locations closed in June, immediately after the DOC stopped funding them. So did Northern Lights, a Howard Center-run residence for women in Burlington where two residents died of overdoses one morning in January.

Phoenix House's Brattleboro and Burlington residences stayed open for several more months, largely because the Vermont Department of Health agreed to nearly double its financial support once the DOC stopped.

"We have heard loud and clear from our recovery partners that recovery residences are a valued part of the continuum of care," said Megan Mitchell, director of clinical services for the health department's alcohol and drug abuse programs.

The industry's financial struggles in Vermont are not universal, and the state's Agency of Commerce and Community Development is preparing to distribute $1.4 million in federal block grant cash to help support recovery residences in Barre, Bennington, Essex and Johnson, a spokesperson said. Some other providers have been opening recovery residences in previously underserved parts of the state. They tend to be smaller and have a different operating model than Phoenix House, which had round-the-clock staff support and provided access to clinical services.

But the closure of the remaining three Phoenix House locations was not unforeseeable. In January, a Rhode Island judge granted the nonprofit's request to appoint a "special master" with the powers of a receiver who could oversee its failing financial situation. Phoenix House New England told the court that it sought to dissolve "in a manner that is as minimally disruptive to its clients and stakeholders as possible," the Providence Journal reported at the time.

"We just couldn't lose money in it any longer." Pete Mumma tweet this

In an interview last week, president and CEO Pete Mumma told Seven Days that his organization, which reported $26.5 million in revenue in 2019, has been unable to balance increasing costs with flat funding from the states it relied on for financial support. Phoenix House New England had 250 employees across programs in Rhode Island, Massachusetts, New Hampshire and Vermont, Mumma said. He was paid $245,000 in 2019, according to tax filings.

The Vermont homes in particular have been losing money for years, even before the DOC ended its contract, Mumma said. The Burlington program was behind roughly $18,000 on rent to the Burlington Housing Authority, which owns the historic building, according to interim BHA executive director Paul Dettman.

Phoenix House has found organizations to take over its residential programs in the other states, Mumma said. The Howard Center has agreed to assume Phoenix House's outpatient treatment services in Vermont, but Phoenix House has not been able to find a new operator for the recovery houses here.

With such short notice, Phoenix House residents said they are in crisis. Almost no affordable apartments are available, and many of the remaining recovery homes don't have openings. The new DOC-funded programs to help formerly incarcerated people access apartments are taking time to fully develop.

"Realistically, the short-term solution would be to move into the emergency motels," Dettman said, referring to a state program for the homeless that was set up during the pandemic.

Not every recovery house closure has been so sudden. A 10-bed Oxford House location in Burlington's South End is also closing on December 1. The building's out-of-state owner, Janet Heineken, said she decided to sell after her property tax bill increased by $5,400 during the city's recent reappraisal.

Heineken said she fully supports the program, but she was "not in the positive" financially on the arrangement. The tax hike, she said, "was really the last straw." She said she gave the residents a 90-day notice to vacate.

A similar timeline wasn't possible at Phoenix House, Mumma claimed. After the organization liquidated its other assets, it no longer had the revenue to support the Vermont homes.

"We just couldn't lose money in it any longer," he said.

The person who works closely with Phoenix House residents in Burlington described the wind-down as a "fucking disaster" in which the only option for residents may be emergency motels that are known to have occupants who actively use drugs. Such an environment amounts to "a perfect setup for relapse."

That's a scenario that Nathan Couture, who has lived in the Brattleboro men's house for more than a year, is trying to avoid. He's on furlough from prison and had a meeting scheduled this week with his probation officer to discuss housing options. He's one of eight people on DOC supervision who still lives at one of the Phoenix House locations, the department said.

"I don't know what I'm gonna do," he said by phone on Monday as he walked to a therapy appointment. "I don't want to go to the overflow shelter."

In Burlington, Miner, the dishwasher and house resource coordinator, recently got some encouraging news. With some help from social workers, he said, he's secured an apartment near downtown that will be available in mid-December.

In the interim, Miner said, he will pay more than $600 a week to stay at a hotel. He thinks he can manage the transition. It's his roommates he worries about.

The original print version of this article was headlined "Stone Cold"