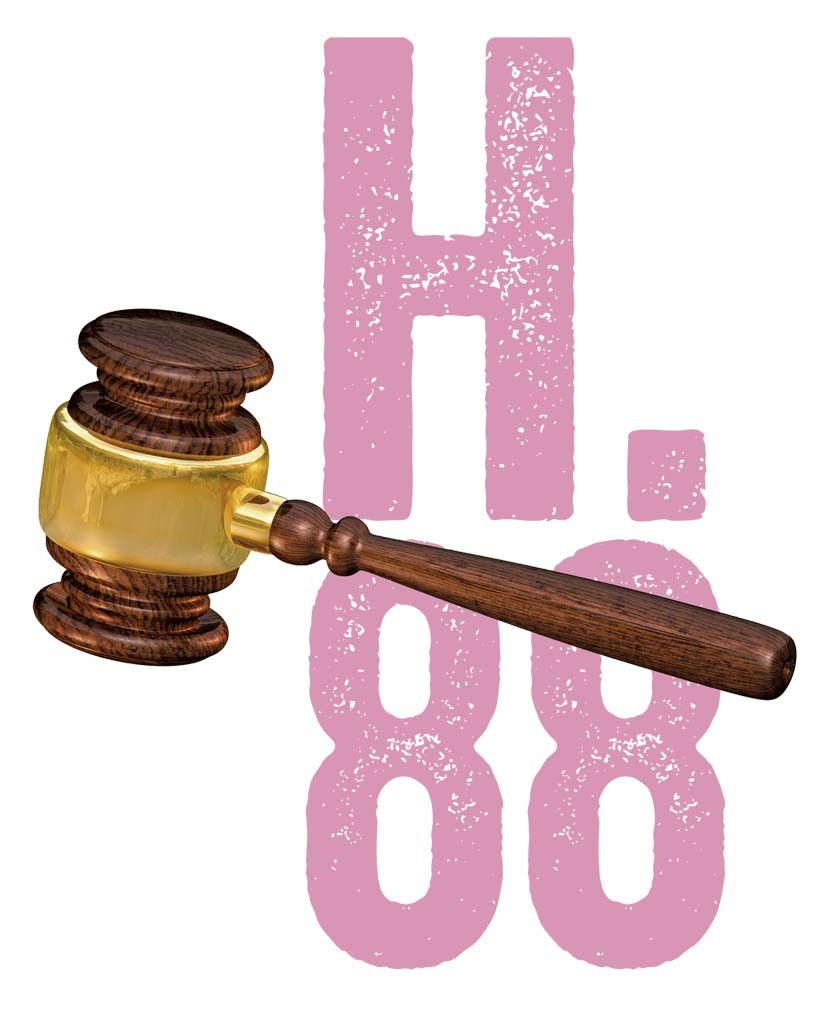 At his sentencing, Ariel Castro — the madman who kidnapped, imprisoned and repeatedly raped three girls over 11 years — suggested he could file for parental rights to the child born of one of those assaults. The judge summarily quashed the fantasy. Any such arrangement, he understated, "would be inappropriate."

Still, Castro was technically correct. In Ohio, as in Vermont and about a third of the states in the nation, a biological father maintains presumptive parental rights, even if he inseminated the mother in an act of coercion or violence.

Vermont needs a law — or perhaps needs to repeal one — to bury this monstrous relic of patriarchy.

Is H.88 that law? The bill — which passed the House of Representatives this month and awaits Senate approval — awards the victim of a sexual assault "permanent sole parental rights and responsibilities" (Vermont's term for custody), even absent a conviction, if clear and convincing evidence proves the rape occurred and the child in question was its fruit. H.88 would become Title 15 Section 665b of Vermont statute.

H.88 covers stranger and acquaintance rapists. But the law's sponsors have another perpetrator in mind: the man (and they are mostly men, in spite of gender-neutral language) who has lived and parented with, while also abusing, the victim — sometimes for years.

"It is a very, very common tactic for abusive partners to continue to control, intimidate and threaten partners through court action" — for example, threatening to challenge a mother's child custody if she reports abuse or tries to leave, says Michelle B. Fay (D-St. Johnsbury), one of the sponsors. Fay is also executive director of Umbrella, an organization that supports victims of domestic violence and their children. "This law will provide some potential relief to survivors in violent intimate-partner relationships," she says.

A righteous goal, but good intent does not always yield good law. "I don't have any problem with the intent of this statute," says Vermont Law School family-law professor Susan Apel. "But it's too broad. It would sweep within it situations we don't want to have swept." Says Hardwick divorce and parentage attorney Jan Paul Johnson: "What appears to be not complicated at all at first blush turns out to potentially be quite complicated."

The complications arise immediately after that first blush. Because, beyond granting the mother the prerogative to live with and make decisions for the child, the law kicks the alleged rapist out of the family altogether; the judge has no discretion in the matter. "The court shall not issue a parent-child contact order," it reads; any existing order "shall be terminated." Unlike a "termination of parental rights," 665b would require the man to pay child support. It includes no right to counsel. And a 665b order would be permanent and unchangeable.

"The basic right to parent is taken away forever based on clear and convincing evidence, with no attorney," summarizes Patricia "Penny" Benelli, chair of the Vermont Bar Association Family Law Section. "That goes too far." (Benelli is speaking for herself, not the VBA.)

Being shackled to your rapist through parenthood is an intolerable injustice. Losing your children without due process is equally intolerable and unjust. But the pain of adults is not the principal concern of the family court. The fundamental principle of family law is to act in the best interest of the child.

H.88 says that dealing with a former assailant is so traumatic that the victim may be unable to parent well; thus, removing that assailant is in the best interest of the child. But critics have their doubts. "Where is the child here?" asks Benelli of the bill.

Judges must now consider, among nine factors, the safety and well-being of the adult victim in determining the child's interest in custody decisions. Yet in all but the most dangerous situations, family courts do their utmost to help parents continue knowing and caring for their kids.

If parents are not equal to the task, the state helps them become so. If parents can't cooperate with each other, the court independently arranges the visits. If one parent poses a threat to the child, the visits are supervised in a public place; if he endangers the other parent, they can proceed without her involvement.

When the spouse or child must be shielded from an abuser, the court can issue "relief from abuse." But even this is temporary, in hopes the abuse can be stopped and the child reunited with the parent.

"This statute equates the child's interest with the mother's interests," says Benelli, noting the unspoken (and illegal) gender bias in H.88. "That doesn't always work. What if the mother has substance-abuse issues or is mentally ill?" Under H.88, "every victim of sexual assault, proved by clear and convincing evidence, is automatically the one and only parent this child is ever going to know."

Certain other unintended consequences leap to mind. For example: A minor woman and an older man have sex and produce a child. They break up. The mother wants the guy out of her life. She files for a 665b petition. The judge determines the parents' ages at the time of conception. Although the relationship was consensual, the law calls it statutory rape. Would this be sufficiently clear and convincing evidence? Yes, says Apel, without hesitation.

Even some supporters of the law consider it unready for prime time. "It needs a lot more thought and redrafting," says Apel.

Committee members I talked to have faith that the law will work as written. Misuse? "The clear and convincing standard is a significant protection against any false claims succeeding," Fay says. No statute of limitations? (An alleged victim can come forward a month or 12 years later.) Time will fatally erode evidence. Belated accusations of statutory rape? That scenario "seems unlikely," says Fay — though it describes the case LeClair v. Reed (2007), which illuminated the shortcomings of current law.

Even honestly used, though, H.88 is a law full of trouble. Unlike criminal prosecution or civil litigation, parentage rulings aim for peace, not justice. They try to create stable situations where children and adults can get on with their lives. Family law recognizes that families are complex, that a person can be hideous to a spouse and still do a decent job parenting, or vice versa. That perpetrator and victim are usually oversimplified ways to describe adults in a couple.

In assigning those labels, H.88 has a perverse effect. It conflates the legal innocence of victims with personal innocence — goodness. "The victim of any sexual assault is presumed to be a fit and better parent," says Benelli. The law "empowers" women by conferring moral superiority on victimization.

Assuming the victim is good, H.88 builds in no safeguards against the potential destructiveness of the instrument it creates. Abusive relationships are struggles for power and control. Divorce exaggerates that struggle; even seemingly reasonable people make false allegations of child abuse in custody battles. H.88 hands a vulnerable woman a weapon as potent as the ones it aims to prevent her abuser from wielding. Why wouldn't she try — or threaten — to use it?

Another irony of H.88 is that in challenging the genetic "right" of the inseminator, it reinforces the law's already strong bias toward biological over social parenthood. This is the same bias that denies rights to nonbiological parents in same-sex couples or to adults unrelated by blood who have cared for children.

H.88 enshrines the meeting of two gametes as the defining moment in the life of the family — so important that its circumstances can obliterate a parental relationship of any quality or duration.

But forget how the law represents women, men, sex or marriage. As Benelli asked, where are the children in H.88? Good judges take advantage of the fact that kids stubbornly love their parents. They bank on the power of parental love to move adults to change. H.88 forecloses — no, forbids — these possibilities.

By banishing fathers from fatherhood, H.88 buys justice for abuse victims with the grief of their children. That is too high a price, and surely the last thing the drafters had in mind.