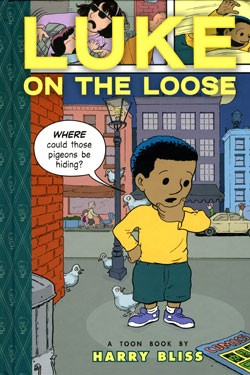 Northern exposure The recent release from Kasini House Books, History of the Northern Vermont Artist Association, is modest in size for a group in its 79th year. The 24-page, 5.5-by-7.5-inch book, really a chapbook, is written in a straightforward manner by NVAA’s current president, Jericho artist and art teacher Robert Waldo Brunelle Jr. In fact, the seventh-generation Vermonter has been prez since 1995. He’s also the witty editor of the NVAA newsletter, “Artifacts,” and maintains its website. But if that suggests a one-man show, the NVAA is not; its fluctuating membership (upwards of 250) puts up three major group shows a year, at Jericho’s Red Mill Gallery, Burlington’s Union Station and — the annual juried exhibit — Bryan Memorial Gallery in Jeffersonville. Past members whose names are sprinkled throughout the book loom large in Vermont’s art history, including Francis Colburne, Georgia Balch, Harold Boutillier and Barbara Smail. Though, as the book laments, a gallery of its own has eluded the NVAA, claiming the mantle of the state’s oldest continuing arts organization is noteworthy. Which is apparently what publisher Ric Kasini Kadour thought, too.

Incidentally, author-artist Brunelle has a current solo exhibit at Red Square in Burlington. He hawked his book at the opening earlier this month. If you missed that and would like to snag a copy, visit www.northernvtartists.org or www.kasinihouse.com.

Bliss-Filled Book Given the irreverent single panels Harry Bliss inks for pubs ranging from the New Yorker to Seven Days, one might expect his first comic book to be risqué. It’s not — because the 32-page Luke on the Loose, published in April by TOON Books, is aimed at kids ages 4 and up.

The brainchild of New Yorker art editor Françoise Mouly (spouse of Maus author Art Spiegelman), the new TOON series aims to help kids learn to read the fun way — by sounding out speech bubbles. Its website announces waggishly, “COMICS — They’re not just for grown-ups anymore!” It also promises that “Each TOON book has been vetted by educators to ensure that the language and the narratives will nurture young minds.”

Accordingly, Luke has a simple storyline: While Dad gabs in the park, young Luke dashes off in pursuit of pigeons — with predictably zany results. Dialogue is also minimal: Rather than crowding his bubbles with adults’ conversation, Bliss glosses it as “(boring dad talk)”.

Visually, though, Bliss’ vision of New York City has enough slyly funny detail to keep parents alert, even on the umpteenth reading. He’s illustrated numerous picture books, but creating both text and images gave him “much more control,” says Bliss. Will he ink more narratives, perhaps for adults? He’s “currently working on a terrific true immigrant story that will be using the form of comics.” Stay tuned.