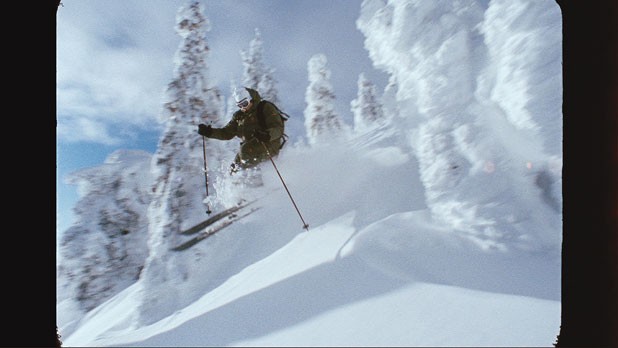 Matt “Moo” Herriger gained fame in the skiing community for his work as a cinematographer on Teton Gravity Research films. Now he’s made his own ski film, his way, much of it in Vermont. Winter’s Wind: A Journey From Life’s Beginning will have its theatrical premiere on Wednesday at Merrill’s Roxy Cinemas in Burlington.

Herriger may be best known for hanging out on the slopes in Chamonix — where Powder magazine interviewed him last December — but the film traces his love of skiing to its New England origins.

Represent ... and, on Sunday at the Roxy, catch a screening of Star Lake 98, the latest concert DVD from another phenomenon with local roots: Phish. All proceeds from that event benefit the King Street Center Kids’ Café.

It’s been a long, strange trip for Freedom & Unity: The Vermont Movie, and it’s not over. Back in 2007, filmmaker Nora Jacobson told Seven Days she was organizing a collaborative film project “to get at what makes Vermont, Vermont.” With more than two dozen local filmmakers contributing segments, her vision grew to a major undertaking. Several film festival previews and a FlynnSpace fundraiser later, Jacobson and her collaborative are now looking to raise $55,000 for the film series’ postproduction.

However ungainly it may be, Freedom & Unity is bound to prove a treasure trove of local archival footage; segments from it, packaged as a kit with a study guide, are already being used to teach Vermont history in public schools. Check out the spiffy new fundraising video, which gives a sense of the project’s scope, on the crowdfunding site USA Projects.

Find the fundraising page for Freedom & Unity: The Vermont Movie at usaprojects.org.