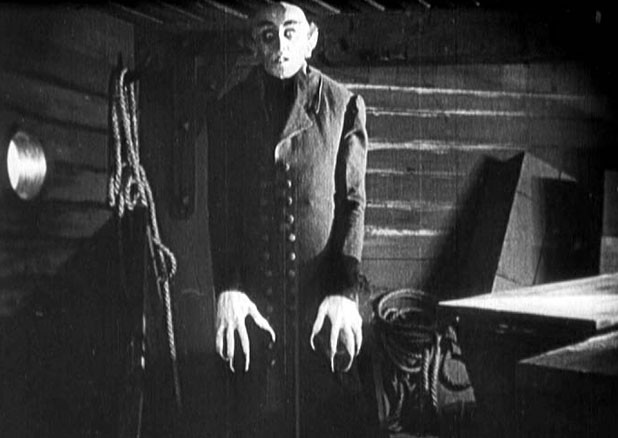 Mark your calendars and peruse the program guide at vtiff.org (or in last week’s Seven Days): The Vermont International Film Festival starts on Friday, October 19. We’ll have more details next week. For now, here’s a roundup of non-VTIFF film events — many of them happening that very same busy weekend.

Tantalized by the teaser trailer for Ang Lee’s Life of Pi? It’s screening early — Saturday, October 20, at 3 p.m. — at Montréal’s Festival du Nouveau Cinéma. In attendance will be Québecois author Yann Martel, who wrote the best seller on which the film is based. Those tix may be hard to come by. But the festival, which starts on October 10, also features the latest films from Olivier Assayas, Cristian Mungiu, François Ozon, Thomas Vinterberg, Ken Loach, Sarah Polley and more, plus showcases of shorts with themes such as “fantasy.” Horror fans may want to check out Antiviral, the debut from Brandon Cronenberg — yes, son of David. Get your advance tickets at nouveaucinema.ca.

Another screening for scarehounds to savor in the long lead-up to Halloween is F.W. Murnau’s silent Nosferatu (1922), which spawned a million dorm-room posters with its expressionist images of star Max Schreck (means “fright”) as a vampire (pictured). The Boston-based Andrew Alden Ensemble has set Nosferatu to an original score they describe as having “the sensibilities of classical chamber music and the distinct edge of rock.” Catch the quintet playing live at two screenings of the film (DVD format) on October 19 and 20 at Merrill’s Roxy Cinemas.

Sunday, October 21, will be an even busier day at the Roxy, as Burlington’s downtown theater screens two documentaries with director Q&As. For architecture nuts, there’s Coast Modern, which takes viewers through stunning modernist homes on the West Coast. For political junkies, Split: A Deeper Divide promises a welcome break from election rhetoric. The doc asks whether America can ever heal its divisions, with input from prominent partisans such as Noam Chomsky, Tucker Carlson, Grover Norquist and Nicholas Kristof.

Good news for the Big Picture Theater & Café: The two-screen Waitsfield movie house (and community and performance space) has hit its goal of raising $20,000 on Kickstarter.com toward the cost of digital conversion. Like all cinemas, the Big Picture faces an imminent choice to go digital or die, as major studios phase out the distribution of 35-millimeter film prints. The business will finance the bulk of the $60,000-per-screen estimated conversion costs, writes owner Claudia Becker in her Kickstarter pitch, but the community fundraising effort continues.

Theaters may have no choice but to join the digital revolution, but that doesn’t mean everyone’s happy about it. Bruce Posner, the film scholar who runs Ciné Salon at the Howe Library in Hanover, N.H., offers a strong dissenting voice. The title of this year’s Monday-night screening-and-lecture series is “Rage Against the Machine,” which, publicity material says, “will present an amazing rush of sensations that protest, rant and proffer an oppositional stance to the switch-over to an all-digital cinema.”

That means celebrating photochemical film in all its forms — including the dusty reels in your attic. On October 20, the 10th annual International Home Movie Day, Ciné Salon invites locals to bring in their own 8-millimeter, Super 8 or 16-millimeter home movies for big-screen viewing and preservation advice.

The following Monday, Posner will screen the 8-millimeter works of American artist Bruce Conner, who turned to the cheap format in the 1960s the way some filmmakers today shoot on their cellphones. On December 3, look for an appearance at the Ciné Salon by Boston Globe film critic Ty Burr.

Another local champion of celluloid, Plattsburgh film collector and historian Andy MacDougall, reports that he has applied for a grant from the North Country Cultural Center for the Arts that would help him take his “cine-interpretive center” on the road, “regionally and out-of-state.” He’s dubbed himself the “Last Picture-Show Man.”

Wednesday through Sunday, October 10 to 21, in various Montréal locations. Schedule and tickets at nouveaucinema.ca.

Nosferatu With Live Music by the Andrew Alden Ensemble

Saturday, October 20, 10 a.m. to 4 p.m. at Howe Library, Hanover, N.H. To make an appointment with a film archivist, email sukimon@gmail.com.

Every other Monday at 7 p.m. in the Mayer Room at Howe Library, Hanover, N.H. howelibrary.org