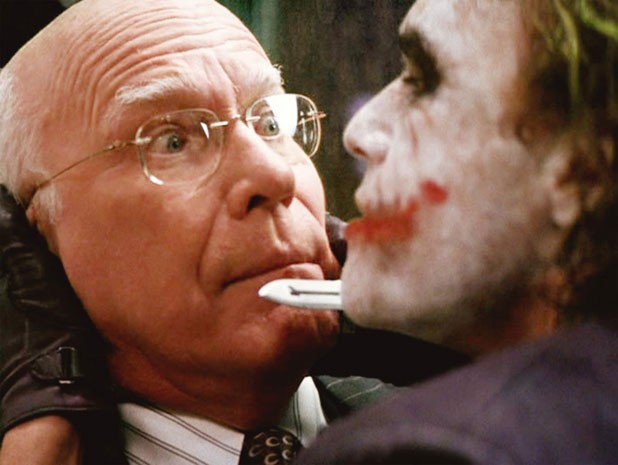 The Majestic 10 is a state-of-the-art digital theater. Movies arrive there on hard drives, not reels. But this week, says co-owner Merrill Jarvis III, the staff is installing a traditional film projector. Why? Christopher Nolan, director of The Dark Knight Rises, wants his film screened the old-fashioned way at a special event that will bring Sen. Patrick Leahy and Warner Brothers’ head honchos to the Williston multiplex.

Lifelong Batman fan Leahy is the force behind this exclusive prescreening of the anticipated blockbuster, which takes place five days before its official U.S. release. The senator has a cameo in the movie, having survived a nasty confrontation with the Joker in The Dark Knight.

That film was also prescreened at the Capitol Showplace in Montpelier, before it opened in July 2008. It went on to gross more than $500 million domestically, which may explain why the screening of Nolan’s third Batman movie has higher prices, more hoopla and tight security. “We’re very excited,” Jarvis says.

Those $100-and-up tickets will fund two institutions dear to Leahy’s heart: Montpelier’s Kellogg-Hubbard Library and Burlington’s ECHO Lake Aquarium and Science Center. But don’t expect an early review in next week’s paper — press is barred from the screening.

"The Dark Knight Rises" special screening, Sunday, July 15, 7 p.m. at the Majestic 10 in Williston. Tickets start at $100 and may be purchased at ECHO and the Kellogg-Hubbard Library by Vermont residents (ID required). For more info or to buy online, go to echovermont.org.

If you’re more invested in the great outdoors than in Gotham, you may want to check out northern Vermont’s only screening of a documentary called Beauty Beneath the Dirt. “What happens when you put a lawyer, an Ivy grad, and a city chick on the Appalachian Trail?” its PR material asks. Chicago-based director Katherine Imp and her fresh-out-of-college brother and best friend hiked the 2000 miles and documented their journey with cameras. They call it a “raw and uninhibited look” that captures both the beauty and the psychological stress of the trip.

America is going crazy for roller derby again, as the sold-out bouts of the Green Mountain Derby Dames attest. That national excitement is captured in a new documentary called Derby, Baby! A Story of Love, Addiction and Rink Rash, narrated by Juliette Lewis. It’s currently on the festival circuit, but you can see it next week at a screening hosted by the GMDD, with 50 percent of ticket sales funding their quest to rule the rink.