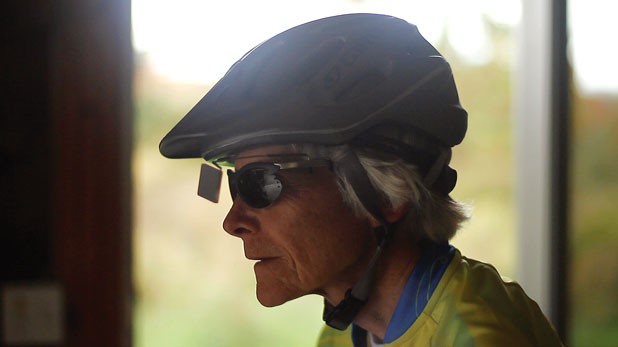 On Friday, the annual LunaFest, a benefit for Vermont Works for Women and the Breast Cancer Fund, brings a program of nine short films to Burlington. They include narratives, documentaries and animation — all by and about women. This year, one nonfiction selection profiles Georgena Terry, founder of Burlington-based Terry Precision Cycling.

Terry doesn’t live in Vermont, but filmmaker Bess O’Brien does. Catch her speech at the reception.

Speaking of O’Brien, her husband, Jay Craven, will premiere his new movie this week at five locations. Northern Borders, based on the Howard Frank Mosher novel, stars Bruce Dern and Genevieve Bujold and was shot and produced locally with the help of students in Craven’s Marlboro College-based Film Intensive. Look for six Vermont and New Hampshire actors, as well.

Scoop up tickets, and you can meet some of those actors, along with Mosher and crew members, at the reception preceding each screening. Craven plans to take the film on a 100-town tour this summer.

Northern Borders is among the attractions at the St. Johnsbury edition of the Green Mountain Film Festival, taking place all this weekend with most screenings at Catamount Arts. Look for talks from New England documentary filmmakers such as Burlington’s Mira Niagolova (Welcome to Vermont).

It’s National Autism Awareness Month. Rich Everts, father of an autistic child, increased his own awareness by visiting affected families around the country and chronicling the process in his documentary The United States of Autism. See it — and meet the filmmaker — this Thursday at Merrill’s Roxy Cinemas.

Want to watch George Romero’s zombies munch on human flesh to the eerie strains of the live, Boston-based Andrew Alden Ensemble? The musicians return to the Roxy this weekend for five performances accompanying the original Night of the Living Dead and three scored to the silent version of The Phantom of the Opera. Think of it as a horror fan’s version of watching the Met in HD.

Speaking of horrors … how about those medical bills? A new local documentary critiques “corporate health care” from the doctor’s perspective and argues for patient-focused reform. Made on a micro-budget by Windsor physician Richard White and his son, Nathaniel White Joyal, “Doctors We Know: Vermont” will have its Chittenden County premiere and fundraising kick-off this Sunday at Burlington’s Signal Kitchen.

Also on Sunday, the Vermont International Film Festival kicks off Global Roots, its series of monthly films “from mother countries of New Americans living in Vermont,” including Croatia-Macedonia-Serbia-Slovenia, Nepal, Iraq, China, Mexico and Rwanda. You can see The Parade, a farce from the former Yugoslavia, at North End Studios.