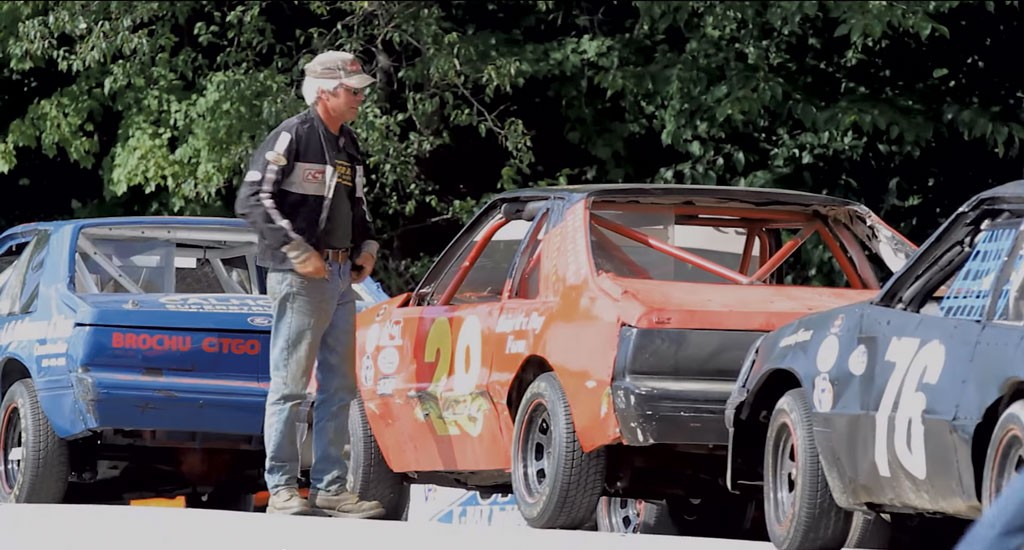 On the morning of September 11, 2001, when news of the destruction of the World Trade Center arrived in tiny Tunbridge, the town's famous World's Fair was in full swing. The rides were shut down, and for 10 minutes, fairgoers heard nothing but "the cows in the background."

That poignant snippet of history comes from "Tunbridge: A Vermont Town, a World's Fair," a new 27-minute documentary from Colchester's Mt. Mansfield Media. Underwritten by White River Toyota and directed by MMM founder and creative director Jake Cunavelis, the film doesn't just celebrate the bustle of the almost 145-year-old fair, with its midway, livestock shows, and agricultural and historical pageantry. It puts the annual event in context, profiling families who've been farming in Tunbridge for generations.

For some, the fair may be a tourist attraction; for others, it represents a way of life. "I'm the fifth generation on the property," says South Royalton farmer, fair director and former state representative David Ainsworth in the film. "The whole town's almost like a family," says Ted Hoyt about Tunbridge, which counted just 1,300 inhabitants in the 2000 U.S. Census.

Old-timers' tales and historical photos bring the earlier days of the World's Fair to life. Interviewees reminisce about the once notoriously rowdy scene at the beer hall: The saying in town was that no one ventured in there without "a fifth of liquor and another man's wife." At one point, even the Orange County Sheriff's Department ran one of the "girly shows" that turned the mid-century fair into Vermont's equivalent of Vegas.

Today, the Tunbridge World's Fair is a lot more family-friendly. "I'm convinced we would have lost the fair if we had not changed," says one interviewee. The film portrays a fresh-faced new generation embracing the fair and farming as a lifestyle. Young Anna Poulin, for instance, talks about preparing her nervous prize pig for the fair: "I had to read a book to him to get him calmed down."

When fair time comes around, of course, everybody's a kid again. Plenty of adults could second the sentiment of one youngster in the film: "I couldn't sleep last night, 'cause I was so excited about it."

Sadly for those of us mired in January, the Tunbridge World's Fair won't come around this year until September 17. For a taste of the excitement, view the doc on YouTube or at tunbridgeworldsfair.com.

A Change.org petition with 100 signatures as of December 30 entreats filmmaker Tim Burton to "Please consider filming the next Beetle Juice in Vermont." Does it have a chance?

In Burton's 1988 comedy Beetlejuice, as all fans of the weird and wacky know, East Corinth furnished the idyllic exteriors for the small town in which a ghost couple (Geena Davis and Alec Baldwin) sought the services of the title character (Michael Keaton) to help them haunt tacky new owners out of their home.

Since 1988, a lot has changed — but not in East Corinth, asserts the petition authored by East Topsham's Galusha Hill Farm, which runs an artist-residency program. A public letter to Burton touts the town's "many opportunities for creating unspoiled and unique atmosphere."

While we'd all love to see movie stars and crew members strolling the streets of East Corinth, there are a few problems with this proposition. First, Vermont lacks the tax incentives for film production that are all-important to today's Hollywood budgets; in 2011, the state's film commission was folded into the Office of the Creative Economy. No wonder Vermont hasn't hosted a major film production since 2000's Me, Myself & Irene.

Even more worrisome, while Burton has said he plans to direct Beetlejuice 2, he told Yahoo! Movies that "I wouldn't call it so much a sequel." While Keaton's return is likely, that of Davis and Baldwin — and their unspoiled New England town — seems much less so.