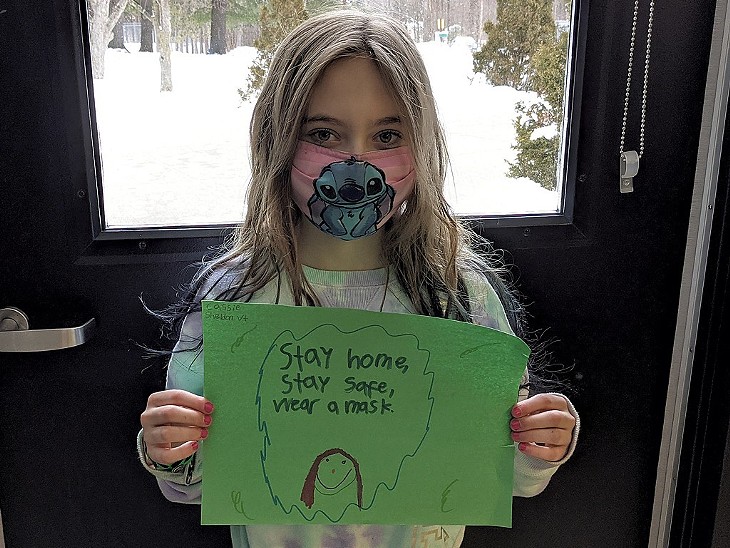 When Joseph R. Biden was inaugurated as the nation's 46th president on January 20, people viewed the proceedings live from their kitchen tables, couches, home offices and workplaces. Or, in the case of many Vermont schoolchildren, from their classrooms.

Becca Shute's fifth graders at Sheldon Elementary School in Franklin County were among them. Shute said her students watched the swearing in of Biden and Vice President Kamala Harris, as well as Biden's speech and national youth poet laureate Amanda Gorman's recitation of her poem "The Hill We Climb." The class also talked about how Harris was the first vice president of Black and South Asian descent. "I got really emotional," said Shute, noting that students expressed their excitement, too.

After the inauguration, students shared what they learned or noticed from the ceremony, and many thanked her for giving them the experience, Shute said.

Biden's Inaugural Committee had prompted Americans to share their vision for the country's future in eight words or less, so Shute's class made signs displaying their messages and filmed a video set to music by Taylor Swift in which they held up their signs.

Said Shute of her students: "They make me really proud to do my job and make the challenges that have come with teaching — especially in a pandemic and through the political and social heaviness we have faced lately — so worth it, because they remind me every day why I came into this profession in the first place."