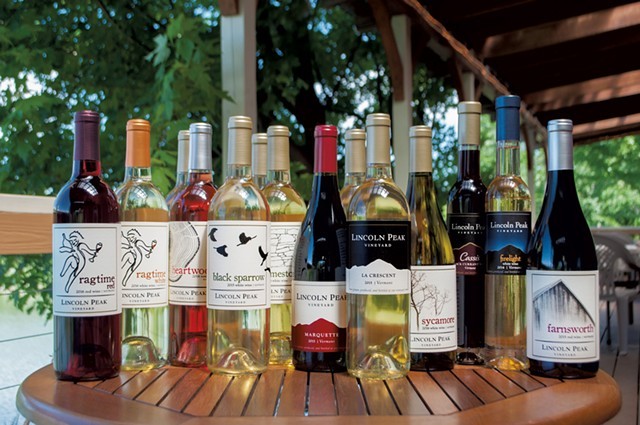 When Shelburne Vineyard founders Ken and Gail Albert first planted rows of cold-hardy marquette grapes at their new winery along Route 7 in 2006, they bought the vines from Chris Granstrom.

"We have worked closely with Lincoln Peak's founders, the Granstroms, for many years," Shelburne Vineyard announced in a newsletter on June 21. "When Chris Granstrom recently decided it was time to retire, we were honored that he approached us to work with him, and that we could carry on the legacy he's built." 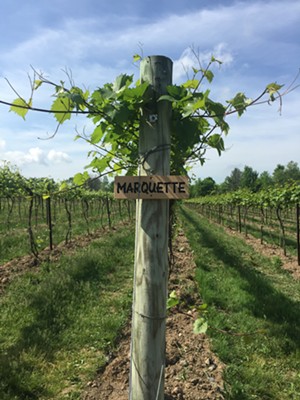 Lincoln Peak's wines first hit the market in 2007. But before that, Granstrom was operating a grape vine nursery at his New Haven farm. He was one of the first licensees for the University of Minnesota’s newly developed hybrid grape program, and Shelburne Vineyard was among his first customers.

With wife Michaela and daughter Sara, Granstrom built Lincoln Peak into a successful winery and tourist destination. The family operated a busy tasting room and earned dozens of medals for its wines, including a Winery of the Year award in the 2016 International Cold Climate Wine Competition.

Reached by phone on Tuesday, the Alberts elaborated on the shared history of the two longstanding Vermont vineyards.

"I look at it as a union of two sort of pioneering grape growers," Ken said. "We've both been growing these grapes half an hour away from each other up and down Route 7, and although we might have been competitors during that timeframe, we also were colleagues."

"I think both of us have been truly engaged in our communities," Gail added. "We want to be able to simply expand that to be able to make one community of the two."

Lincoln Peak's tasting room in New Haven will reopen on July 9, offering wine tastings, wine by the glass, and a menu of local snacks. Lincoln Peak wines and a selection of wines from Shelburne Vineyard — including several from winegrower Ethan Joseph's minimal intervention Iapetus label — will be available.

For the past two growing seasons, the Shelburne Vineyard team has managed five of the roughly seven-and-a-half acres of vines at Lincoln Peak. "We needed the grapes," Ken explained. "But we learned a lot about the vines there, and got to know a little bit about what was going on in the Middlebury area."

They also learned more about Granstrom's winemaking process, he said, which will come in handy as Shelburne Vineyard continues to produce one or two of Lincoln Peak's wines — including the marquette — in the future. Customers at the New Haven tasting room will be able to taste both versions side-by-side.

The Lincoln Peak tasting room will be open Friday through Sunday from noon to 7 p.m. Live music and private events will return in 2022.