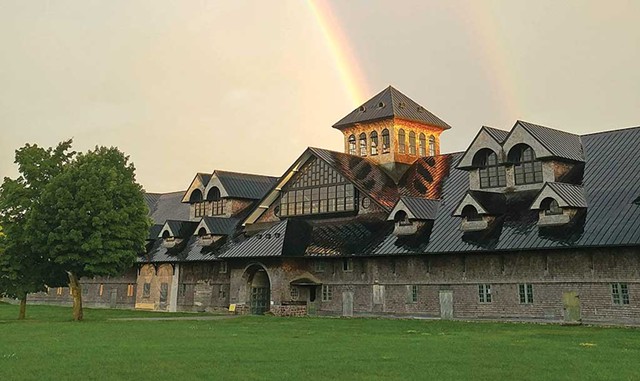 Visitors to Shelburne Farms are likely familiar with some of the property's architectural marvels, such as the five-story, castle-like Farm Barn or the stately mansion-turned-inn. But further exploration reveals another striking, if lesser-known, building: the Breeding Barn, a 44,000-square-foot structure that has only occasionally been open to the public. Shelburne Farms, an educational nonprofit, recently received a $500,000 Save America's Treasures grant from the National Park Service to continue restorations on the 130-year-old barn.

In the last 25 years, Shelburne Farms and its donors have invested more than $3 million in barn improvements, including interior stabilization, a new roof and a fire suppression system. The farm's old dairy barn, a majestic structure that stood across from the Breeding Barn, burned to the ground in 2016 after it was believed to have been struck by lightning.

The grant will allow Shelburne Farms to nearly complete the $1.3 million in renovations remaining on the Breeding Barn. The money will be used to continue restoring the barn's 688 original windows and to reshingle the entire exterior.

"It's an important part of the history of this property." Alec Webb tweet this

Terms of the grant require Shelburne Farms to match the $500,000 with private donations and to complete the projects within the next year. The farm is working to secure donations, said chief advancement officer Robin Turnau. Doug Porter, an architectural conservator and University of Vermont researcher, is overseeing the work.

The goal, said Shelburne Farms president Alec Webb, is to use the barn more frequently and to "incorporate this amazing building into an equally amazing campus for the future." He imagines it serving as an "inspiring classroom" and a space for large gatherings. When this phase of work is completed, the barn will be open to the visiting public and integrated into the farm's walking trails.

Webb's great-grandparents, William Seward Webb and Eliza Vanderbilt Webb, amassed the 3,800-acre estate in the 1880s, a portion of which is now known as Shelburne Farms. Like the Farm Barn and the inn, the Breeding Barn was designed by R.H. Robertson, a New York City-based architect who designed churches and skyscrapers in the Northeast, including Manhattan's New York Savings Bank and Park Row Building.

William Seward Webb, a businessman and politician, used the Breeding Barn to breed Hackney horses. Later, the Webb family leased it as a beef feedlot. 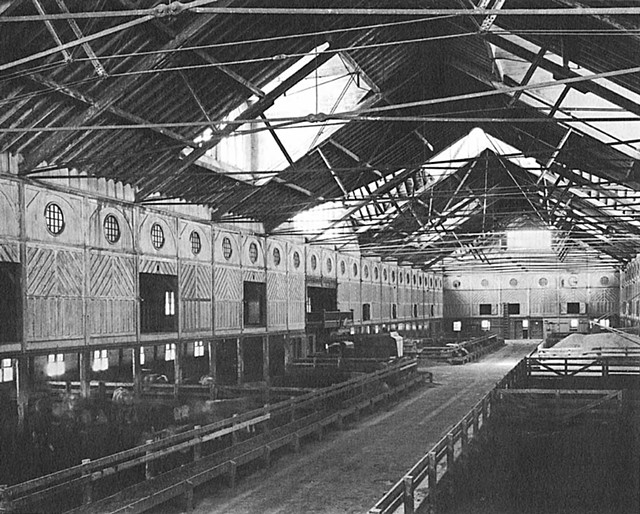 In the 1970s, descendants founded the educational nonprofit and eventually donated the property to it. Shelburne Farms was designated a National Historic Landmark in 2001, largely on the merits of the Breeding Barn, according to the organization's website.

Over the last two decades, the barn has been used a few times per year as a space for large gatherings and agricultural events. It's been dressed up in white tablecloths for the Visiting Nurse Association's 100th anniversary dinner and has hosted cattle again for a 4-H multicounty show. Jane Goodall spoke there in 2001.

It also has played a less glamorous role, as a storage space for farm equipment and gravel.

The barn features a two-acre hipped roof and a gable-roofed arched entry. Its timber frame is supported by iron elements, built by the same company that worked on the Empire State Building. Its style, according to Turnau, is unique to Roberston.

Inside, the barn is cavernous. It has great acoustics and has hosted musical performances. 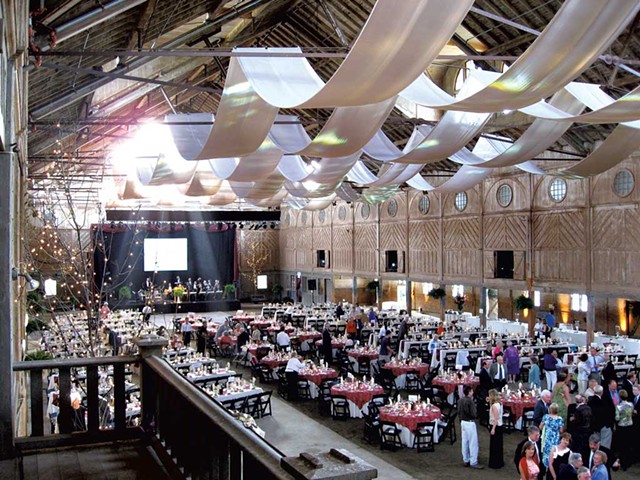 The main space is the interior exercise ring, where horses were once worked; it covers more than 31,000 square feet, nearly three-quarters of an acre. Light filters in from 28 dormer windows at the second-story roofline and from the lantern, the open tower that tops the center of the building.

When Seven Days visited, the dirt floor was neatly groomed, ready for a memorial service for Jack Lazor, the cofounder of Westfield's Butterworks Farm who died in 2020.

A New Hampshire man, Bernie Severance, was so enamored with the Breeding Barn that he spent nine years in the 1990s constructing a scale model of the building. The actual barn was built in about a quarter of that time. The intricate model is 11 and a half feet long, contains more than 260,000 pieces, and is illuminated by 60 tiny lights. It is housed in a room in the barn.

Severance said he started the model because the barn was falling down when he saw it in 1988. "I wasn't sure it was going to be there much longer," he is quoted saying on Shelburne Farms' website.

Severance, who died in May, lived long enough to see restoration begin on his beloved barn.

"It's an important part of the history of this property," Webb said. "It adds to the architectural character of the landscape in a big way."

The original print version of this article was headlined "Fixer-Upper"