Shaken Loose From Jobs by the Pandemic, Many Seek a Different Path 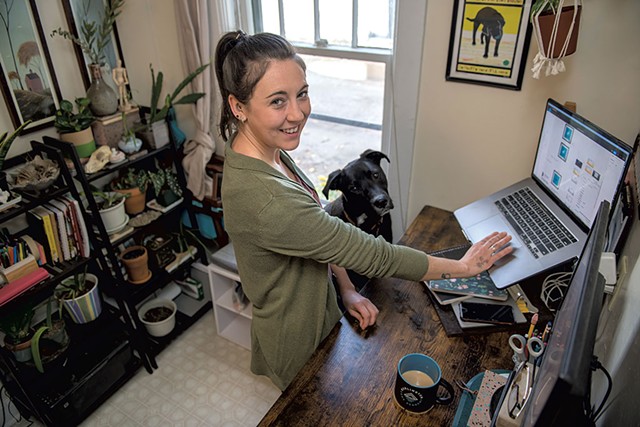 Just a few weeks after Teal Wiegand lost her restaurant job in March 2020, she knew she was ready for a career change. Restaurants that had stayed open in the early months of the pandemic offered only takeout, so tips — the bulk of a server's pay — had become largely a thing of the past.

Wiegand didn't see the hospitality industry recovering anytime soon, so the former art teacher enrolled in a three-month computer coding class. Now she supports herself as a freelance web developer.

Labor economist Lawrence Katz has called this wave "a once-in-a-generation 'Take This Job and Shove It' moment." tweet this

People are quitting their jobs in record numbers these days. According to the U.S. Bureau of Labor Statistics, the national quit rate hit a high of 2.9 percent in August, at 4.3 million. The departures spurred by the pandemic have been dubbed "the Great Resignation," a wave that Harvard University labor economist Lawrence Katz calls "a once-in-a-generation 'Take This Job and Shove It' moment."

But the newly jobless don't seem to be applying for other positions, leaving a gap that has mystified employers and economists. The Bureau of Labor Statistics reported last Friday that 7 percent of the jobs in Vermont are unfilled.

While employers were reporting a worker shortage long before the pandemic, resignations have increased since COVID-19-related shutdowns began. Many people who were laid off found themselves with the time to reassess their goals and decided to pursue training for other careers. Others can't go back to work because childcare is still in short supply. And some worry about being exposed to the virus in customer-facing jobs such as hospitality.

The lack of workers is taking a toll on businesses. Restaurants and retailers have cut back their hours because they can't find staff; companies are offering hundreds or even thousands of dollars in hiring bonuses to entice applicants.

"I am in a position now, honestly, that I have never been in 11 years," said Tina Hebb, who owns a cleaning business in Thetford. She estimated that she has turned away about 30 clients this autumn because she can't find the workers she needs. Nobody responds to her job ads, Hebb said. "By the end of the year, if I don't have staff, I'll have to close."

For some people, just having the time and space to think at all — free from commutes, social gatherings and, in many cases, work — made the difference.

Wiegand said she probably wouldn't have left serving if she hadn't been laid off. Unemployment insurance allowed her to rethink her future.

"It gave me a chance to explore options simply out of interest," she said. She ended up combining her love of art with an exploration of coding. "It just became a delightful snowball effect of: This is interesting; I am pretty good at it; this course is available in my area; now I am enrolled."

Charlotte Aurora of Duxbury had a similar experience.

"This time has been revolutionary and has provided us with a huge amount of creative brainstorming and planning time," said Aurora, who lost her job as a bartender and server in March 2020. After more than 18 months collecting unemployment and working on her farm with her husband, she has no plans to go back.

"You don't get paid enough," Aurora said of restaurant work. "And people are really rude and horrible."

Wiegand, too, said she was happy to leave some customers behind.

"Working in a restaurant is like living in the Wild West, where you never know what each day brings," she said. "Now I can work from home, and play with my dog all day, and not feel any apprehension about going to work." 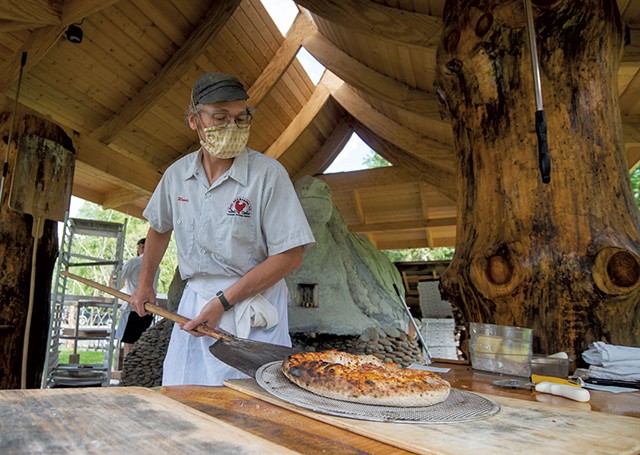 Randy George, who owns Red Hen Baking in Middlesex, said a barista recently resigned after a customer lashed out at him upon learning that he couldn't get the type of lid or straw he wanted. The lids are back-ordered due to supply chain problems.

"He said, 'That's stupid, and so are you,'" George said. The barista had been at Red Hen for two years. "That was the final straw for him. He put in his notice that day."

Alex Horner, who cofounded the Burlington Code Academy, where Wiegand trained, said applications from hospitality workers have increased from about 25 percent of new students pre-pandemic to about 33 percent today. The typical starting salary for a graduate of the $12,000 program is $51,000, he said.

Still, people are leaving their jobs in all sectors, at all income levels. Health care centers are also reporting unusual staffing problems; the University of Vermont Medical Center had 300 nursing vacancies in September.

For many workers, the pandemic opened the door to self-employment. Statistics released by Etsy, the online marketplace for artisans, show that its sellers nationwide made $13 billion in 2020, an increase of 142 percent since 2018. The company won't release data on how many of those sellers live in Vermont, though a spokesperson did say Vermonters have more than 140,000 items listed on the site.

For Aurora and her husband, self-employment means trying to live off the land, a longtime dream for both.

They survive on unemployment insurance, savings and farm income. They use the local food shelf, cut their own wood for heat, and sell meat and hemp. Aurora picks up occasional work as a health coach.

"We both have worked in the service industry as a way to survive, until we can sort of make our dreams come true," Aurora said.

Vermont, which has one of the oldest populations in the country, was already facing a wave of retirements pre-pandemic. Layoffs and health concerns related to the pandemic accelerated retirement plans for millions of older people nationally, according to the AARP.

Many other people who left their jobs still don't feel that it is safe to return. For example, a teacher resigned from Turtle Island Children's Center in Montpelier because he was worried about catching the virus at work, director Vicky Senni said.

"He got a job that pays almost double and has benefits, and he works from the safety of his home," Senni said.

Childcare, already in short supply before the pandemic, remains a huge barrier, according to Rhoni Basden, director of the job-training program Vermont Works for Women. Parents lucky enough to have their kids enrolled face a new reality: Some centers won't allow children with common symptoms such as a runny nose to return until they get a negative COVID-19 test.

"There goes the winter," said Basden, who has a 4-year-old and a 6-year-old. "They all have runny noses. That's why it's hard to make a commitment to a low-wage job."

Childcare centers themselves are struggling to staff up, because they can't afford to pay more than $12 or $13 an hour.

"It's always been hard to find workers," said Rebecca Tanner, director of Northeast Kingdom Preschool and Child Care in Lyndonville. She recently closed the childcare center for 10 days after a staff member tested positive for COVID-19. "It's definitely gotten worse in the last year. There has never been a shortage like we have now."

Many people are declining to settle for jobs that they really don't want.

Tim Farr, a longtime former restaurant worker who returned to college and then got an MBA at Southern New Hampshire University, is living on unemployment insurance of $583 per week and holding out for an office job. He's determined not to end up back in the service industry.

"I'm not looking for some job where I am pressing buttons at a cash register making a little above state minimum wage, because that would be untenable for me," he said. "I'd be in the same position I'm in right now, or worse."

Farr means that if he earns a little more money, he'll go over the benefits cliff, the eligibility threshold for programs such as the state childcare subsidy, the renter's tax rebate and Medicaid. Staying under the income threshold — a figure that varies according to program and household size — confers other advantages too, such as a state property tax reduction, heating assistance, and free appliances and services from Efficiency Vermont.

"We have to watch our income and make sure we stay under a certain amount so we don't lose Medicaid," she said.

Senni said some of her workers qualify for Medicaid.

"I've wanted to give a couple of teachers raises but, after speaking with them personally, decided not to because they would lose that, and they have young children at home," she said. "We're right on the benefits cliff."

Some employers blame the weekly federal unemployment supplements of $600, and later $300, for the disappearance of job seekers. But the termination of that benefit in early September didn't result in a rush of applications.

The labor shortage has put workers in a stronger bargaining position, and they're starting to take action to improve their working conditions. Bloomberg Law reports that labor-organizing activity is growing, including at large employers such as Starbucks and Amazon.

It's too early to say whether workers who are pressing for better conditions will succeed, said Katz, the Harvard economist.

"Maybe workers can hold out for six months and then the world will go back to the way it was before the pandemic," he told the Harvard Gazette, the university's online news service. "Or maybe the current moment reflects a permanent change in people's values and a change in their willingness to withhold labor supply, individually and collectively."

Whatever the cause, it's a moment that gave Ryegate bookkeeper Nichole Fandino no choice. She quit her office job in August after trying to juggle full-time work with caring for her 4-year-old. She has some bookkeeping clients now and is pretty sure she'll find enough to make a living.

In trying to take care of her child, her job responsibilities and herself, Fandino said, she felt as though she were failing at all three.

Said Fandino, "I was burnt out."