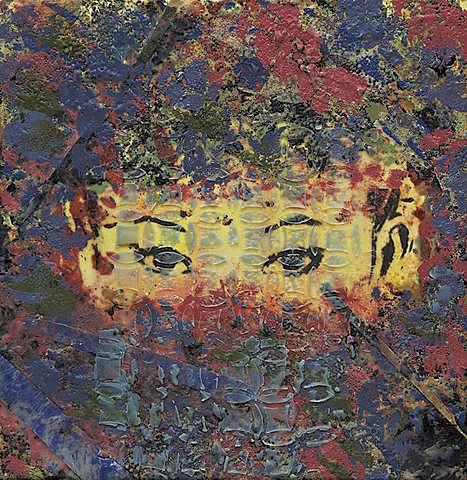 Artist Stephanie Kossmann was sexually abused throughout her childhood, was raped by family members in her adolescence and endured non-familial sexual assaults throughout her twenties. The 49-year-old Bakersfield artist wasn't diagnosed with complex post-traumatic stress disorder until about a year ago, and she only told her husband of 19 years about the extent of her trauma last month. However, art has long been a wellspring of healing in her life.

"Sometimes it takes a while to feel like you can trust and understand that people won't continue to diminish your experience," Kossmann explained. "It's much more helpful for me to approach my emotions visually in ways that I have a tough time talking about. That's where I get value in creating the artwork."

Kossmann is one of a dozen Vermont artists whose work will be featured next week in the Sexual Violence Awareness Month Art Show. The three-day event at the Hive Collective in Burlington is sponsored by two Burlington groups that address sexual violence, HOPE Works and the Survivors' Council.

The exhibit will feature 18 works of art by people of different genders who've experienced sexual violence themselves or have a loved one who was sexually assaulted.

"We didn't set any official guidelines," said HOPE Works executive director Cathleen Barkley, who is herself a survivor and a contributing artist. "We really wanted this to be open to anyone who felt that they'd been impacted by sexual violence."

Barkley noted that many people who've endured sexual trauma don't identify with the term "survivor." Though some of the art was born from violent and traumatic experiences, the exhibit should be considered family friendly and will not feature graphic imagery, she said. In fact, many of the works, such as the three that Kossmann contributed, are abstract and indirectly address such themes as resilience and healing.

The exhibit's promotional poster features an image by Burlington artist Erik Rehman, portraying a dragonfly poised to lift a woman who lies crumpled and distraught on the ground. Rehman's piece was first shown as part of a November 2011 exhibit titled "Transcendence: Mooring the Storm," a collaboration of Frog Hollow Vermont Craft Gallery and HOPE Works that coincided with the latter's name change from the Women's Rape Crisis Center.

Kossmann contributed three oil-based monotype prints, including "Softly, Wildly," which she described as a favorite. She noted that the pieces were created in 2014 and 2015, before she'd really begun to grapple with recovering from PTSD.

"I know many victims of intimate violence, sexual abuse and rape," Hill wrote in an email to Seven Days. "The prevalence is far-reaching, and every person alive knows multiple survivors."

Hill, a self-described "survivor of global abuse and neglect," wasn't specific about whether his pieces were created in response to a specific incident or trauma.

"My artwork, you see, is the accumulation of my life's experiences," Hill added. "I'm not able to tease out one aspect from another, for they all converge into a current that either drowns me or supports me. Art is very transformative."

Attendees — particularly survivors of sexual violence — might wonder if viewing the artwork will trigger negative reactions.

"I think for some people it can be very disturbing," Kossmann suggested. "And for others, they're looking for a way to connect, not only with other people who have had similar experiences, but to start to feel and honor the full extent of the impact it's had on them. Sometimes that's very difficult to do on your own. Art brings people together."

Kossmann also emphasized that none of the pieces she contributed features images specifically associated with her assaults. As she put it, "It doesn't help me personally to review those very detailed moments. I feel enough of that in my body every day."

Speaking of The Hive Collective, The Hive On Pine

Visual Art The Hive Collective The Hive on Pine